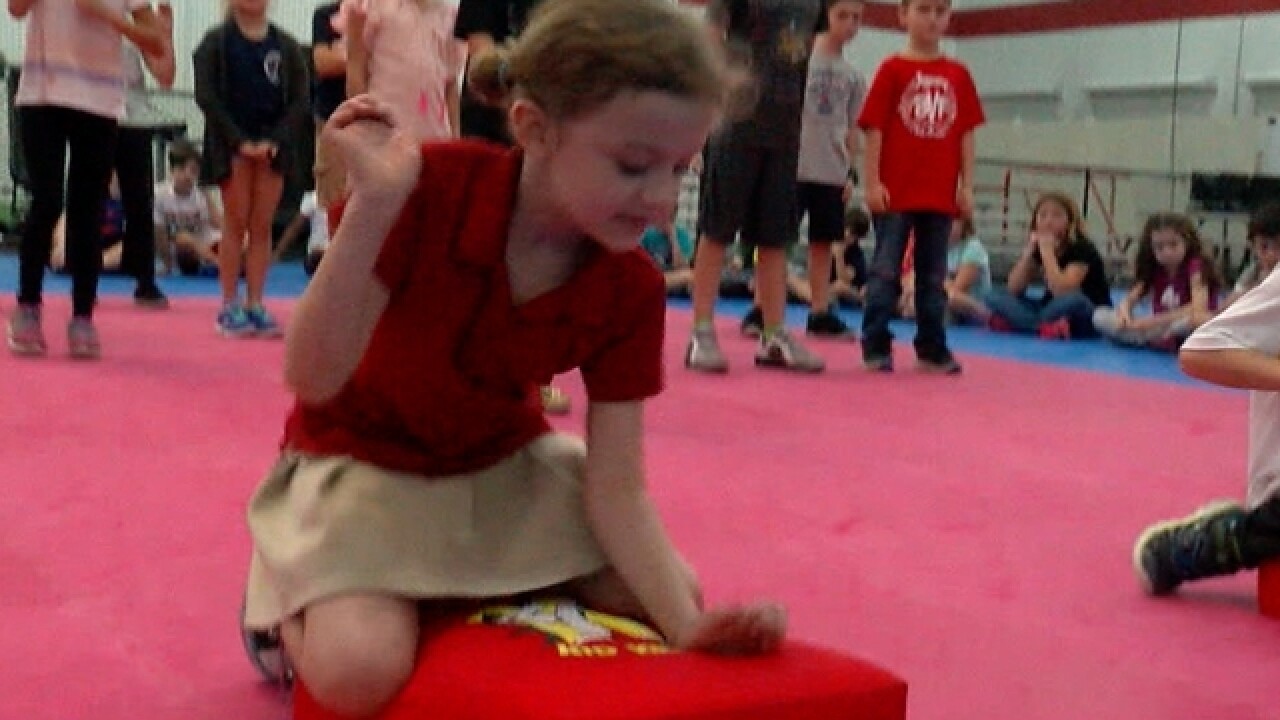 ST. PETERSBURG, Fla. -- In 2018, there have been 18 school shootings and we are only 45 days into the new year.  It is a statistic that weighs heavily on the minds of parents and students.

Those statistics were compiled by Everytown for Gun Safety  that defines a school shooting as any time a firearm is discharged on or around a campus.

We talked to some 9 and 10-year-olds at  Tim McCahan After School Sports  in St. Petersburg.   The elementary school students just took a class on how to survive an active shooter.  On Wednesday, they watched in horror reports that at least 17 people were killed during a mass shooting at a South Florida high school.

Parents we spoke to said they can't turn a blind eye to the violence consuming our schools.

"Just hope that it never happens where she is," Cynthia Ssengoba said.  Her 9-year-old daughter attended one of the active shooter trainings.

"The more she knows the lore equipped she is to deal with anything that comes her way.  Give her as many skills as I can give her so she can do the best she can.  Cause, I’m not always going to be there and sheltering her isn’t going to do her any good," Ssengoba said.

Advocates for teaching kids to run, hide, fight, play dead, and be aware of the threat say it helps kids not freeze up and panic, but, to hopefully make rational decisions.

"Fear that Coral would ever be in that position and as parents we can’t be in the school with them.  She is more confident because she knows there are choices she can make instead of being afraid and cowering," Beth Dreano said.  Her daughter Coral Burns is in the 5th grader.

"She’s got options now and I think that’s a really big deal."

Coral said she even feels more confident and "safe."

"Because you have to be worried about all these things that people might do," Coral said.  "And, you have to learn about how to protect yourself from other people if they try to do something bad."

Eight-year-old Bianca thinks she is tough. But her mother, who is unnerved by recent stories involving school shootings and abductions close to home, wants her daughter to be smart, too.

“We have health insurance. We have car insurance. So why don’t we have self-defense training as insurance for ourselves,” says Prissy Cedano, Bianca’s mom.

Teaching the grade-schoolers is former police officer Chris Sutton, head of the Cobra method. The class teaches the kids a realistic though blunt survival technique for admittedly really scary scenarios.

“We’re not prepared enough,” says Sutton. “If we understand what the event is, and have a plan for it, you chance of not getting hurt goes through the roof.”

Sutton teaches the kids real-life training ripped from the headlines, including what to do if there is a shooter in your school.

He brings the instruction to their level.

“If I’m running this way, and I know the gunman is right there, I’m keeping my backpack right here [to protect myself],” said Sutton.

He tells the kids to stay small and do not give the shooter a target.

There is also this.

“One of the things we need to teach our kids is to bite," said Sutton. "A toddler could take my finger off!”

Tim McCahan After School Sports will be hosting a free Cobra seminar for families on March 3. Everyone is welcome to attend.