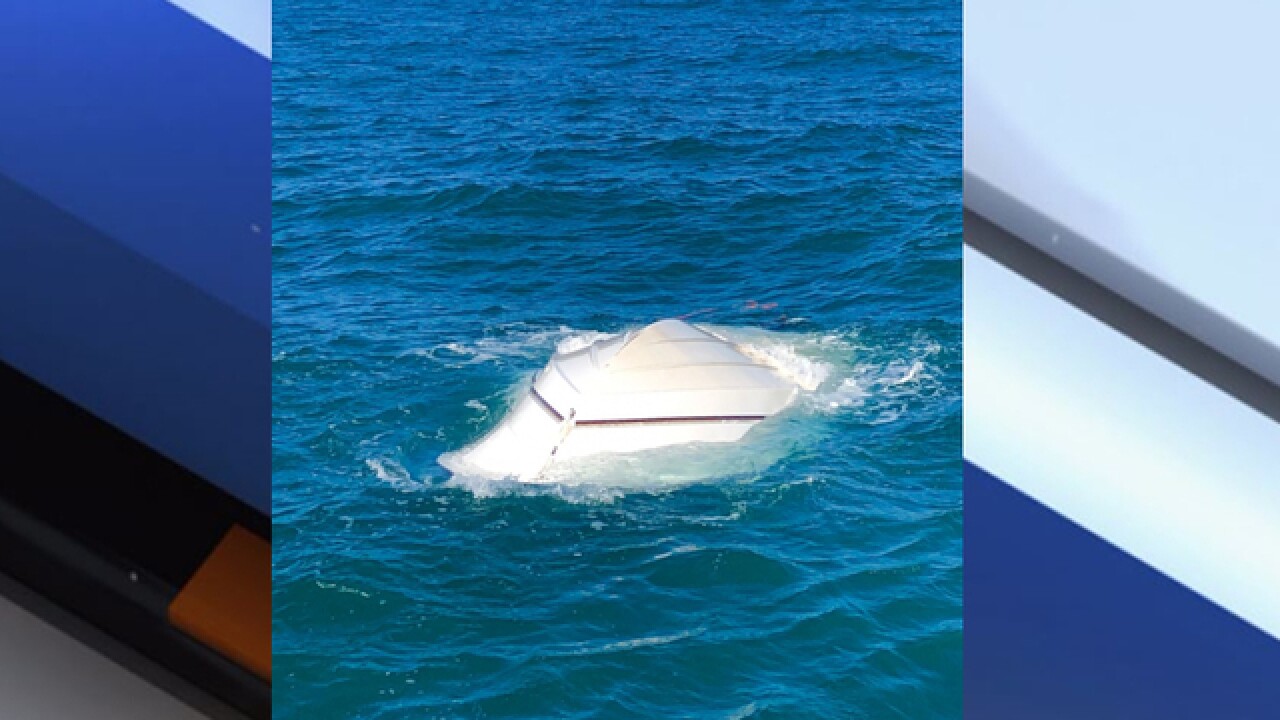 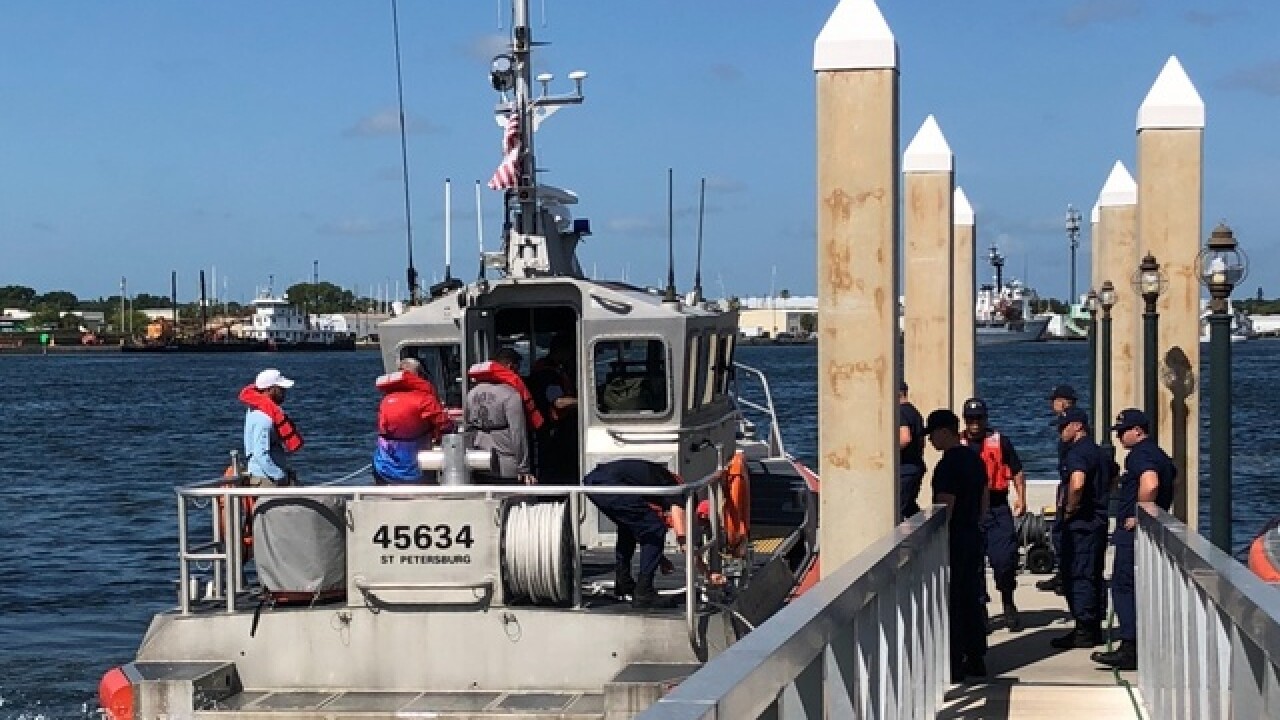 Rescued were Raul Gutierrez, 40, Jorge Gutierrez, 51, and Jose Gari, 38, all of Kissimmee.

Crews at the Coast Guard station in St. Petersburg were notified at 8:21 a.m. Saturday about a capsized boat in Tampa Bay, a Coast Guard report said. The message had been relayed from a commercial tug boat crewmember who saw boaters from the capsized vessel in the water.

The Coast Guard station in St. Petersburg issued an alert and directed its 45-foot Response Boat-Medium boat crew to the area.

At 8:35 a.m., good Samaritans responded to the alert and found the capsized 20-foot boat and pulled the three people from the water, the Coast Guard report said.

The Coast Guard boat met up with the good Samaritan crew. The USGC took the rescued boaters onboard and carried them to Station St. Petersburg.

"You can never underestimate the importance of our boating community," Coast Guard Petty Officer 2nd Class Kristen Bachicha, watchstander at Sector St. Petersburg, said in a statement. “Thanks to today’s good Samaritans and the close coordination between Sector and Station St. Petersburg we had a successful outcome.”