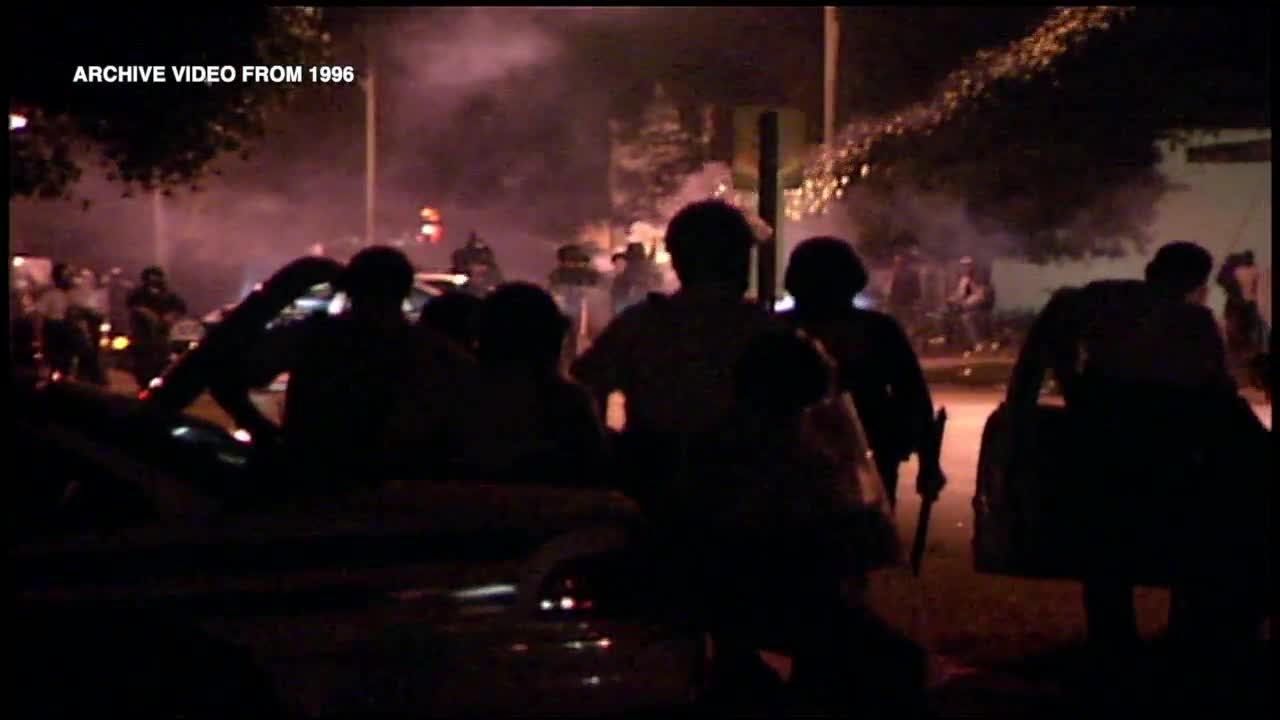 It’s all too familiar — fiery scenes and the sounds of chaos could be heard on the streets of St. Pete in 1996. 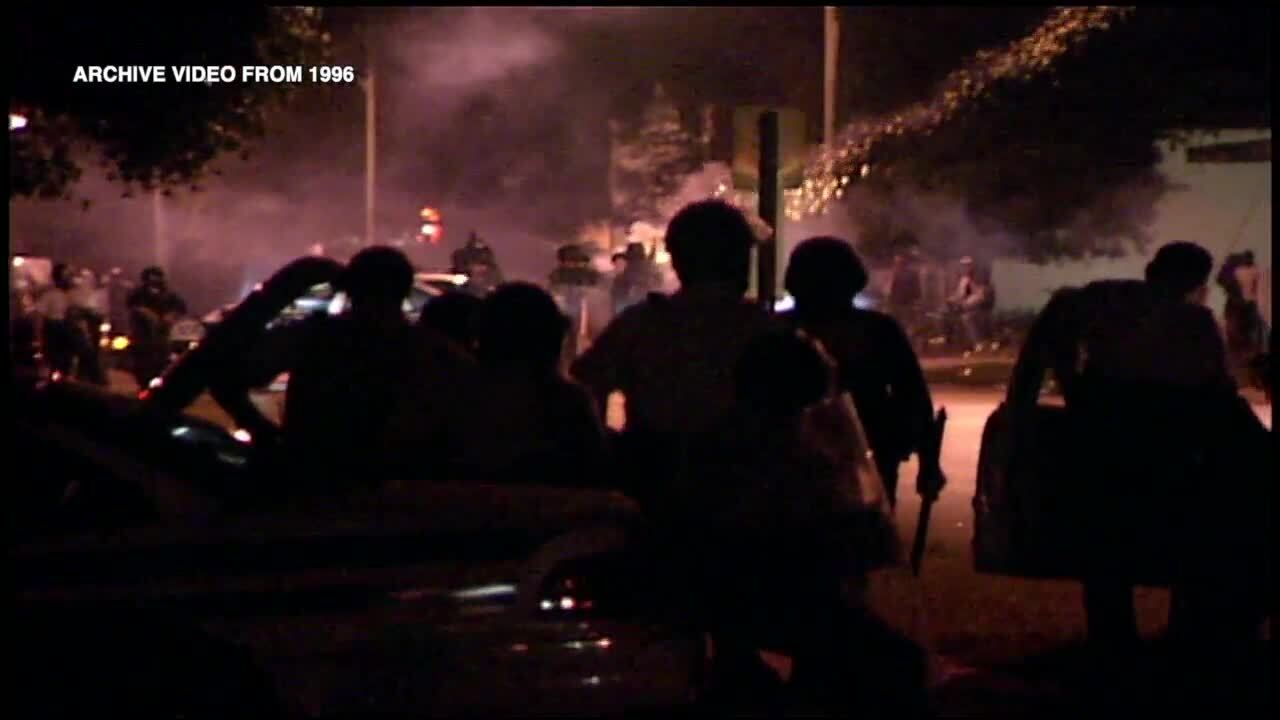 It’s all too familiar — fiery scenes and the sounds of chaos could be heard on the streets of St. Pete in 1996.

“When is this going to stop? I don’t know. I don’t know. When they start treating everybody like humans, then it will stop,” said a man ABC Action News interviewed more than two decades ago regarding riots surrounding the death of an unarmed black man.

ABC Action News interviewed Sen. Rouson in 2000 after the officer who shot and killed Lewis was cleared and the shooting was found justified by a grand jury.

“I urge people to try and find alternative means other than violence and destruction to express disappointment and pain,” said Sen. Darryl Rouson, who at the time of this comment was the President of the NAACP St. Petersburg Branch.

Protests calling for equality and justice have echoed down boulevards, streets and avenues across Tampa Bay following the death of George Floyd in Minneapolis.

“I felt a lot of hurt and anger. Anger at the incident that sparked the rioting and anger at the rioting that turned into criminal destruction of property,” he said, recounting Lewis' death.

Those feelings have surfaced yet again for folks all across the country over Floyd’s death. Several businesses were looted and set fire during riots in Tampa Saturday night following peaceful protests during the day.

“For eight, almost nine minutes, those bystanders who pleaded with officers to save and spare the life of Mr. Floyd went unheard,” said Terri Lipsey Scott, the Executive Director of the Dr. Carter G. Woodson African American Museum.

Lipsey Scott says it wasn’t until that moment she understood what Dr. Martin Luther King Jr. meant when he spoke of riots being the voice of the unheard.

“Do I agree with the tactics? Absolutely not. But do I understand? Absolutely. Absolutely,” she said.

It’s also why she says white people must speak along side the black community and not remain silent.

“The silence of another officer attributed to the death of Mr. Floyd,” she said. “In as much as African American’s voices are not heard, it’s critically important that the white voices resonate. And that they come forth. Can you imagine if one of those officers had come forth and said stop?”

“Hard questions need to be asked. Good solutions need to be listened too, however painful it is to move from one point of view to another point of view.” said Sen. Rouson. “We aren’t asking people to give up the comfort level of their own beliefs, we’re asking them to listen to what needs to be changed and then act on it.”

She says you can get engaged in virtual conversations about race and equality through the museum's website.