Each year, the gown anchor Sarina Fazan wears to the biggest party in town goes to a girl in need! This year the Boys and Girls Clubs of Tampa Bay will get the gown donated by CoCo's Couture in Sarasota.

"We did not have a lot, but I grew up in a family full of love," said Thomas.

But by the age of six her life started unraveling. Her dad died of a heart attack.

"Times were hard. There are four of us and now taking care of us all went to my mother," said Thomas.

Thomas' mother had never worked and she barely spoke English, so she started cleaning houses.

"My siblings were considerably older. They had sports or could even work after school. My mom was concerned about where I would go. So she found a local Boys and Girls Club," said Thomas.

"The club kind of became my place. It was the staff that brought me out of my shell," said Thomas.

The Boys and Girls Clubs of  America is a nonprofit steeped in rich tradition. In Tampa, alone, more than 17,000 youths benefit from after school programs.

"I am blown away about the opportunities we have given," said Jennie Yingling, who works for the Tampa chapter.

The programs have proven so effective, the federal government partially funds the clubs.

And while the club is open to all kids ages five to graduating seniors, the charity tends to focus on teens in need.

"We are doing great things and we are producing amazing leaders," said Yingling.

Including Thomas! The influence of the Boys and Girls Clubs impacted her so positively, she's now doing the same for other kids, working at the nonprofit for the past 10 years.

"I never imagined [I'd] go back and work full-time," said Thomas. "I fell in love all over again with the kids and I was going into the clubs and I was seeing myself."

It's stories like Thomas' that inspired us to give a girl in need the gown anchor Sarina Fazan wore to Tampa's biggest Oscar party at the Tampa Theatre.

It's a proud tradition going on five years at ABC Action News.

This year the owner of CoCo's Couture donated the dress.

Anette Debaillets, as always provided three gowns — two of them were quite unique.

They came from the top designers from the United Kingdom and valued at close to $5,000. Many of her gowns are used by competitive ball room dancers.

"They are so expensive because all of them are handmade and have crystals sewn throughout them. I would say more than 5,000 crystals and that is a lot a labor," said Desbaillets.

Debaillets was willing to give a third professional gown as well, but Action News, chose to go with one that is more main stream so viewers would have more options. 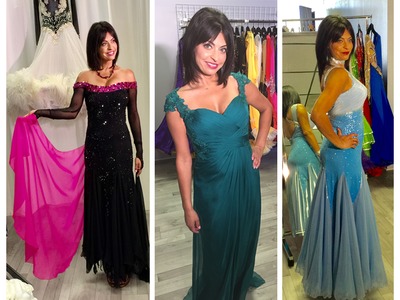 Debaillets was moved to tears when asked why she decided to donate this year.

"I could not believe you asked me. I am a huge fan of ABC. I watch it all the time and of course know of your tradition," said Debaillets. "Then when you called I said, 'Of course I will do it. It's a great cause and to help a young girl, it's immeasurable. Every girl should get a chance to feel like a princess.'"

Thomas could not believe The Girls and Boys Clubs would get the dress this year.

"I was so excited. You have no idea what that is going to mean for a kid, seriously!" said Thomas.

So which girl teen get this dress? Thomas said they plan on launching some type of academic based contest. 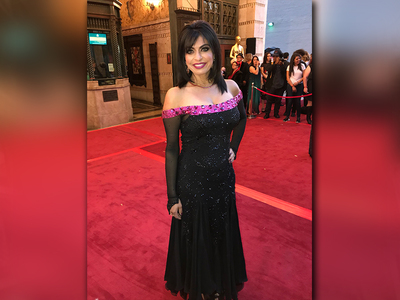