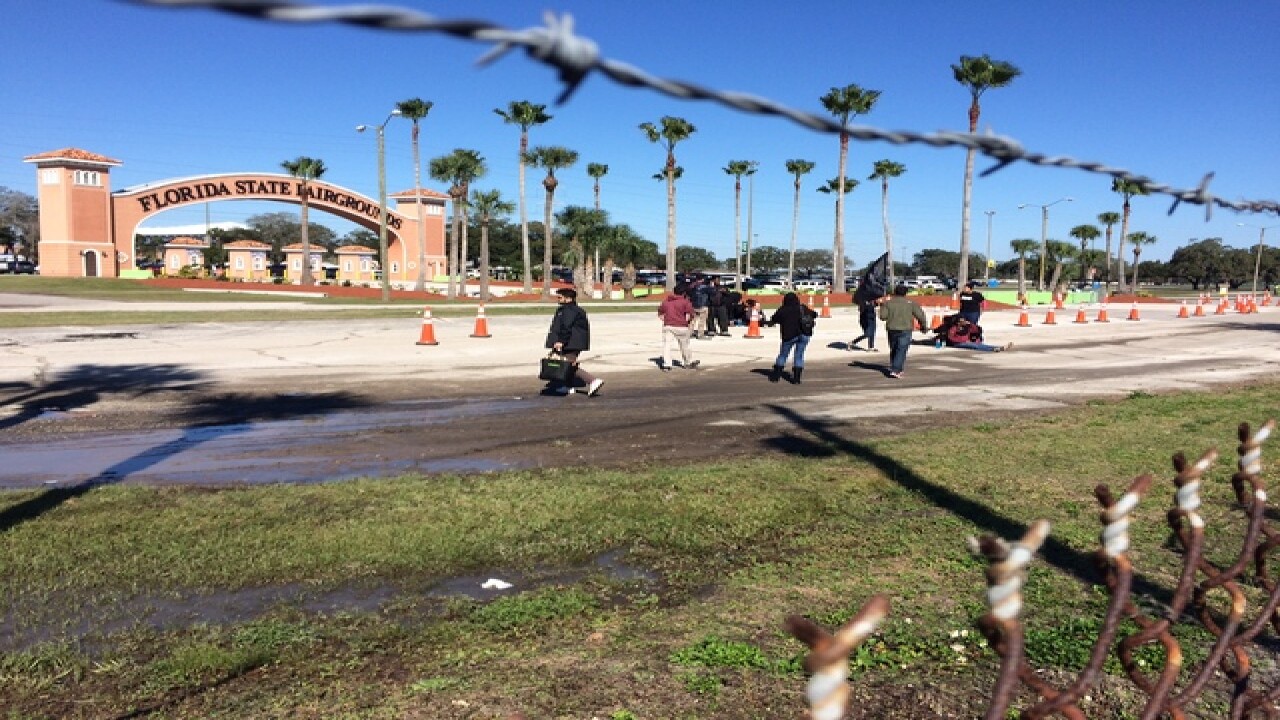 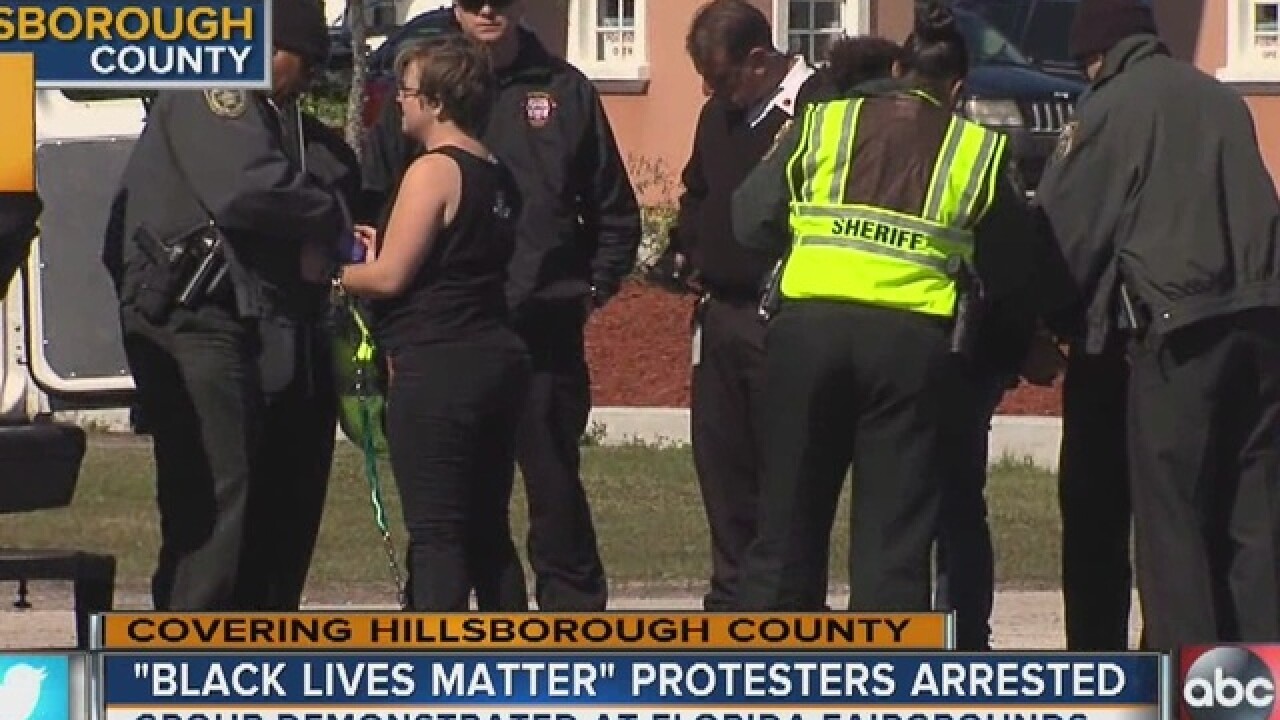 Members of Black Lives Matter were arrested Sunday during a protest at the front entrance to the Florida State Fair.

The protesters said they planned to shut down the entrance to the state fair as a show of support for Andrew Joseph III, a teenager who was struck and killed crossing Interstate 4 after he was ejected from the fair two years ago.

BACK STORY | Changes made at State Fair, but grieving parents question if they're enough

A small group of protesters showed up Sunday morning to demonstrate at the Florida State Fairgrounds entrance off U.S. 301 just south of I-4.

Four protesters used metal locks to bound themselves in pairs and refused to comply to repeated requests by Hillsborough County sheriff's deputies to break up the demonstration.