Gasparilla 2022: Everything you need to know about the annual Pirate Fest
NewsLocal News

HART hopes to have a full-time autonomous shuttle

HART is holding a live demonstration on Marion Street Tuesday of an autonomous shuttle; it's the street where HART hopes to one day deploy autonomous vehicles in the downtown business district.

But the future was delayed.

Hillsborough Area Regional Transit Authority (HART) promised that downtown Tampa would have a self-driving, autonomous shuttle operating full-time by the weekend of the NHL All-Star Game in January.

And it doesn't sound like it will happen very soon.

But there will be an autonomous shuttle for one day. 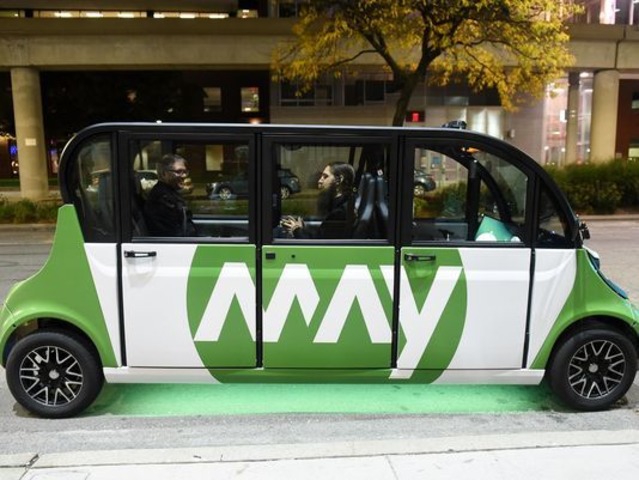 HART is holding a live demonstration on Marion Street this afternoon; it's the street where HART hopes to one day deploy autonomous vehicles in the downtown business district.

May Mobility is the company holding the demonstration, and will potentially be the company that partners with HART to make a fleet of autonomous vehicles.

"We're thrilled to have the opportunity to demonstrate how our autonomous vehicle fleet would operate within the Tampa Bay community," said Edwin Olson, CEO and co-founder of May Mobility. "The potential partnership between HART and the May Mobility team will allow both parties to leverage expertise and set the standard for autonomous transportation in cities and communities across the U.S."

The demonstration will happen sometime between 2 p.m. and 4 p.m.; those in attendance will have the opportunity to see autonomous vehicles in operation along the Marion Transit Way corridor during the live event.

"The organization's demonstration with May Mobility is a fantastic opportunity for residents to see autonomous vehicle technology on our city streets," said HART Interim CEO, Jeff Seward. "Automated vehicles have the potential to significantly enhance our transit system in the near future and HART is excited to bring this technology and innovative thinking to our community."

FDOT gave HART a large grant back in 2016 to create this autonomous shuttle loop, which would likely go back and forth along Marion Street, which is usually restricted to HART bus traffic only, although the shuttle would interact with regular drivers at certain intersections.

The vehicles would likely move pretty slowly, 8-12 miles per hour, and have many sensors to detect other cars or people.