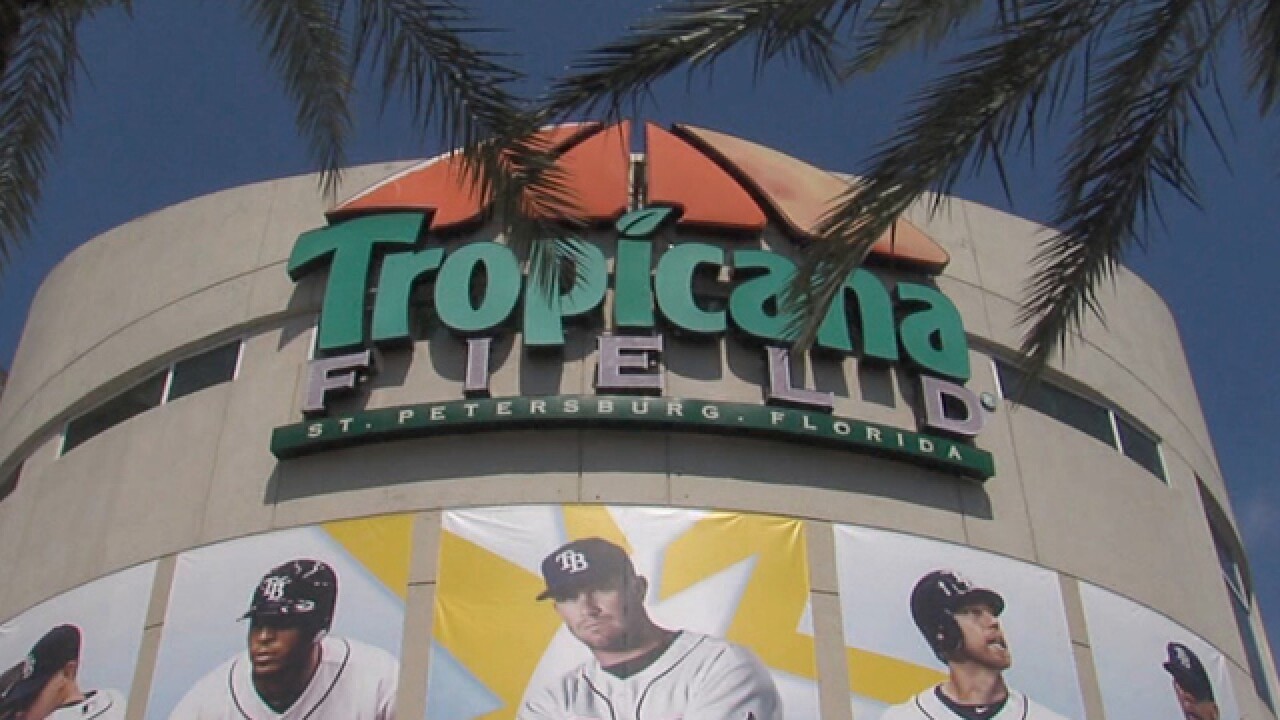 The Houston Astros are going to be spending a long time away from home.

The Astros will play their next two series at Tropicana Field in St. Petersburg, Florida, because of flooding from Hurricane Harvey, a person with knowledge of the decision told The Associated Press on Monday.

Both the Astros and Rangers flew to Dallas after their games in California on Sunday to await news of where the series would be held. They will now head to Florida, where the Astros will host “home” games far away from home, just like they did in the wake of Hurricane Ike in 2008 when they played two scheduled home games in Milwaukee.

It all means the Astros will end up playing 19 straight games away from Houston, where the AL Central leaders last played on Aug. 24. A 10-game road trip begins after the Mets series.

The flooding has forced other teams to relocate, too.

The Texans are also in the Dallas area, awaiting word on where their scheduled home preseason game against the Cowboys on Thursday will be played. Both LSU and BYU are keeping close watch, with the two teams scheduled to play each other Saturday at the home of the Texans.

The Rice football team is relocating to TCU’s campus in Fort Worth. The Owls opened the season over the weekend in Australia, where they lost to Stanford. They arrived in Los Angeles on Monday morning and were expected to share the campus with the Horned Frogs until things improve in Houston. The Owls have a week off before traveling to play UTEP on Sept. 9.

“While we would love to be coming home today, our first responsibility is the safety of these players,” coach David Bailiff said. “We learned some lessons in 2008 (during Hurricane Ike) about coming home too soon.”

TCU coach Gary Patterson said there are still specifics to work out, but that the Horned Frogs will do whatever they can to help out the Owls.

“They’re worried about parents and their families back there, but then all their belongings and their apartments, and their housing,” Patterson said. “It must have been a very tough feeling to be playing a ballgame all the way in Australia knowing that maybe everything that you own may be gone.”

The University of Houston football team, meanwhile, is in Austin, where former coach Tom Herman is preparing for his first season in charge of the Longhorns.

“We’ve certainly been trying to do everything we can to help U of H any way we can with our facilities and practice fields,” said Herman, who coached the past two seasons at Houston.

He said the Cougars canceled their scheduled practice Sunday when the flooding was getting worse back in Houston, and “guys being worried and not really being focused on football, nor should they have been.”