An 11-year-old Wesley Chapel boy turned his parents' garage into his own workshop. He makes handcrafted pens and gives away a portion of the proceeds.

WESLEY CHAPEL, Fla. — An 11-year-old Wesley Chapel boy turned his parents' garage into his own workshop. He makes handcrafted pens and gives away a portion of the proceeds.

"It was the satisfaction of how the pen started to the very end when you put it all together," said Frank Cenicola.

He started his business, "Frank's Pens," about a month ago. He created a Facebook page and has 100 orders pending. He first got a knack for woodwork at a county fair three years ago.

"It started at a woodworking class with my dad. We actually got the chance to make pens," said Cenicola. 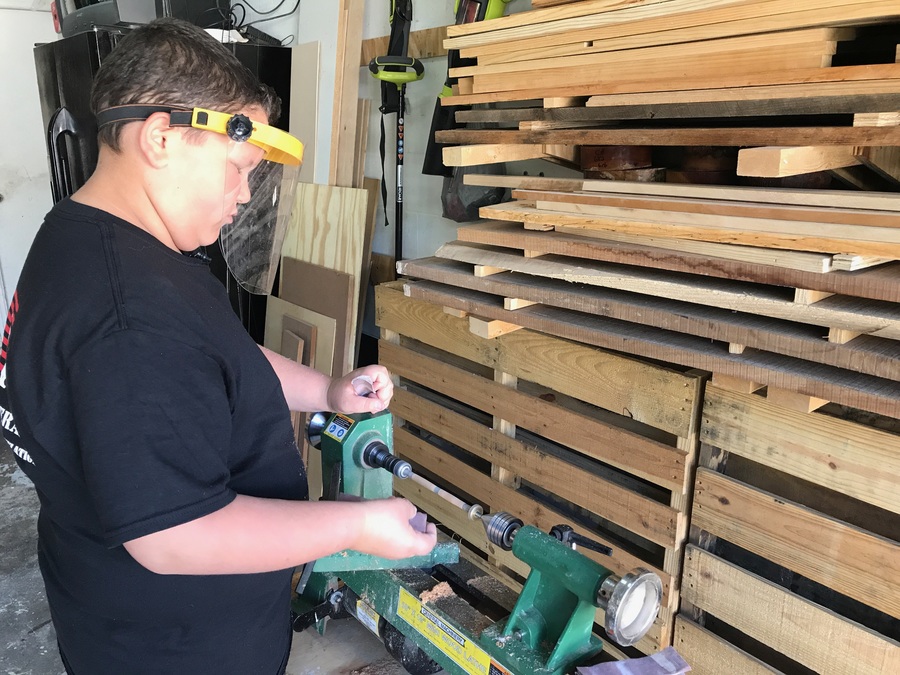 With each $15 pen, Cenicola plans to donate $5 to a military organization. He says so far he's saved nearly $400 and plans to make his first donation next month.

"I have a deep feeling for people who served our country and felt what better way to further that then to give back to organizations that helps them," said Cenicola.

He shared with us photos of his 82-year-old grandfather who served in the military. He says he wants to help veterans like him.

He says making pens teaches him how to manage his time and he hopes it teaches others it is never too early to pay it forward.