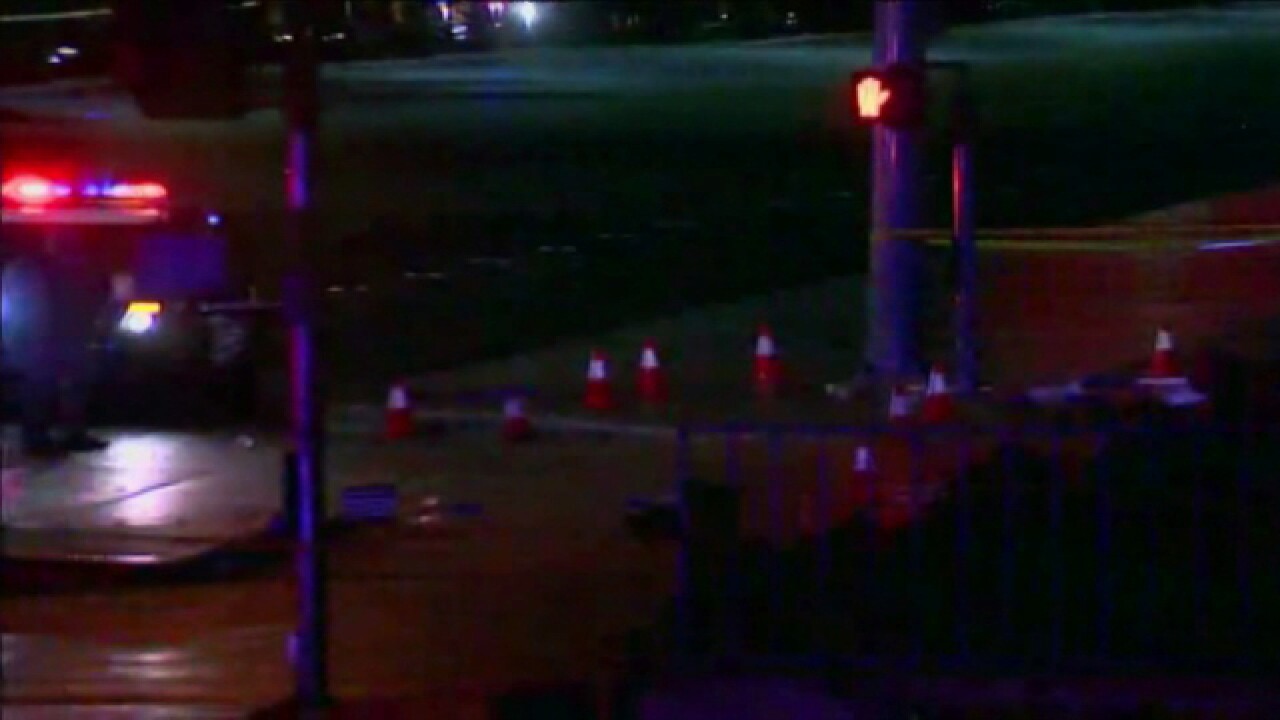 The Las Vegas Strip was blocked off Sunday evening due to a multiple injury vehicle versus pedestrian crash.

Police said the crash occurred on Las Vegas Boulevard north of Harmon Avenue around 6:40 p.m. The car drove north on the sidewalk, striking numerous pedestrians near Planet Hollywood hotel-casino, where the Miss Universe pageant was being held, police said.

There were believed to be a total of 37 people injured in the crash, police said. Twelve victims were taken to Sunrise Medical Center, 11 to University Medical Center and 3 to Spring Valley.

University Medical Center said most of the patients are from Montreal.

The driver was detained and being tested for driving under the influence.

UPDATE: UMC says most if not all patients are from Montreal. Many speak French and requested translators. @KTNV

Officials at presser: unknown if intentional or impaired. One fatality. 7 critical. 26 more injured

Driver is detained. Being interviewed and tested for dui.

Just arrived in scene at Flamingo & Koval where it appears driver was caught. Working to gather details @KTNV pic.twitter.com/oPyOXhgsey

#breaking black female in her 20s with child in her car, 3 years old, drove onto sidewalk 2-3 times, this is intentional act as of now @ktnv

Officials say they have ruled out terrorism as a possible motive. However, they do believe the incident was "an intentional act," based upon the car's movements. The suspect went up on the sidewalk "two, maybe three times," according to police.

Gov. Brian Sandoval released a statement regarding the crash.

“I have spoken with Sheriff Joe Lombardo and will remain in contact with him as this incident continues to evolve and additional information is released. The state stands ready to help and will provide any assistance needed to ensure the safety of our visitors and residents,” he said. “Kathleen and I extend our deepest sympathies to all who are affected by this shocking and tragic event. Additionally, I would like to thank the first responders and the medical professionals who are caring for the victims this evening.”

The Strip was closed from Harmon Avenue to Flamingo Road.  In that area was Planet Hollywood hotel-casino, where the Miss Universe pageant was being held Sunday night.

The I-15 ramps to Flamingo Road are also closed.

#breaking witness: woman with child in car ran over up to 40 people on sidewalk. Dragged child down strip. Tried to flee @KTNV not confirmed

#breaking witness tells me this is where woman ran over crowds on strip. @KTNV white towels on sidewalk pic.twitter.com/KN7BEN6ZSl

MY POLICE SOURCE: 33 people taken to hospitals after driver hits group on Las Vegas Strip...still no official info on reports of gunshots

This is a developing story. Check back to Action News for updates.