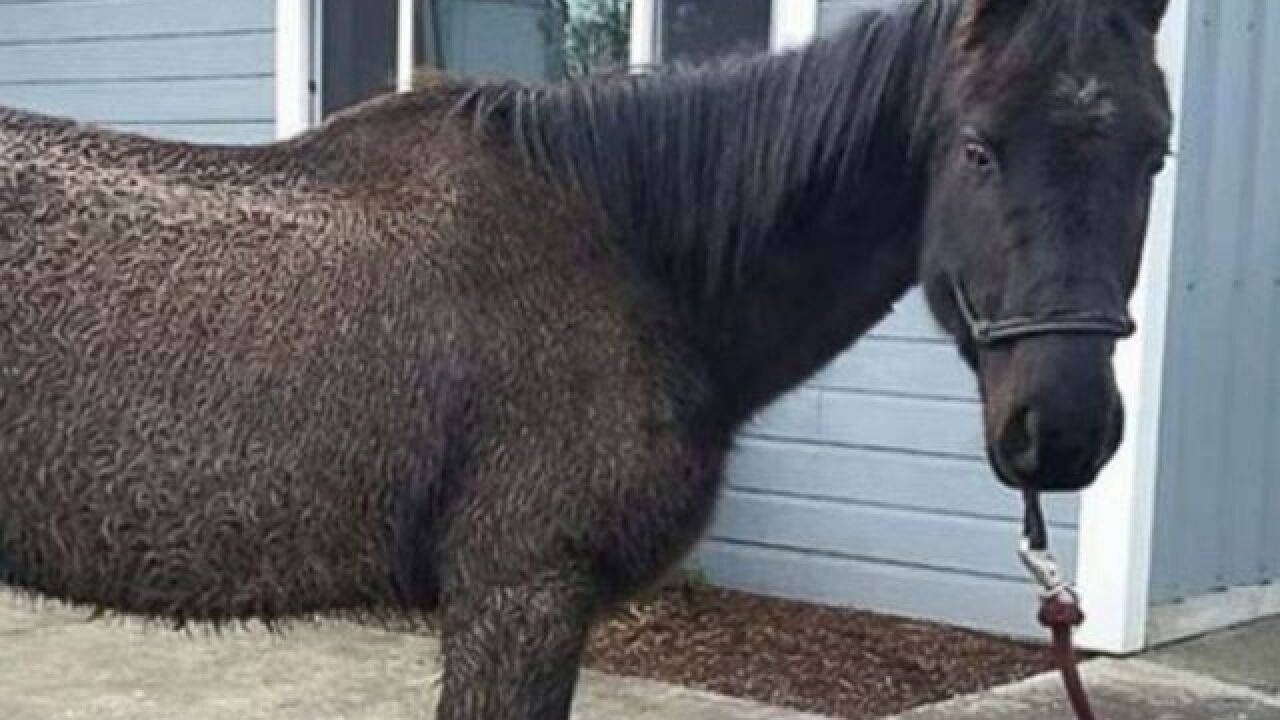 A judge in Oregon tossed out a lawsuit filed by Justice -- a horse -- against his owner over allegations of animal neglect.

Washington County Circuit Court Judge John Knowles issued his ruling on Tuesday, saying the $100,000 lawsuit will not be allowed to proceed on the basis of the horse being a "non-human animal."

"The court grants with prejudice defendant’s motion to dismiss based on a lack of standing for Justice the horse," the ruling stated. "The court finds that a non-human animal such as Justice lacks the legal status or qualifications necessary for the assertion of legal rights and duties in a court of law."

The Animal Legal Defense Fund filed the suit on Justice's behalf alleging owner Gwendolyn Vercher was neglectful in caring for the horse, leaving him outside and not providing proper food or water.

"He was extremely emaciated -- about 300 pounds below body weight for a horse -- and most significantly, he suffered from penile frostbite as a result of his exposure to the cold and that was left untreated for months," Matthew Liebman, Justice's lawyer from the Animal Legal Defense Fund, told ABC News’ daily podcast, "Start Here," back in May when the suit was filed.

Vercher called the suit "outrageous" in an interview with ABC News at the time. She pleaded guilty to first-degree animal neglect in criminal court in July 2017, and says she paid for the animal's care as a result.

But the lawsuit for $100,000 was to be used for further care necessary for the animal's remaining years, Liebman said.

In the ruling, the court argued the case would open a "flood" of lawsuits filed by animals.

"There are profound implications of a judicial finding that a horse, or any non-human animal for that matter, is a legal entity that has the legal right to assert a claim in a court of law," the court wrote. "Such a finding would likely lead to a flood of lawsuits whereby non-human animals could assert claims we now reserve just for humans and human creations such as business and other entities."

The ALDF told the Portland Mercury it plans to appeal the judge's ruling.