Internet goes crazy over human-like dog, but owner says she 'doesn't see it'

When photos of a fluffy brown dog with light eyes and a perfect pouty lip surfaced online, his strikingly human-like facial features took the internet by storm. 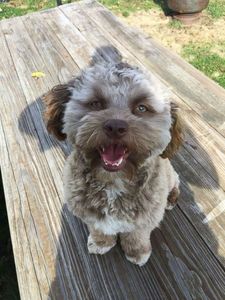 Yogi, a 1-year-old Shih-poo (cross breed between a Shih Tzu and a Poodle) owned by Chantal Desjardins, has been hailed as the dog that looks like a person.

A friend of a friend posted a pic on Facebook of her dog. It looks like it has a man’s face. from r/pics

"The crazy part is, I shared it on my Facebook back in December and it was just put on Reddit last week," Desjardins told ABC News of the viral picture of her pup. 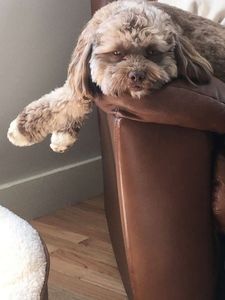 Desjardins said media outlets then started sharing the picture "and it got crazy really fast."

Although the internet seems convinced of Yogi's looks, Desjardins doesn't see it. 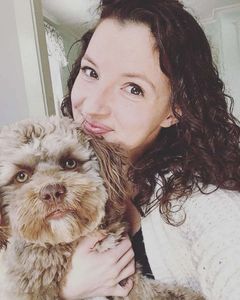 "But I get why people see it in some pictures," she added. Even one of Desjardins' close friends told her Yogi bears a striking resemblance to the actor Sean Astin.

SOMEONE GET A DNA TEST STAT pic.twitter.com/ccDesVPXI0

Desjardins said she "wasn't expecting" the reactions and has "never had so many people reach out" to her on social media.

Some critics of Yogi said his features look photoshopped, but Desjardins shot down the haters and confirmed that he is 100 percent authentic and a perfect puppy. 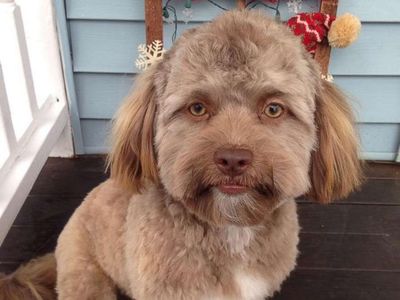 "He is the fluffiest most playful puppy and we all love him," she said.