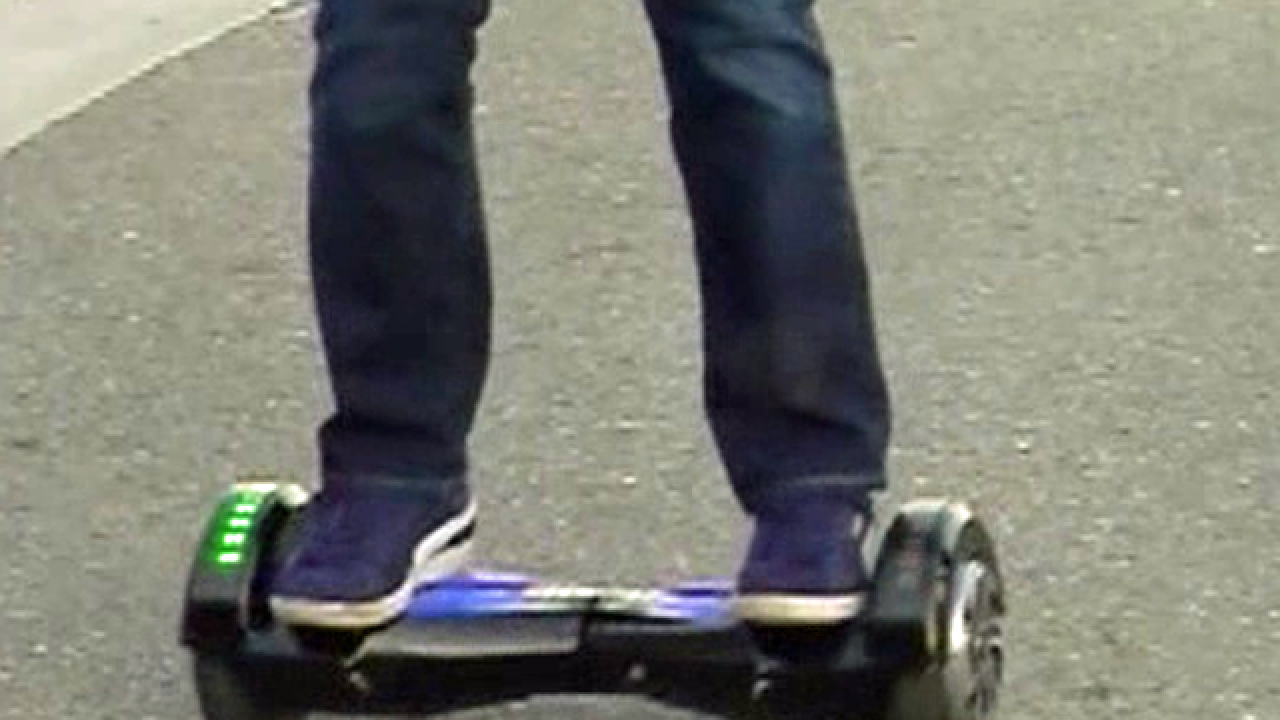 The Palm Beach County School District announced this week that hoverboards are not allowed on any campus across the district.

District staff posted a message on social media Monday that read, "Reminder: Hoverboards not allowed anywhere on school campus. Period. They will be confiscated."

Reminder: Hoverboards not allowed anywhere on school campus. Period. They will be confiscated. #Youhavebeenwarned https://t.co/cJcTvk4Ucw

Phillip D'Amico is the principal of Watson B. Duncan Middle School in Palm Beach Gardens.

"I have 1,300 students here and I bet more than half of them want a hoverboard," Phillip says.

He says he saw the move coming from the district months ago.

"We've already had a hoverboard here and let the student know that they're not allowed here. Then the district came out with a district-wide rule," he says.

But if a child is caught with a hoverboard, the toy will be confiscated and parents will have to pick it up at the end of the school day.

Phillip says the toy would be kept in a fireproof room as a safety precaution.

"The main concerns are the unpredictability of them catching on fire and the congestion in the hallways," he says.

Ellie Robbins is one of the many students who has a hoverboard.

She got is last October for her birthday.

But Ellie says she wouldn't want to bring a hoverboard to school.

"Everybody would be like 'Oh wow, you're so cool. You have a hoverboard.' But in sarcastic ways. They would ask to ride them. I just don't think it would be a good idea," she says.

She got a hoverboard on Monday.

"My brother got one for Christmas and I was like 'I didn't get one?' So my mom got me one."

Isabella says she would've loved to bring it to class.

"I wanted to bring it to school. It's just fun to ride. You just feel so cool," Isabella says.