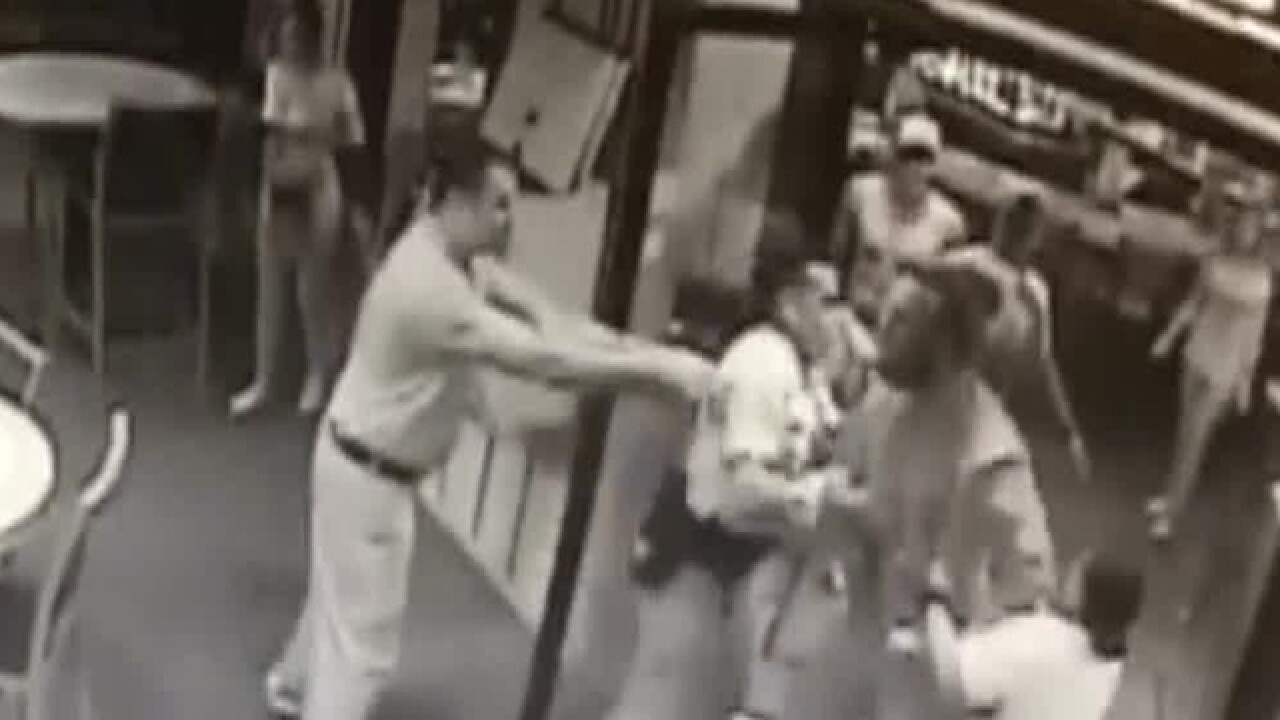 The Hillsborough County Sheriff's Office is praising the actions of a manager at a local Hooters for jumping in to help two deputies who were attacked by an unruly customer.

"If you see law enforcement needing help, just help out," Jim Nolte, manager of the Hooters on East Adamo Drive, said. "They'd help you without thinking about it."

"He was more than welcome to eat food, but he wouldn't get any alcohol," Nolte explained.

Nolte explains they've had problems with Toney in the past, but when he was refused alcohol on August, 13th, he went into a rage. Nolte says Toney became threatening, so he called the sheriff's office.

Video captured the entire incident. It shows Nolte speaking with responding deputies inside. It then appears to show Toney chasing a female employee out the front door. At that time, one deputy puts up her hand, appearing to tell Toney to stop. That's when Toney, who is 6'3" and weighs 250 pounds, attacked. At one point it looks like he may overpower the deputies, that's when Nolte jumps in, helping to take the suspect to the ground.

"You can see by the video how quickly it became violent," Larry McKinnon, spokesperson for the Hillsborough County Sheriff's Office, said.

McKinnon says Nolte kept the situation from getting worse. Without him, McKinnon says Toney may have caused some serious damage and deputies may have had to result to using a weapon.

"We're confident nobody got hurt because of it," McKinnon said. "He could have easily turned his back and let those deputies fight that guy, which could have ended up with somebody getting hurt."