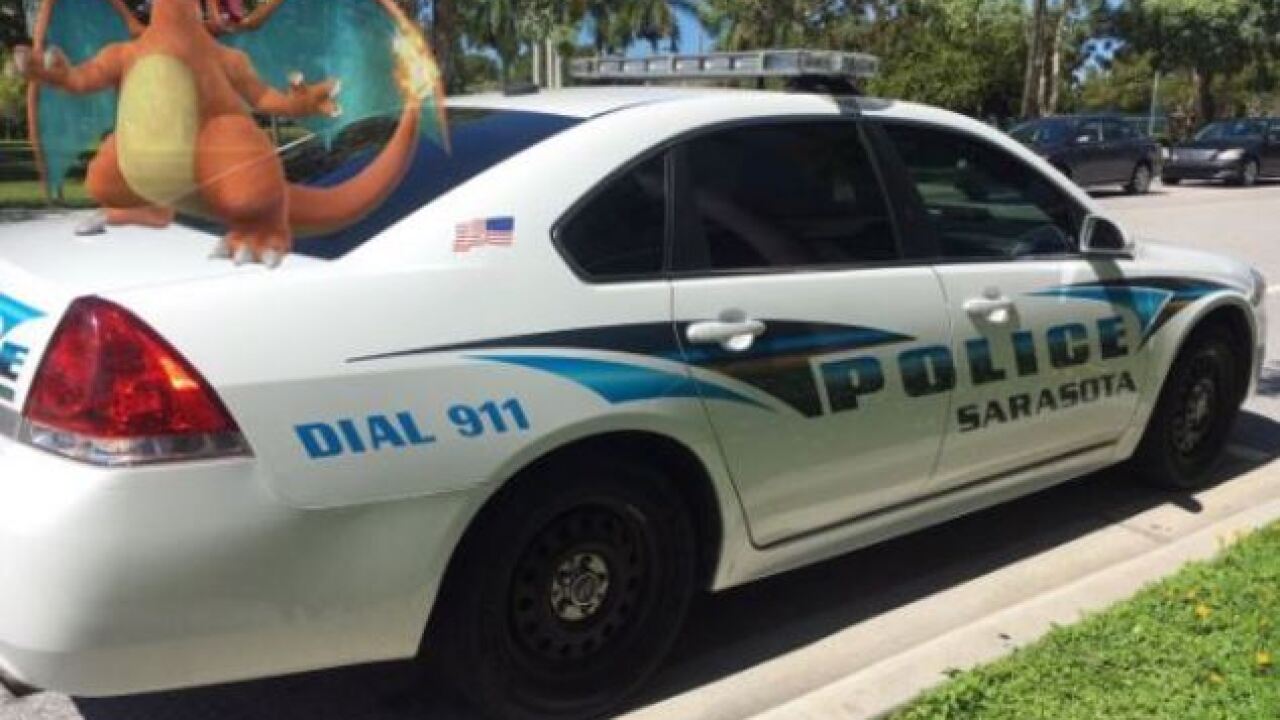 By: Lauren Rozyla
Posted at 10:12 AM, Jul 11, 2016
Did you spend the weekend catching Pokemon? If so, you aren’t alone, and all the Pokemon Go gameplay is leading Tampa Bay area law enforcement to send out safety warnings.
The Pasco County Sheriff’s Office says it’s been receiving reports of distracted drivers playing the GPS-enabled cellphone game.
“Gotta catch ‘em all. Well, no. No you don’t have to catch them all. Especially if you’re trying to catch them while driving,” the agency wrote on its Facebook page.
“We cannot stress this enough: Don't play games on your phone while driving,” the message continues. “Don't text while driving. Not only is this illegal but extremely dangerous.”
Sarasota Police Department tweeted out the same warning Monday.

Polk County deputies investigated two reports over the weekend of suspicious vehicles whose drivers turned out to be playing the game.

Related: 5 tips to be the 'very best' in Pokemon Go

One of the drivers, stopped Friday, told a deputy he was “cheating” by using his vehicle to play.
Some people are reportedly using the game to lure players into dangerous situations. Police arrested four men Sunday accused of using the game to lead players to secluded areas, waiting for them to show up and then robbing them.
While the cellphone game loads, it reminds users to remain alert and aware of their surroundings. The game’s website also tells users, “For safety’s sake, never play Pokemon Go when you’re on your bike, driving a car, riding a hoverboard, or anything else where you should be paying attention, and of course never wander away from your parents or your group to watch a Pokemon.”
However, users say the game has been fun and have been all over the Tampa Bay area scouting Pokemon.

She was elated to catch an elusive Pokemon in Curtis Hixon Park.

"Now, you're looking at people that are staring at their phones and you're kind of like, hey, are you doing it too?" said Anja Akstin, another user.

But while they are having fun, they say they are aware of the risks.

"We do live in some dangerous times," said Nick Bibiloni, another Pokemon Go user.  "Anyone is looking for any way to take advantage of situations."

That's making them think about their own safety playing the game.

"If you're out with larger groups of people, it's going to be a lot hard for people to want to do this," Bibloni said.

A local mom shared a picture on our Facebook page of her boys with two Hillsborough County deputies. She said they helped the boys find Pokemon on Monday morning.
Copyright 2016 Scripps Media, Inc. All rights reserved. This material may not be published, broadcast, rewritten, or redistributed.