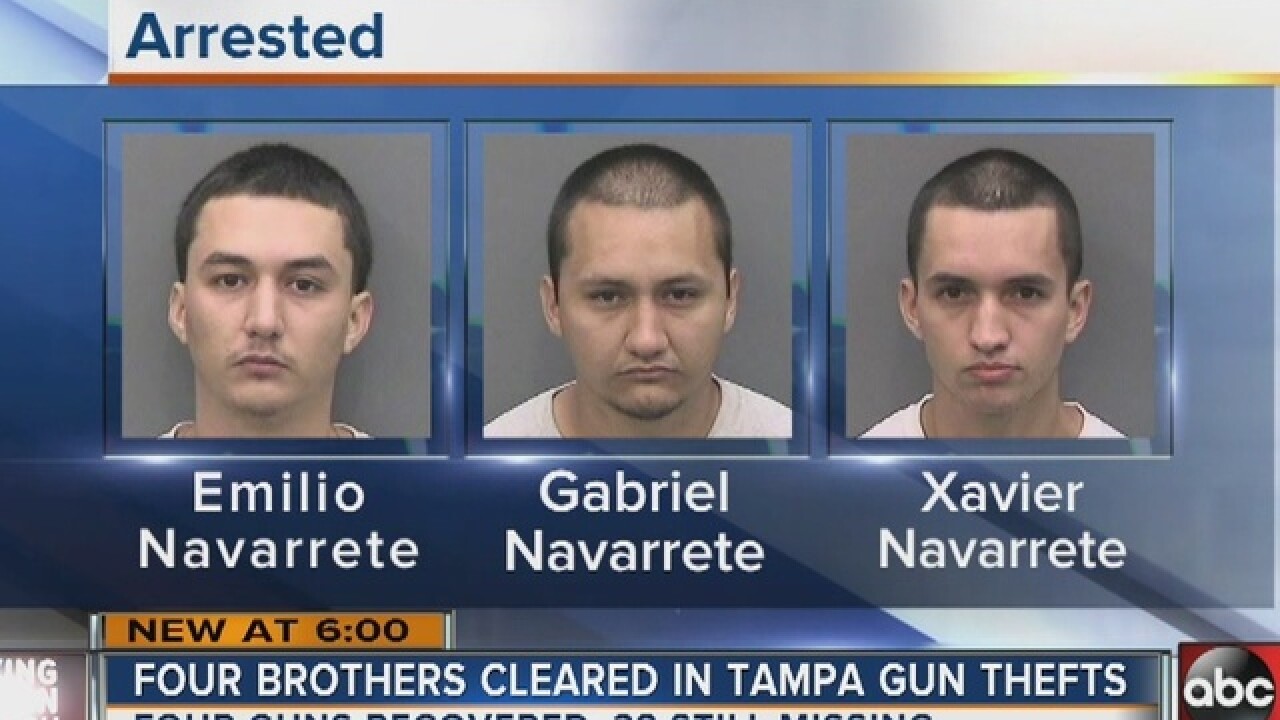 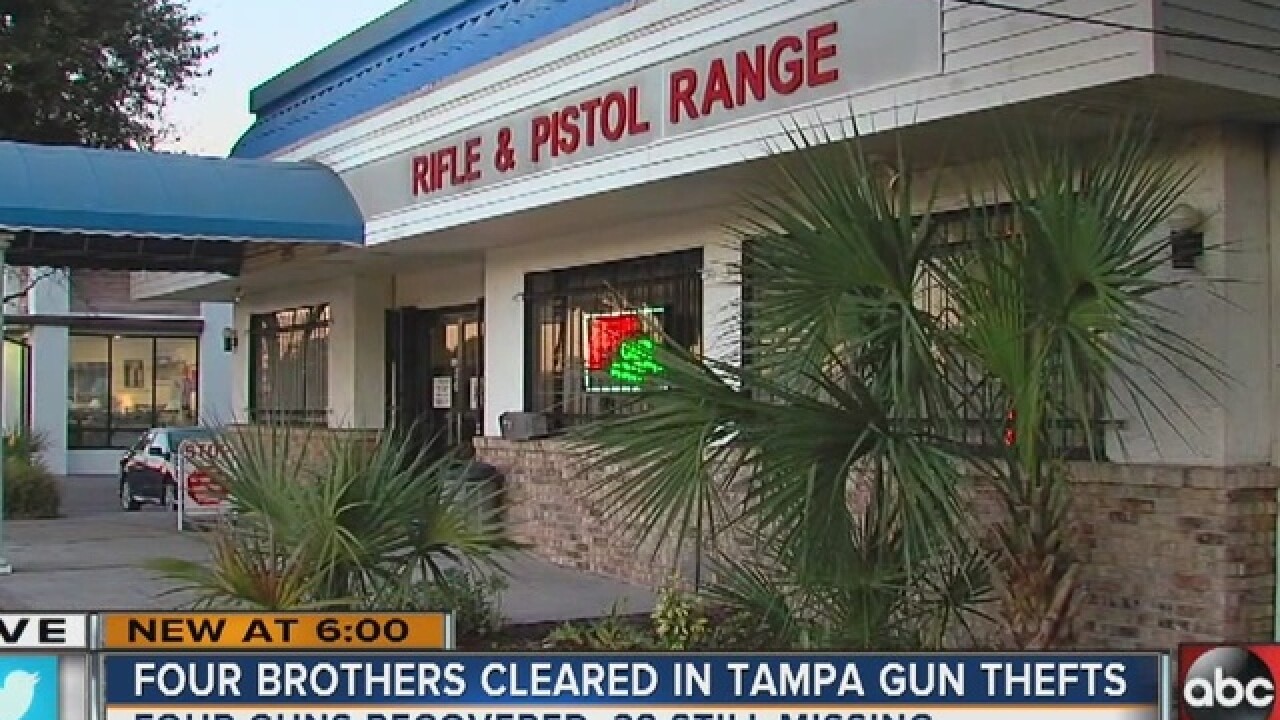 By: Clifton French
Posted at 6:23 PM, Jan 19, 2016
Four brothers arrested for breaking into a local gun shop want to know how they ended up in jail. The charges have since been dropped, but their questions still remain.
On Oct. 22, at least four people smashed a hole in the side of Shooting Sports on Dale Mabry Highway using a sledge hammer or jack hammer. Forty-two guns were stolen. Two days later, 23-year-old Xavier Navarrete and his four brothers were arrested for the crime.
"I felt like I was going to get lost in the system," Navarrete said. "They knocked really loudly. I answered my door, and they had guns  pointed in my face."
Someone had placed a tip after seeing surveillance video of the masked burglars, connecting the Navarrete brothers to the crime. Navarrete said he pleaded his innocence with deputies, claiming he was out for a run during the burglary. He sat in jail for nearly two weeks.
"It was a real test of faith, to me. I was in jail, nobody there to help me. The only people who care about me, my brothers, were in jail with me," he said.
He and his brothers were finally released. Last month they received letters that all of the charges were dropped and the case against them closed.
Navarrete said the evidence that freed him were cellphone records showing he was nowhere near the scene. His brothers, he said, had alibis ranging from work to being with their girlfriends and kids.
"I was literally thinking about cameras my neighbor might have, or a store down the street that might have spotted me walking to the track and field," Navarrete said.
Navarrete has spent most of his life overcoming obstacles. He was put into foster care as a child and became homeless when he was 18.
ABC Action News featured him and his brother Emilio, who was also arrested, on our Positively Tampa Bay segment in 2014 for being success stories for a homeless youth program. Aside from this arrest, he has never been in jail.
So far, four of the guns stolen have been recovered, all in Hillsborough County.
"We believe the majority of them are still in the area." Hillsborough County Sheriff’s Maj. Chad Chronister said.
Chronister said two witnesses positively identified the brothers on the surveillance video, giving the Sheriff's Office enough probable cause to make the arrests. During the investigation, detectives started to see some inconsistencies.
"We found enough evidence to say these aren't the guys as we had to say these are the guys who did it," he said. "It's not about just putting a person in jail. It's about putting the right person in jail."
Chronister said the Sheriff's Office requested that all of the charges be dropped. When asked if they were off the Sheriff's Office's radar, he said, "Everyone is a suspect at this point."
Shooting Sports President Fred Flesche said he has not been happy with the investigation. When asked if there is something wrong with the way the case is being handled, he said, "I think there is, base fact, they don't have who did it."
"I really just feel really poor about the fact that we were just never kept up to date," Flesche said.
The ATF believes more of the guns are still in the bay area. But agents tell us there is a possibility they've been shipped out of state.
The ATF added the arrest of the Navarrete brothers was a Hillsborough County Sheriff's Office investigation. Federal agents saw no reason to charge them at the federal level.
Scripps Only Content 2016