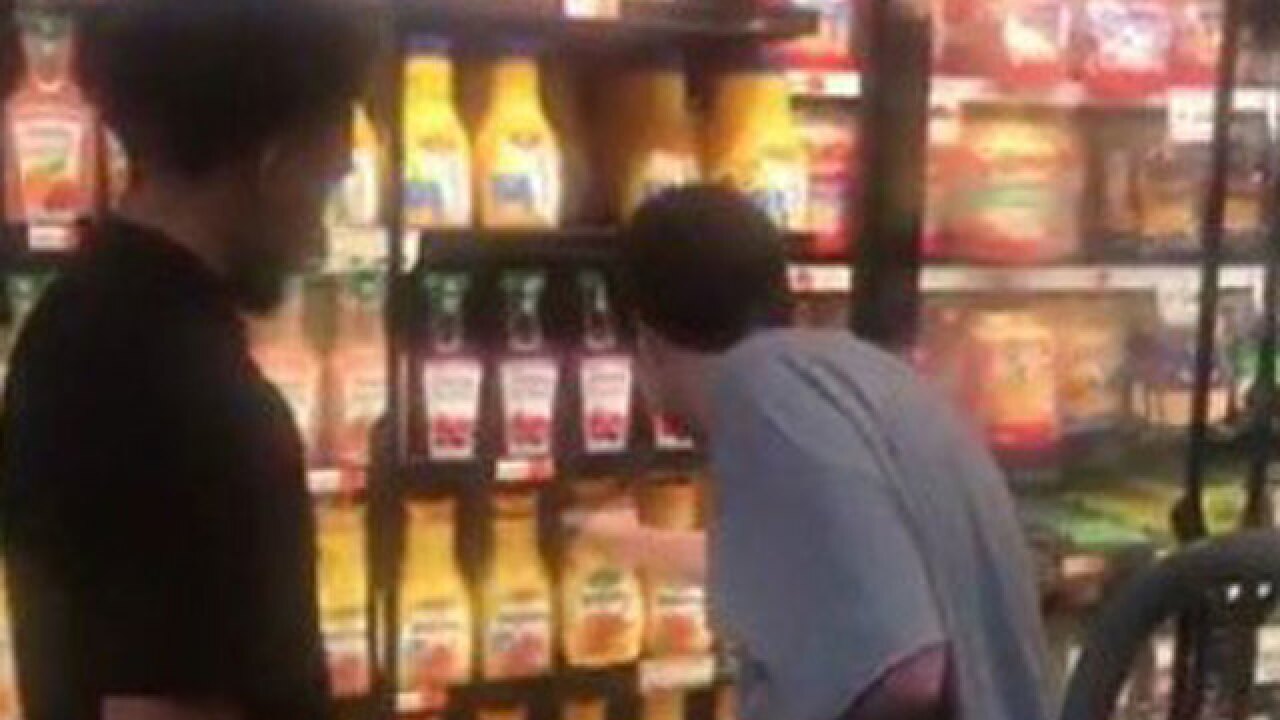 SID EDWARDS VIA CNN NEWSOURCE
<p>A grocery store clerk whose act of kindness toward an autistic 17-year-old went viral has been given a new car.</p>

BATON ROUGE, La. (AP) — A grocery store clerk whose act of kindness toward a 17-year-old with autism went viral has been given a new car.

Taylor, 20, had been shelving bottled orange juice when he noticed Jack Ryan "Ziggy" Edwards watching him. Edwards was transfixed by the work, Taylor told news outlets, so the clerk asked if Edwards wanted to help. The two quickly established a system in which Taylor picked up orange juice and milk containers and handed them to the teenager, who promptly put each carton in its proper place.

Edwards' father, Central High School football coach Sid Edwards, filmed the two working together and had a conversation with Taylor in which he said he hoped to go back to school someday and become a teacher.

Neighbors Federal Credit Union announced it had given Taylor the car. The company's president and CEO, Steve Webb, said they're proud of Taylor for pursuing his dream of becoming a math teacher by enrolling at Grambling State University.

A crowdfunding account has raised more than $100,000 toward Taylor's college tuition. The teen was offered a job helping to stock shelves part-time.