As of August 24, much of the report was similar or the same as the August 22 report.

In southwest Florida, K. brevis was observed at: 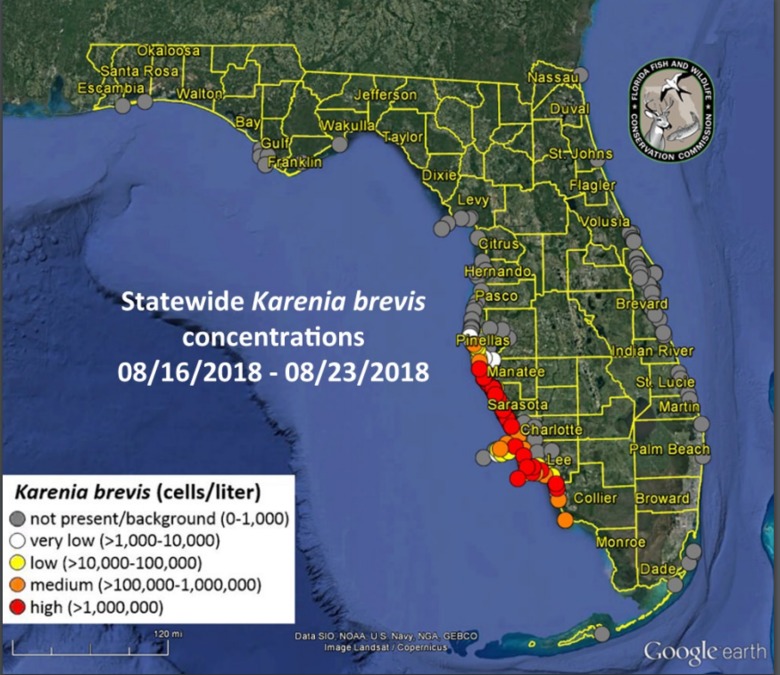