Race to Cape Canaveral: The "Silicon Valley of space" 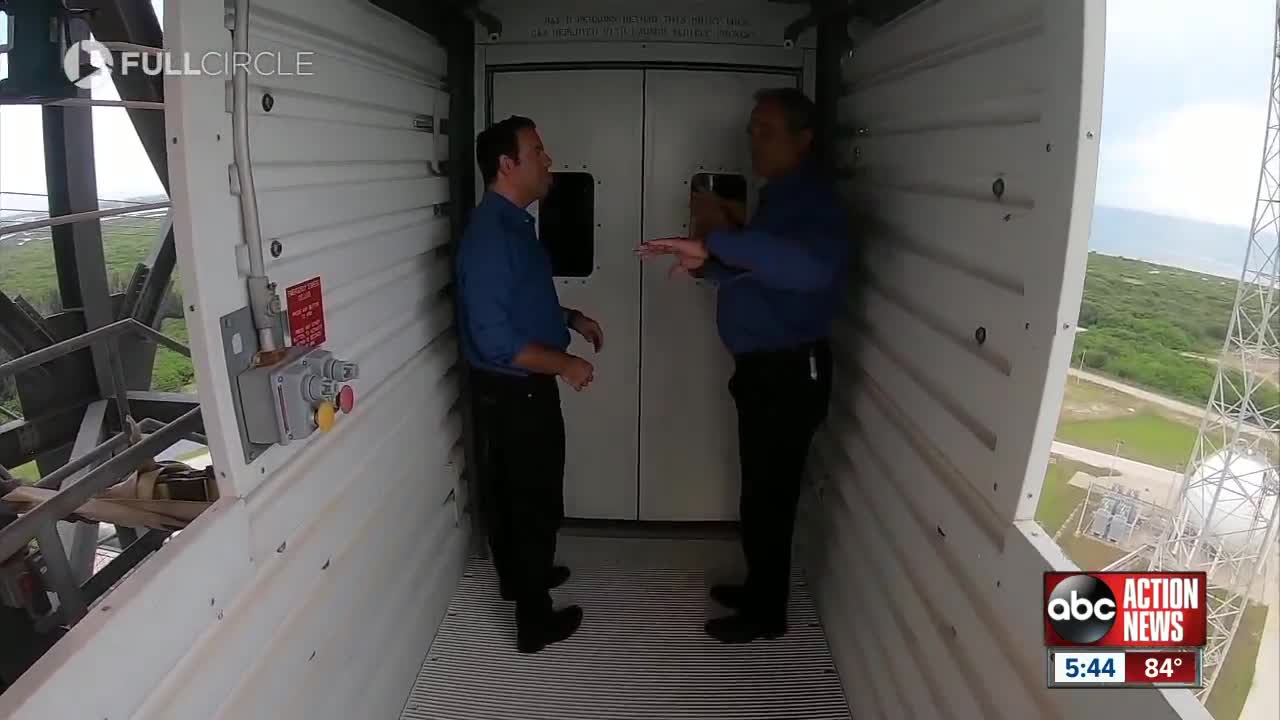 Will Cape Canaveral reclaim its glory as the rocket launch capital of the world? An entire community with the backing of a couple of famous billionaires are well on their way to making it happen. 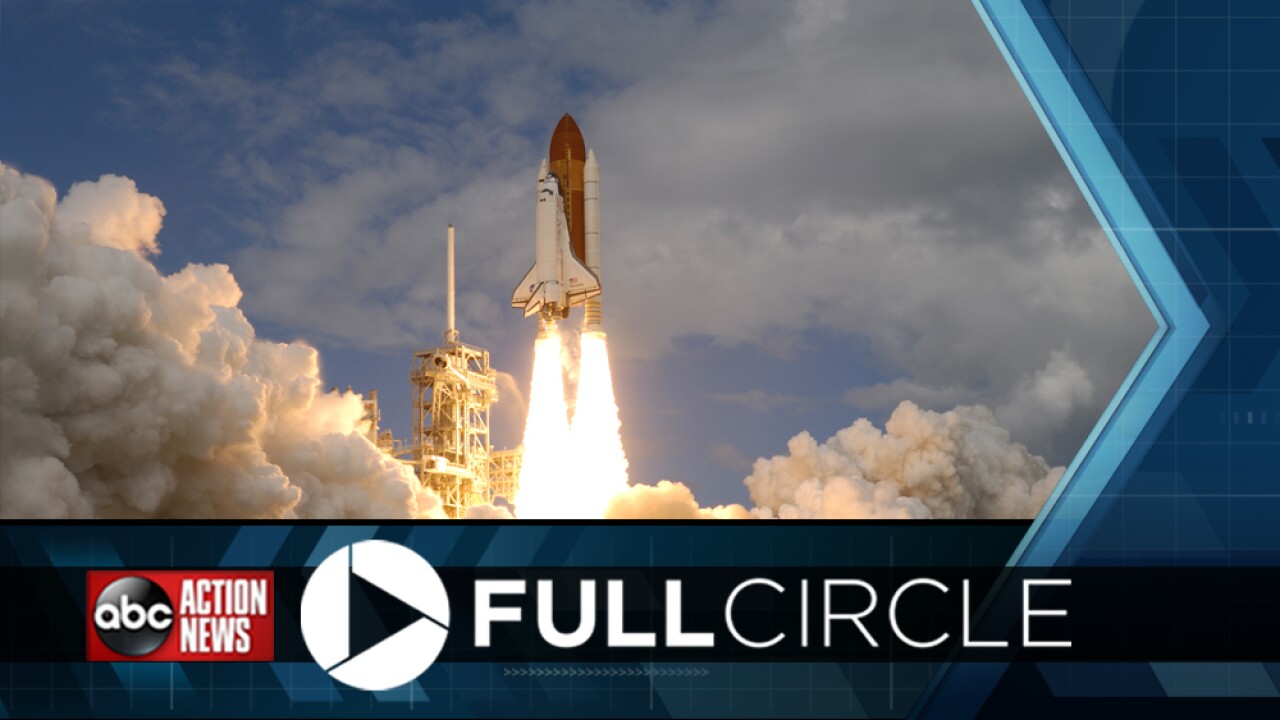 Will Cape Canaveral reclaim its glory as the rocket launch capital of the world? An entire community with the backing of a couple of famous billionaires are well on their way to making it happen.

As Americans fondly remember the 50th anniversary of Neil Armstrong and Buzz Aldrin's unforgettable moonwalk, there are astronauts training, and companies working around the clock to take us back to the moon and beyond.

The National Aeronautics and Space Administration (NASA) shut down the Space Shuttle program in 2011. But the gaps NASA left behind were quickly filled by companies like United Launch Alliance, SpaceX, and Blue Origin.

"This truly is the second golden age for space exploration for our country, for Florida, but particularly for Brevard County," Lynda Weatherman, the President and CEO of The Economic Development Commission of Florida's Space Coast, said.

"There's an excitement about the nostalgia 50 years ago with the man on the moon," she said. "It is equivalent to the same excitement we saw 50 years ago too. We lost, we as a country lost, a lot of our launch market. 50 years ago we had it all."

Technological advancements and private companies are turning the space race into a race, not between superpowers but eccentric billionaires.

"Well we have billionaires, and without them, we probably would not have reclaimed so much launch activity either. It took a billionaire cause this is a very expensive business to get involved in," Weatherman said.

From the Apollo missions to the Space Shuttle program, Cape Canaveral has been at the center of it all, through triumph and tragedy.

The rich history of Cape Canaveral is everywhere. Historical markers honoring the astronaut who risked it all are in parks across the county.

Locals will tell you stories about what happened to Brevard County when the Apollo missions ended, when the Challenger exploded, and when the Shuttle Program shuttered. For many, that is the past. The future of space travel is right in front of them.

As companies work to launch astronauts back into space from Cape Canaveral, entrepreneurs are working to cash in. We spoke with the head brewmaster of Playa Linda Brewing. Business is so good they built a second location just outside downtown Titusville with a clear view of the sky. The brewery and restaurant are becoming a popular spot to watch launches.

"From around the world, we see guests come in," Ron Raike, Brewmaster at Playa Linda, said. "They are here just for launches. It's an interesting customer base we are seeing. I don't plan on going up into space at all. I love brewing beer, and I love making customers happy."

Raike said he knew private companies were headed to Cape Canaveral, so he did too.

While Raike continues to build his business, other companies are just getting started.

"We think it's the silicon valley of space," Barry Hamilton said. Hamilton is the founder and CEO of Red Canyon Software and Engineering.

While the company works to help send astronauts to space, they also are investing millions of dollars in a development project aimed at revitalizing downtown Titusville. Barry Hamilton's wife Laura is the lead developer on a project to convert an old hotel and bank into apartments and a co-working space.

"I have been waiting my whole life for this project," Laura Hamilton said. "It is so thrilling, and the fact that both buildings are also on the National Registry of Historic Places, feeling that we are preserving part of America. But, just this is absolutely, serving the community of Titusville is a thrill."

The development is described as live, work, play. There will be a total of 20 apartments and downstairs retail space. Next door, the bank will be converted into a co-working space — the project will use the bank vaults for ultra-private conference rooms.

Red Canyon's motto is "exploring other planets, improving our own."

The Hamilton's are confident Cape Canaveral is the best place to start.

"We'll be doing regular trips to Mars, we'll be colonizing Mars, that's going to be in the next two to three decades," Barry Hamilton said.

"And Cape Canaveral is leading the charge?" Paluska asked.

COMMERCIAL SPACE AND BEYOND

United Launch Alliance plans to send astronauts to space by the end of the year. ABC Action News reporter Michael Paluska got an exclusive tour of the crew access tower where the astronauts will lift off.

"Humans are a great payload to have, and Atlas V brings with it a huge legacy and history of reliability and mission success," Tony Taliancich, the Director and General Manager of Launch Operations at ULA, said. "It is really critical when you are dealing with humans. Becoming a multi-planetary species and being able to get out there into orbit and do things with humans is really important. We are all excited about being able to expand our presence further."

ULA started in 2006 as a joint venture with Lockheed Martin and Boeing. A majority of their launches are highly specialized satellites for the U.S. military. But their commercial crew program is what they've been working hard to make a reality.

"I've been doing this for 30 years, and it just gets better every day," Taliancich said. "We've done some incredible things, but I think if you look at what's happening right now, we are really taking that next step."

Weatherman said the goal they are aiming for is 48 launches a year, sending humans, satellites, and cargo into space.

"Our airspace joins right over Cape Canaveral, so for the entirety of my career all launch activity on the Cape has heavily impacted air space that I work," Behan said. "It wasn't that big of a deal when the shuttle program was around because the shuffle would launch maybe 3, 4, 5 times in a year, so it was kind of a special event."

Behan said air traffic controllers don't have the technology, today, to monitor launches on their radar system. New software is in the works to help controllers track air space around launches. Behan says the safety of the traveling public is their number one priority. And depending on the type of launch at the Cape, air space over the Atlantic can be shut down for more than a thousand miles over the Atlantic Ocean.

Behan said they know launch schedules weeks and sometimes months ahead of time. Only a small unknown percentage of airplanes are impacted by launches, mostly in the form of ground delays.

"If they are flying extra miles they are going to burn extra fuel, and it takes extra time to get there so it all compounds," Behan said.

The future of Cape Canaveral and Brevard County gets brighter every day. NASA just announced its new program 'Artemis' to return to the moon. The goal is to have the first woman step foot on the lunar surface in 2024.