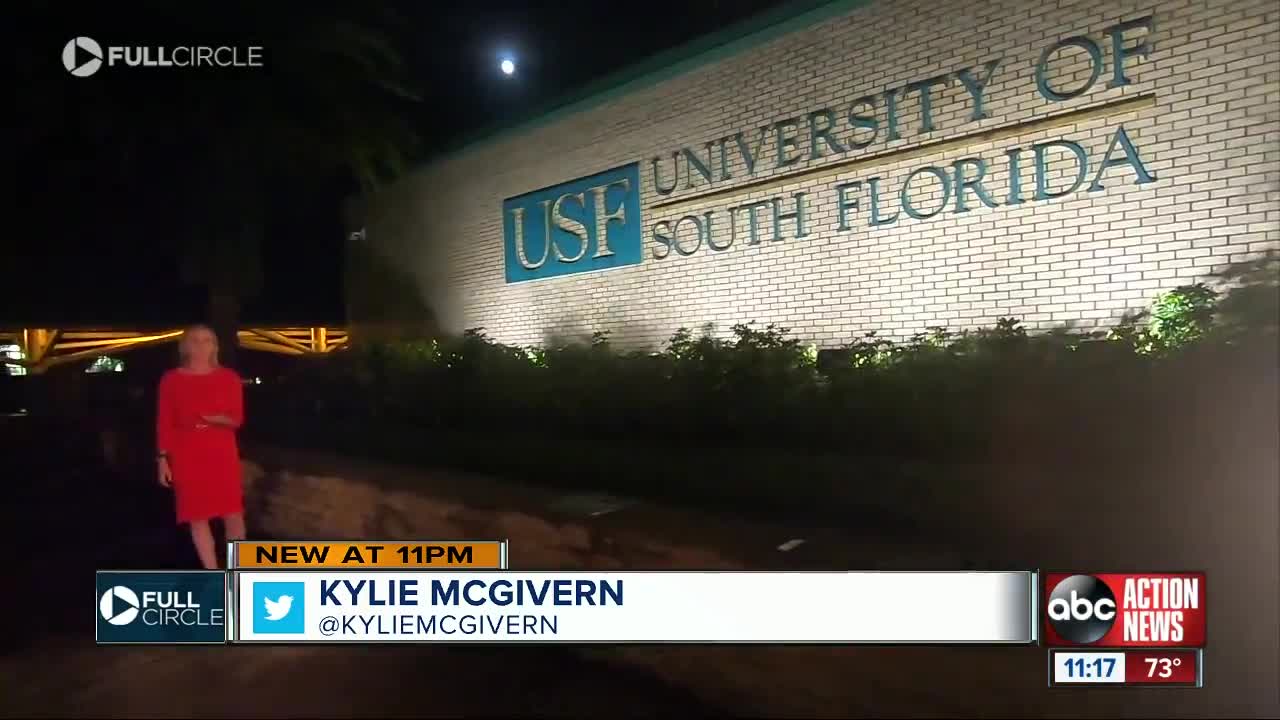 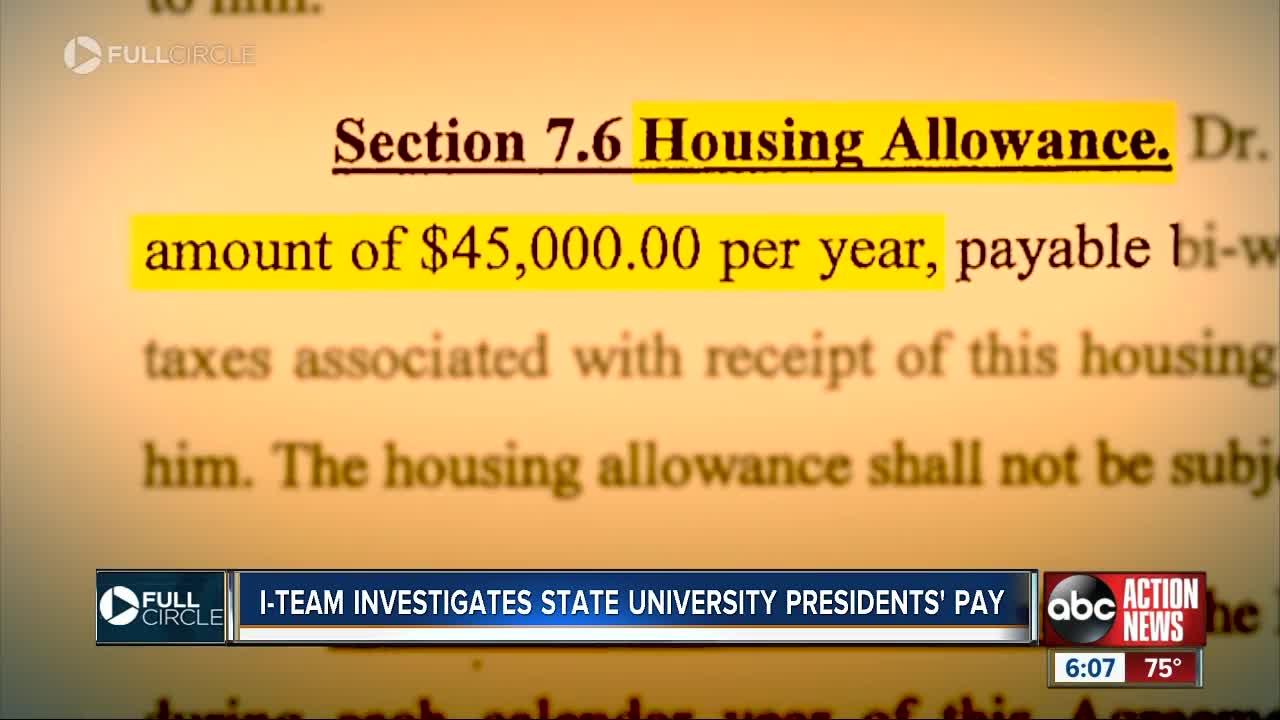 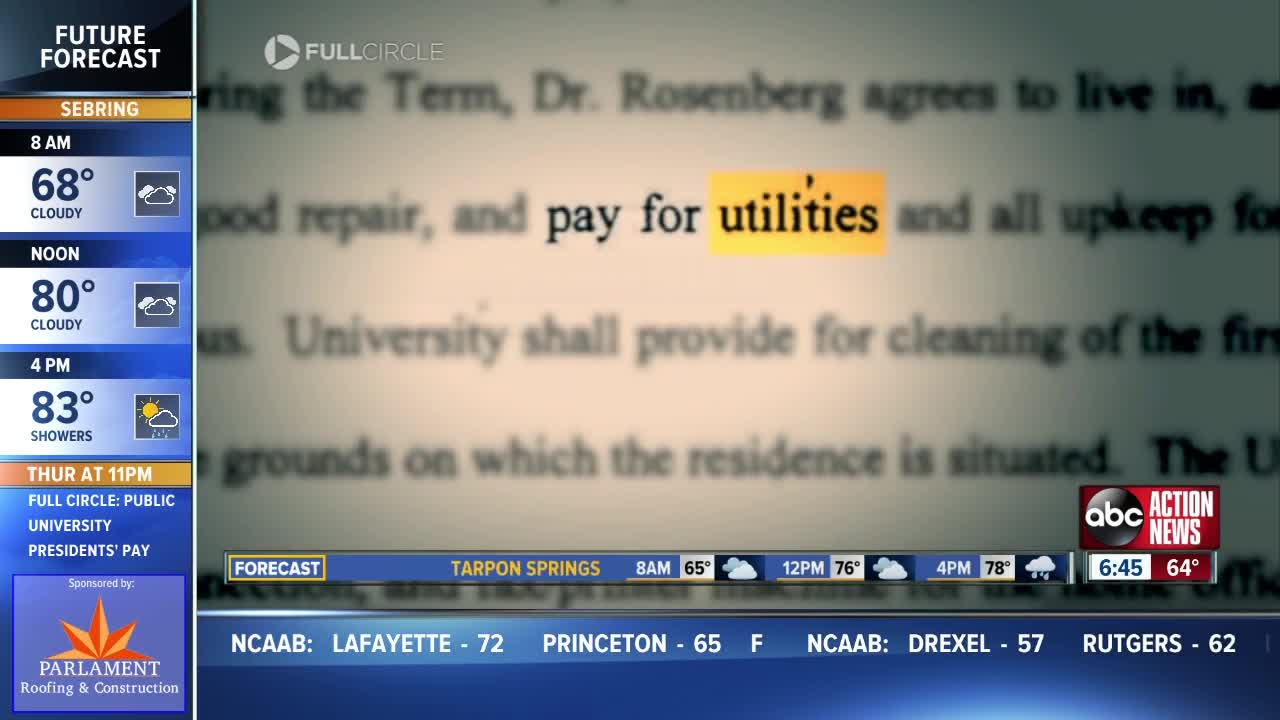 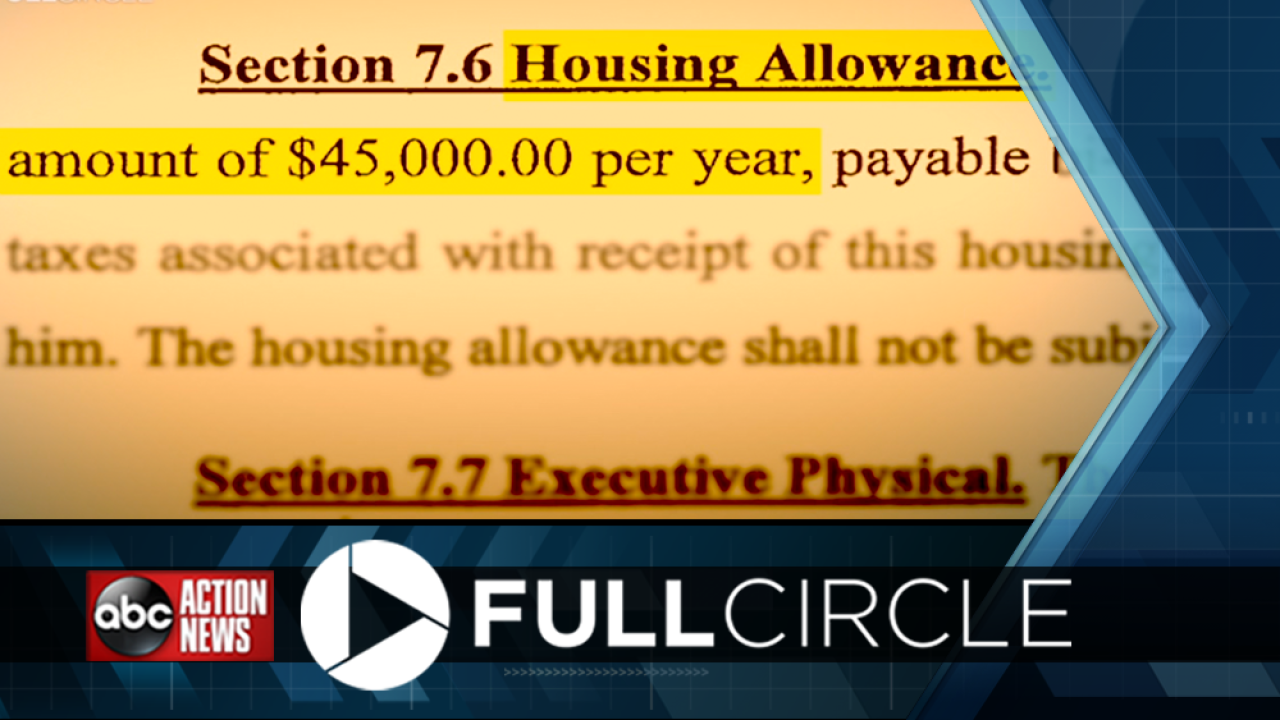 TAMPA, Fla. — The presidents for Florida’s taxpayer-funded universities command six-figure salaries and bonuses that rival the pay and perks of CEOs, a Full Circle investigation found.

I-Team Investigator Kylie McGivern spent seven months digging into the contracts of Florida’s 12 state university presidents and found as student debt continues to climb, so have the salaries for these university leaders.

"I had no idea… that presidents of colleges get a country club access,” said Julianna Kirschner, a senior majoring in psychology at the University of South Florida.

She told ABC Action News she worries about paying for graduate school.

"I might have to take a year off to save up more,” said Kirschner. “It causes a lot of stress I’d say – just because you have to consider where you want to be and then also what’s financially best for you.”

Alexandria Rayne, a senior majoring in economics at USF, said she worries about earning enough to pay off the student debt she’s accumulated.

“The thing is I don't know what I'm going to do after this,” said Rayne. “At first I had a career in mind, but after having this huge debt, it makes me wonder.”

As the nation’s student loan debt ticks up to more than $1.5 trillion, the I-Team found the salaries of Florida’s public university presidents also growing.

Steve Currall took over at the University of South Florida in July 2019 with a base salary of $575,000. That’s more than the $505,000 base salary Judith Genshaft earned before she left the same presidential post – a position she held for nearly two decades.

Kent Fuchs, the president of the University of Florida, is paid an annual salary of more than $926,000 – the highest among the state’s dozen public universities. UF also paid Fuchs $15,000 to cover legal fees to negotiate his contract.

The I-Team also uncovered state university presidents raking in bonuses just for taking – or staying – on the job.

Florida International University and Florida Atlantic University handed out tens of thousands of dollars in signing bonuses to its presidents. At Florida State University, the president can cash in on a $225,000 bonus after five years.

In Florida, there’s a state law prohibiting taxpayers from forking over more than $200,000 to pay university presidents. But the I-Team found state universities are finding ways to pay presidents more by cutting them paychecks through university foundations.

Below are the contracts signed by the presidents of the following schools:

Donal O’Shea, a past president of the Florida Association of Colleges and Universities, defends state university presidents’ salaries as well-deserved.

"In many cases, they're running multi-million, hundred-million-dollar operations,” said O’Shea.

O’Shea earns a $305,000 annual salary as president of New College of Florida, which is in Sarasota and the smallest of Florida’s public universities.

"Fundraising is a huge part of what we do,” said O’Shea. "My colleagues… the ones I know of – I don't think are being overcompensated."

O’Shea said a president’s annual bonuses tend to be tied to student success, including the proportion of students graduating after four years.

“That's really important in keeping the costs low and so those are the right metrics,” said O’Shea.

The I-Team found annual bonuses for presidents at Florida’s state universities range anywhere from $100,000 to $300,000.

When asked if the presidents’ salaries and benefits are excessive, O’Shea said, “I've never looked at president salaries and our operation hasn't. I don't think so, but I don't know.”

“We probably have about 300 contracts in our study today,” said Finkelstein.

In their review of the contracts, Wilde said, “We are just seeing presidential contracts going higher and higher."

Wilde said taxpayers should decide if that money could be better used elsewhere.

"You wouldn't have to take very much off of this presidential contract to be able to provide a lot more scholarships to students and that – that to me is one of the real things to think about with these contracts,” said Wilde. “Is the president so important or are the students more important?"

The I-Team requested interviews with the presidents of the five universities named in this story. Four presidents declined on-camera interviews, while Florida Atlantic University failed to respond to the request.

USF also provided a statement from USF Board of Trustees Chairman Jordan Zimmerman:

“The University of South Florida is performing at higher levels than ever before in many key areas, including student success, research and fundraising. Our university has in place the strategic direction to continue USF’s trajectory as the fastest-rising university in America.

Our Board of Trustees determines compensation and benefits through a comprehensive market evaluation of the salary ranges and total compensation for presidents at USF’s peer institutions and other universities in Florida. We use the comparative data collected to create a competitive compensation package. Our board also makes it a priority to place a significant portion of the president’s compensation at risk each year based on meeting established performance goals. We could not be more excited about the future of our preeminent university.”