TALLAHASSEE, Fla. (AP) — Authorities say a woman is accused of pulling a gun on another shopper outside a Florida supermarket after an argument that began in the checkout line.

The Leon County Sheriff’s Office charged 36-year-old Jessica Mock with aggravated assault with a deadly weapon without intent to kill. 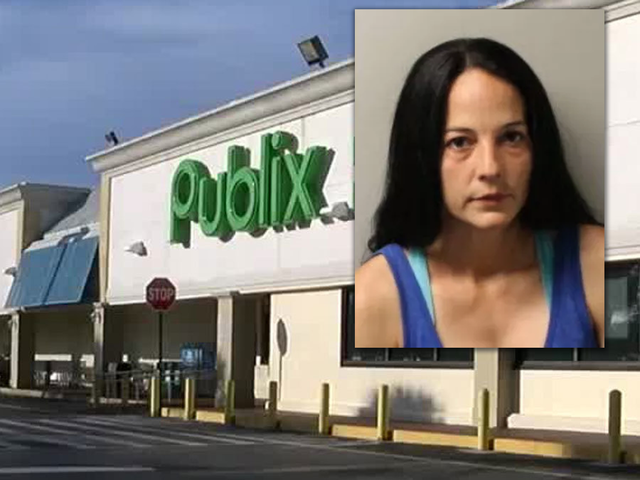 The Tallahassee Democrat reported Mock was in a checkout lane at a Publix grocery Sunday but left the line briefly for a forgotten item, returning to find a woman had gotten ahead of the cart she left in line.

The sheriff’s statement says the two argued and the other woman changed lines. As the victim was returning her cart outside the Tallahassee area supermarket Mock then pointed a handgun at the victim.

Court records do not list an attorney for Mock.