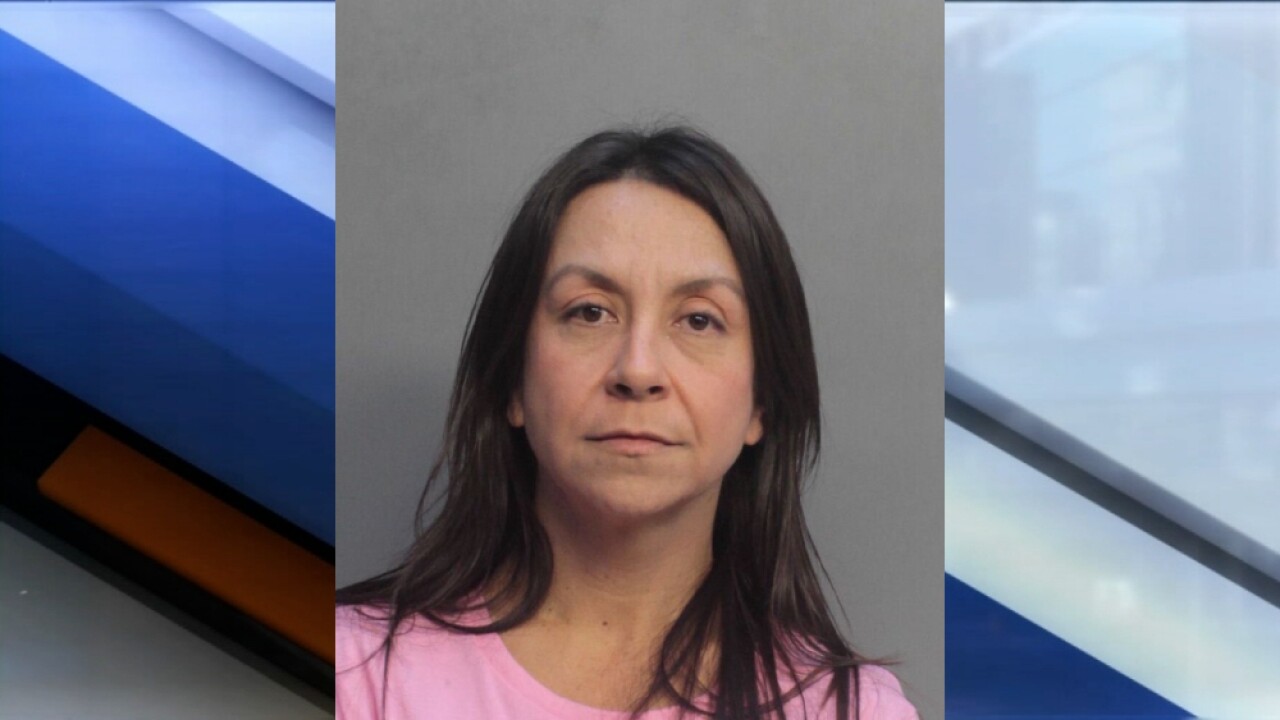 DORAL, Fla. — A 47-year-old science teacher in south Florida is facing charges for lewd and lascivious assault on a child after she professed her love to a 13-year-old student, repeatedly messaging him through social media.

Andrea Jimenez was a teacher at the Doral International Math and Science Academy when she began "courting" one of her students, according to an arrest affidavit. Jimenez would regularly contact the victim and on one occasion attempted to kiss the sixth grader, then aged 12, on the last day of the school year in May 2018. The affidavit states Jimenez regularly "lured" the victim into her class after school.

Jimenez was arrested after turning herself in on Friday. The affidavit shows that Jimenez made statements to certain school personnel that she was acting inappropriately with a student and was worried about her job. That was right before the boy's mother found the messages and reported Jimenez to the school.

Jimenez would regularly buy gifts for the boy, from clothing to electronics, according to the affidavit. She also told him not to talk to girls his own age.

In other messages she sent to the victim, Jimenez asked if he would commit lewd acts with her.

After she was reported, Jimenez was ordered not to contact the victim or his family, but the affidavit shows she did so anyways. She sent text messages to the mother of the victim begging for forgiveness, saying she was embarrassed.

Jimenez was transported to the Turner Guilford Knight Correction Center following her arrest.