Toyota and Honda cars among most stolen vehicles in Florida 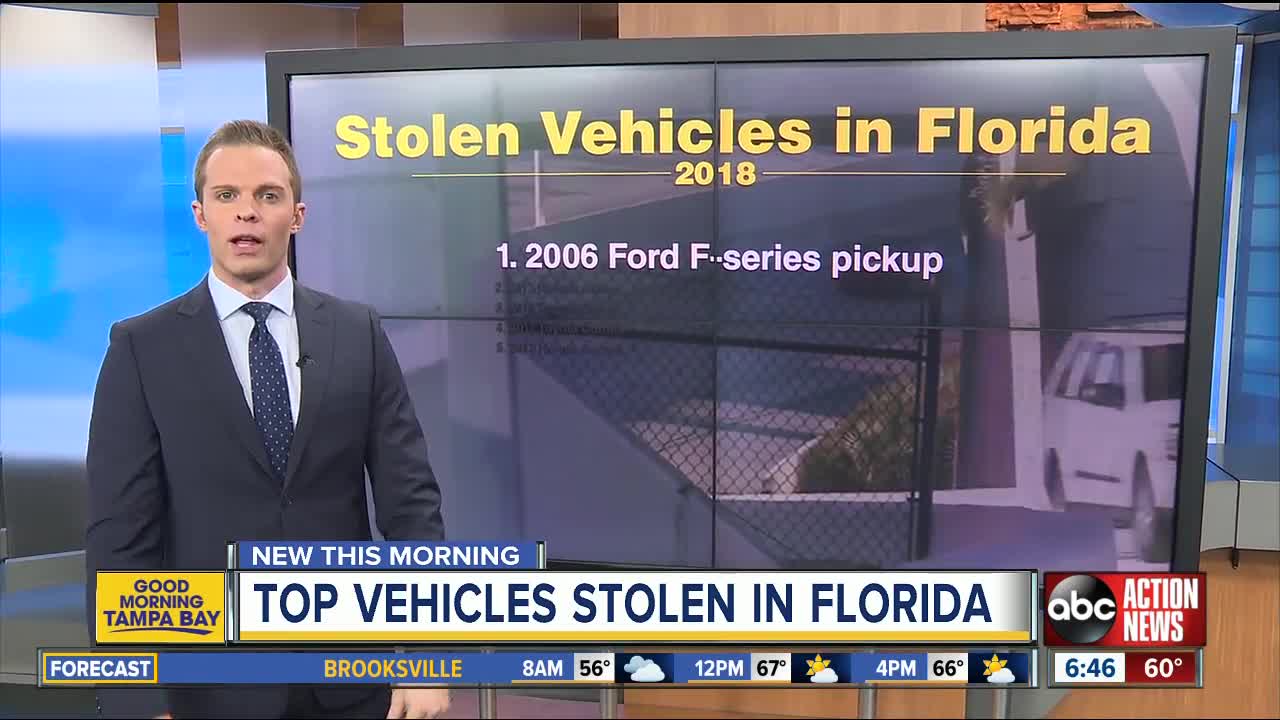 People living in Florida who drive cars from Japanese automakers will want to double check their doors are locked because they are among the most stolen vehicles in the state. The National Insurance Crime Bureau's (NICB) annual Hot Wheels report identifies the 10 most stolen vehicles across the country and in Florida. 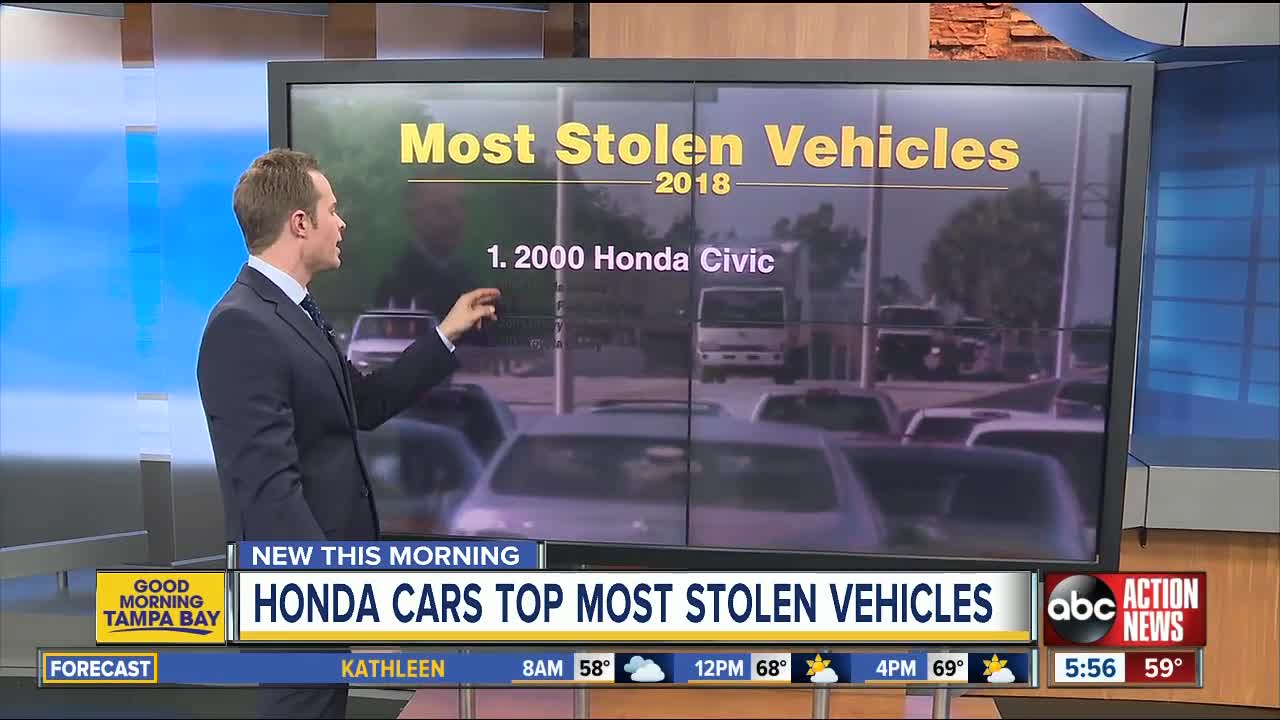 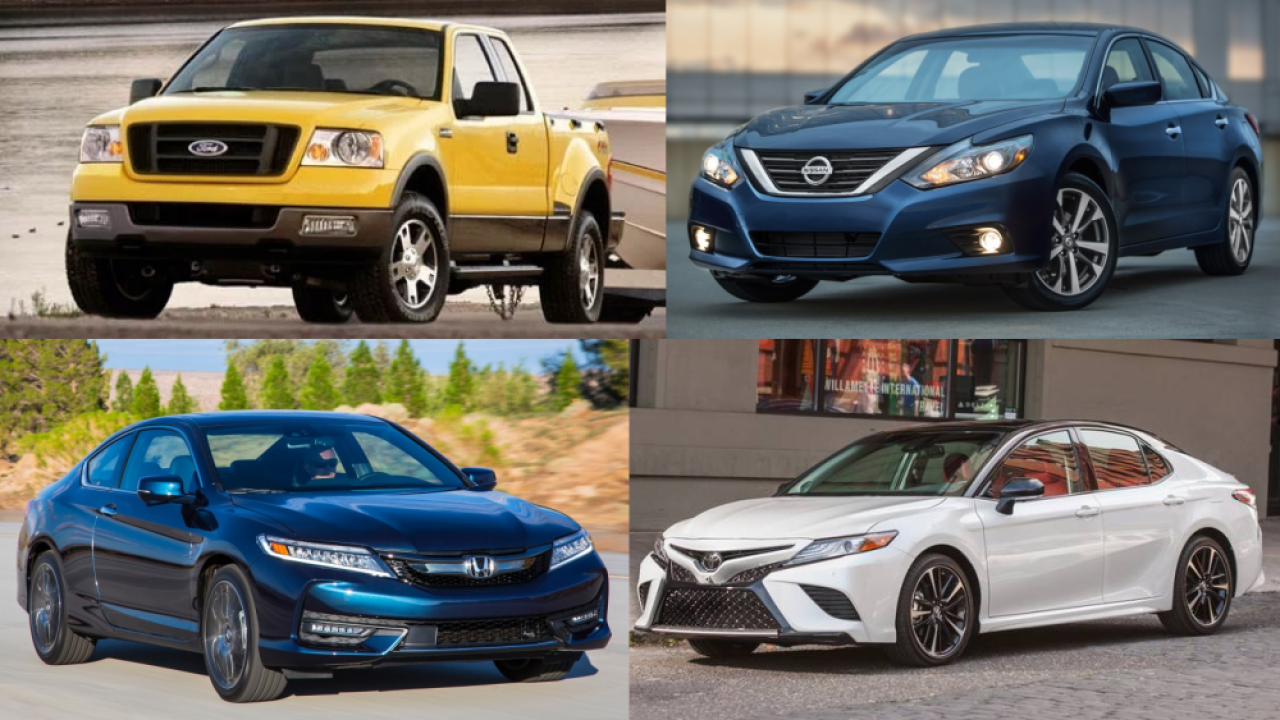 TAMPA, Fla. — People living in Florida who drive cars from Japanese automakers will want to double check their doors are locked because they are among the most stolen vehicles in the state.

The National Insurance Crime Bureau's (NICB) annual Hot Wheels report identifies the 10 most stolen vehicles across the country and in Florida.

The FBI reports thieves stole 748,841 vehicles in the United States in 2018. That represents a decrease of three percent from 2017.

The favorite target for crooks? Honda sedans. Over ten percent of thefts involved a Civic or Accord.

The most stolen vehicles in the country last year were:

While six vehicles more than ten years old made the national top ten list for most stolen vehicles, that is not the case in Florida. Instead, recent models from Japanese automakers were the favorite target of car thieves in the Sunshine State in 2018.

The number one vehicle stolen in Florida was the 2006 Ford F-series full-size pickup.

The 2017 Nissan Altima was the second most popular vehicle to steal in Florida. A total of 13,284 Nissan Altimas were stolen nationwide in 2018.

Two vehicles from Toyota finished next on the list of most stolen vehicles in Florida last year. The 2018 Toyota Camry ranked third, while the 2017 Toyota Camry fourth.

Two sedans from Honda are also targeted a lot by car thieves in Florida. The 2017 Honda Accord ranked as the fifth most stolen vehicle last year while the 2016 Honda Civic came in sixth.

Authorities say crooks like to target popular cars to steal because it is easier for them to sell off their parts for money.

The NICB offers some easy and cost effective ways to deter a thief from stealing your car.

When you are about to exit your vehicle, the nonprofit recommends you always remove your keys from the ignition, lock your doors and close your windows. You should also park in a well-lit area.

A second layer of protection is to make sure there are visible or audible theft deterrent devices in your vehicle. Many can be purchased or installed for little cost. A secondary benefit is you can save money on your auto insurance if your vehicle has an alarm installed in it.

Two other ways to protect your car is to install an immobilizing device to prevent a thief from hot-wiring it or place a tracking device inside to help police recover it after it is stolen.

Anyone with information concerning vehicle thefts can report it anonymously to the NICB by calling 800-835-6422 or submitting a form on the organization's website.