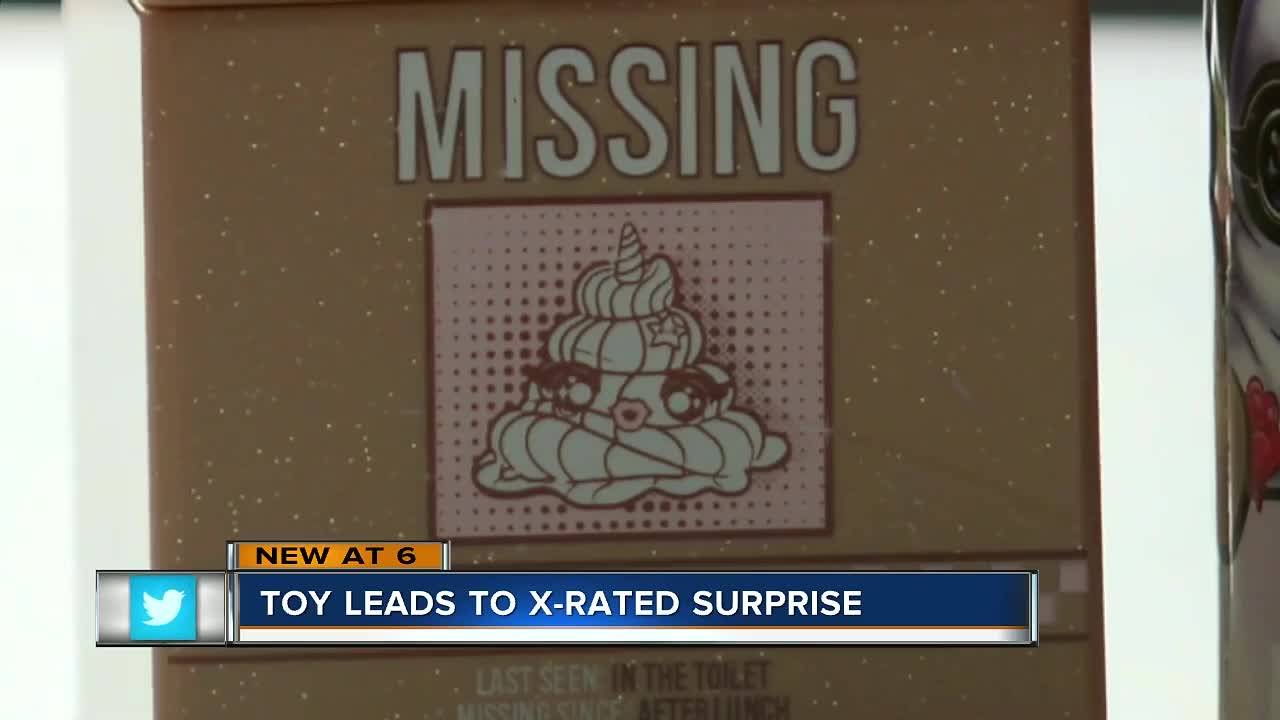 A toy that’s already on Christmas wish lists led to an x-rated surprise for a local family. 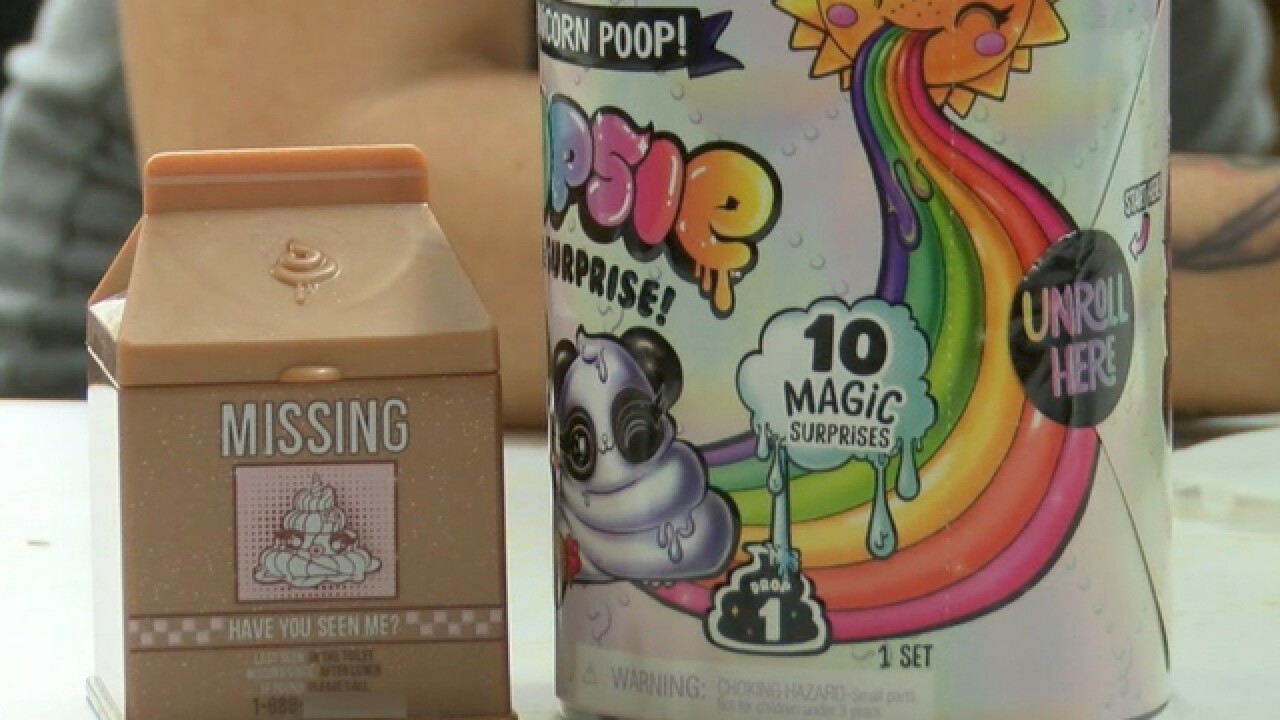 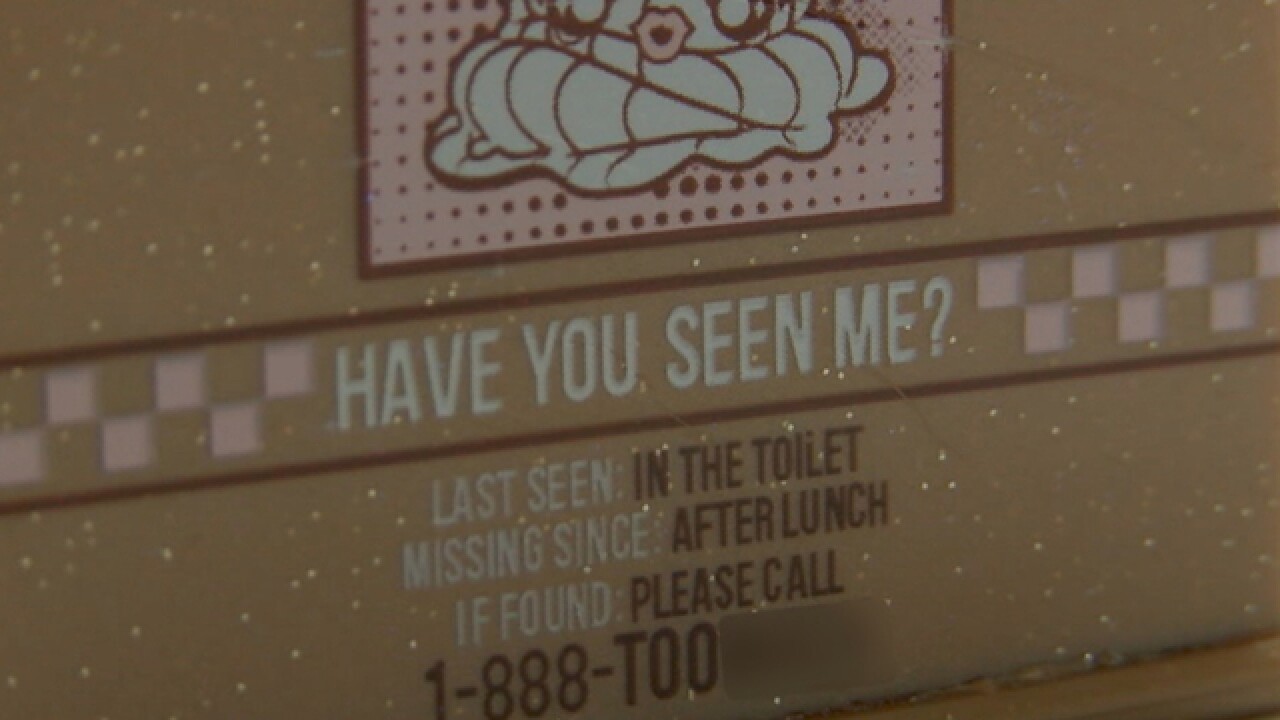 PORT RICHEY, Fla — A toy that’s already on Christmas wish lists led to an x-rated surprise for a local family.

Inside the colorful Poopsie Slime Surprise case is a poopsie keychain, container and ingredients to make sparkly slime.

"My daughter, my sons, they all play with these toys,” said John Corbett.

After Leveille and Corbett bought one from Target last week, they found a detail meant for adults only — a phone number printed on the milk carton that came with the collectible Bessi Cowpie.

The number connects you straight to a sex line.

“Want me to send you a sexy pic of me?” the message says in part.

ABC Action News blurred the number because of its inappropriate nature.

They’re even more concerned about kids dialing it. We dialed the number too and got the same result.

"Maybe they call, maybe they wouldn’t but if they did all they have to do is press a couple buttons and it sent directly to their phone,” said Leveille.

We reached out to the toy maker, MGA Entertainment. It’s the same company that makes LOL surprise dolls. Officials there tell us they’re working to remove the number from the product:

"Providing safe and wholesome play experiences are of upmost priority to us.  Upon learning about this issue, we immediately implemented a course of action. We are offering an ultra-rare exchange product to anyone who currently has a Bessie Cowpie, at no expense to the customer. We are also talking with retailers to address whether this one particular character is currently on stores shelves, particularly since it’s an ultra-rare style.” -- MGA Entertainment Spokesperson.

"I would think they have someone on their team to look over this and catch this before something happened,” Corbett said.

The toy makers wouldn't explain how the active number ended up on the product, but after ABC Action News reached out, the company confirms they’ve negotiated with the owners of the number and have acquired it. Now, it leads to a kid-friendly message.