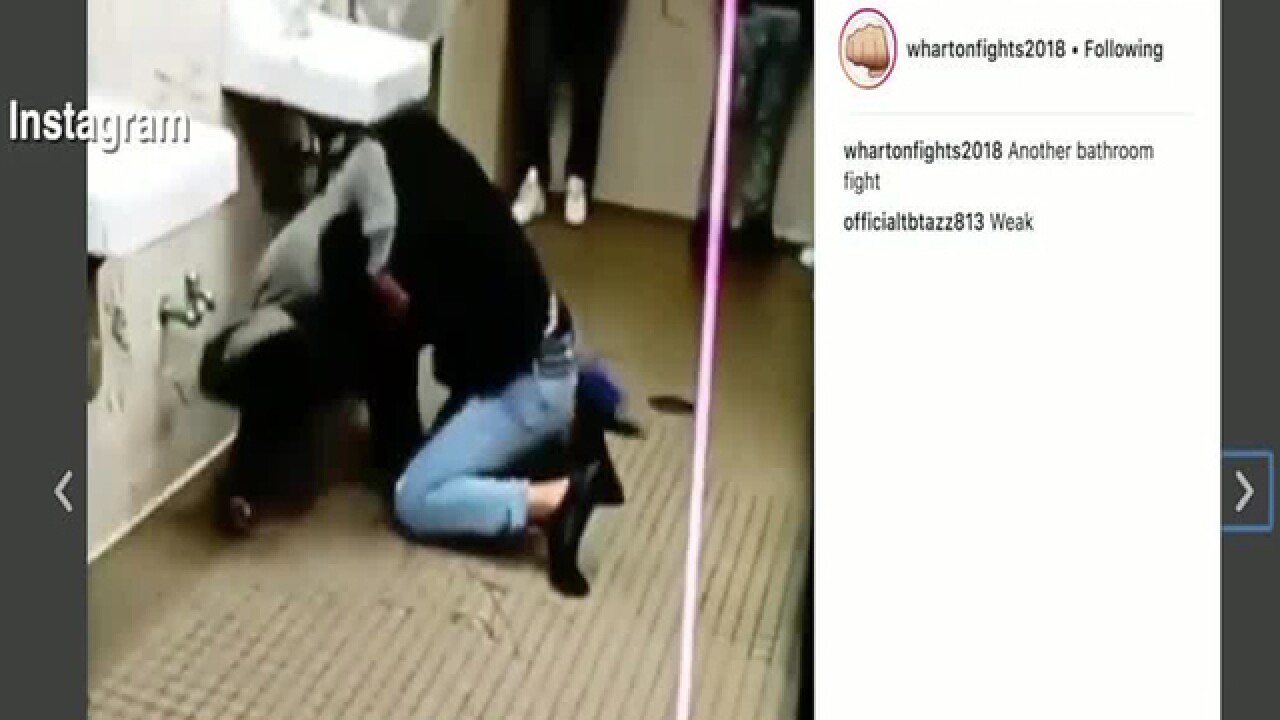 NEW TAMPA, Fla. — Violent fights at a Tampa Bay high school are capturing not only the attention of those in charge but also the Hillsborough County Sheriff's Office.

ABC Action News was first to report on Instagram's "Whartonfights2018", a page that posts videos of brawls at Wharton High School.

Since our story aired on Monday, we've confirmed the school has seen two more fights, prompting the sheriff's office to take action.

Deputies have increased patrols on campus, we spotted several additional cruisers after school let out Wednesday.

"As a result of several fights that took place last week, yesterday and today, HCSO is at Wharton High School campus…in an effort to de-escalate any further potential incidents and to provide additional security," said HCSO spokesperson, Danny Alvarez.

"That there had been a lot of fights and arrests made, there were students that wouldn’t be coming back," said Carrie McMillan.

“The vast majority are coming to school and learning and doing the right thing," said HCPS spokesperson Tanya Arja. "This is a small group of students who are causing the disruptions.”

"And they’ve held us back for over eight minutes before they started dismissing us," said Anderson.

ABC Action News asked district officials what's behind this recent spike in violent outbursts, documented for all to see on social media.

“These are not school-related issues," said Arja. "These are neighborhood issues, these are social media posts that are out there that the students are then taking that on to campus.”