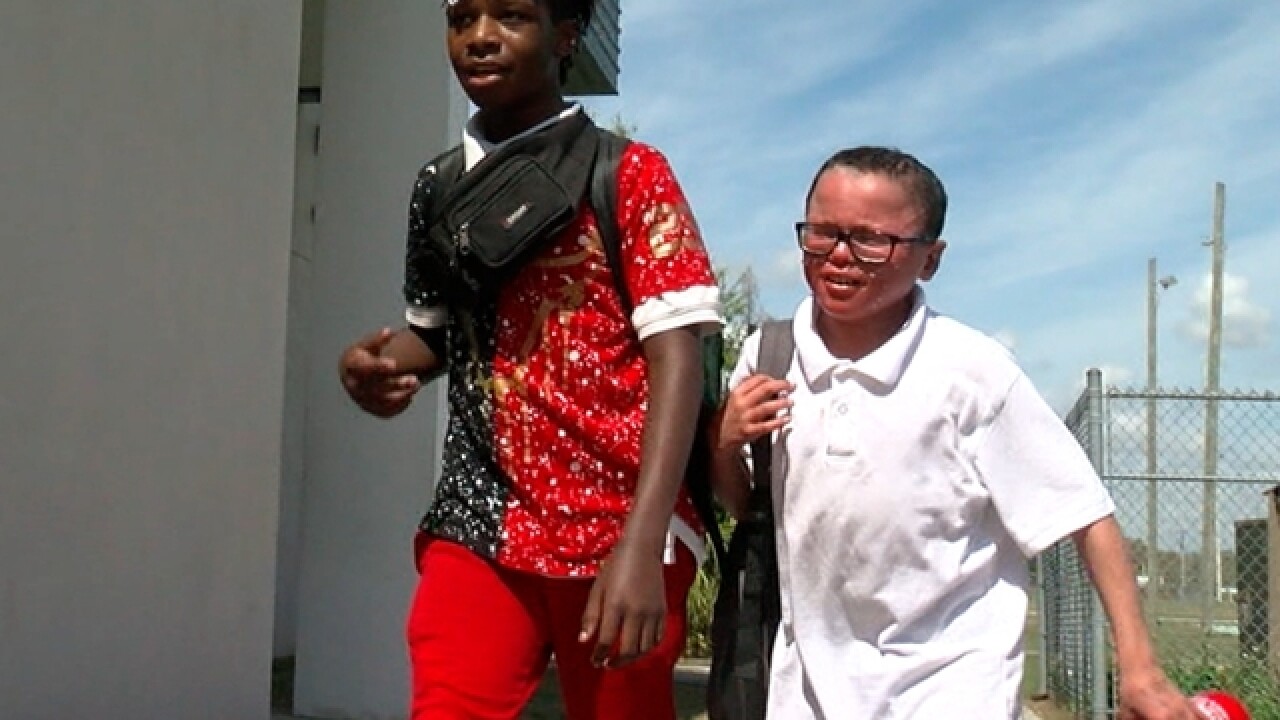 TAMPA, Fla. — Demetra Johnson hears it all the time.

“At first I thought you were weird because you were being so friendly," says Johnson.

The 16-year-old junior at East Bay High School in Gibsonton laughs off that first impression. Good luck getting her to do anything but smile.

The front office at East Bay relies on Demetra to help lonely or alienated students, whether a new kid or one who appears lost, to start to feel like they belong.

“You never know what someone’s going through until you go up to people and have a conversation,” says Johnson, who coordinates with her friends to make sure kids do not have to eat lunch alone.

“Most people give back the same energy you give to them,” says Johnson.

With so much tension surrounding schools after the Parkland shooting, teachers in the Tampa Bay area say they are noticing an uplifting trend: more and more students are being really, really nice to each other.

“I was just surprised someone was this nice to me,” says Tobi, who was so taken with Demetra’s kindness he wound up taking her to the homecoming dance.

Several schools on both sides of the bay, including McMullen-Booth Elementary in Clearwater, are now incorporating kindness into the teaching curriculum. Students then take it upon themselves to make sure smiles outnumber the bullies at recess.

All ages are getting into the nice act, too.

The friendship of Elio, a new student who spent a lifetime getting bullied due to a skin condition, and Chris, a confident popular kid, amazed teachers and parents at Dowdell Middle School in Tampa.

This could be a sign of the times or maybe the kindness being shown grew out of the anti-bullying movement.

Regardless, students like Chris are taking the initiative. And for guys like Elio, it is a relief after years of trying to find some peace at school.

“When you have a skin condition, it effects a lot of things, like how people treat you,” says Elio. “To have a friend like Chris, it feels good.”