Howard Frankland Bridge to close this weekend for construction
NewsEducation 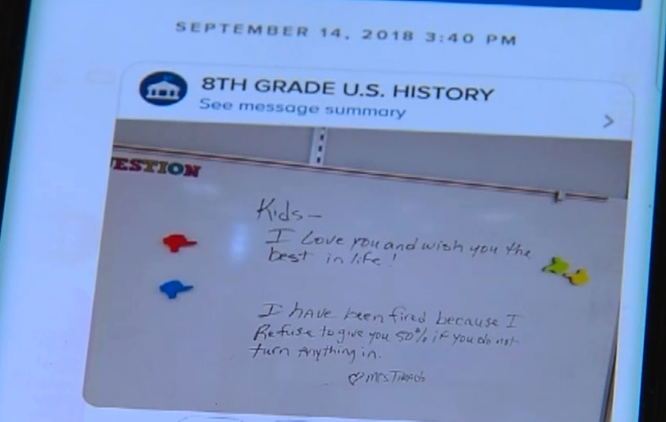 Diane Tirado wrote a goodbye message to her eighth graders on a white board saying, "Bye Kids, Mrs. Tirado loves you and wishes you the best in life! I have been fired for refusing to give you a 50% for not handing anything in. &lt;3 Mrs. Tirado" 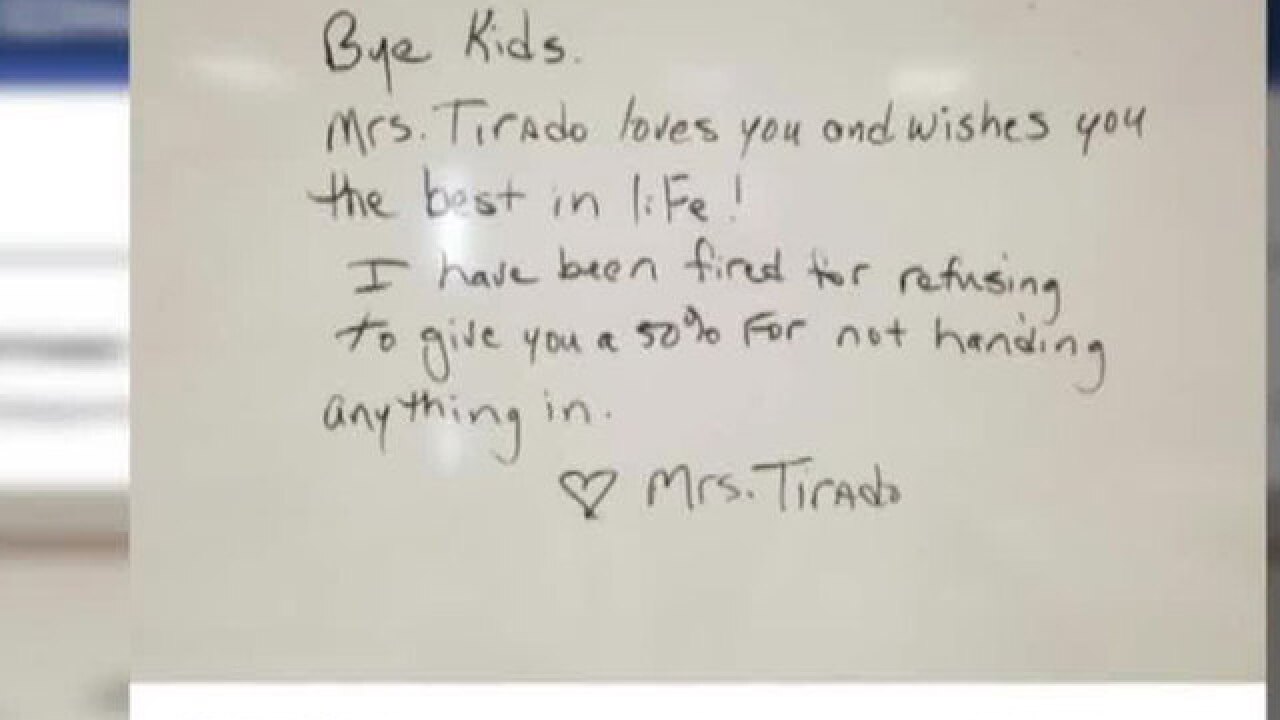 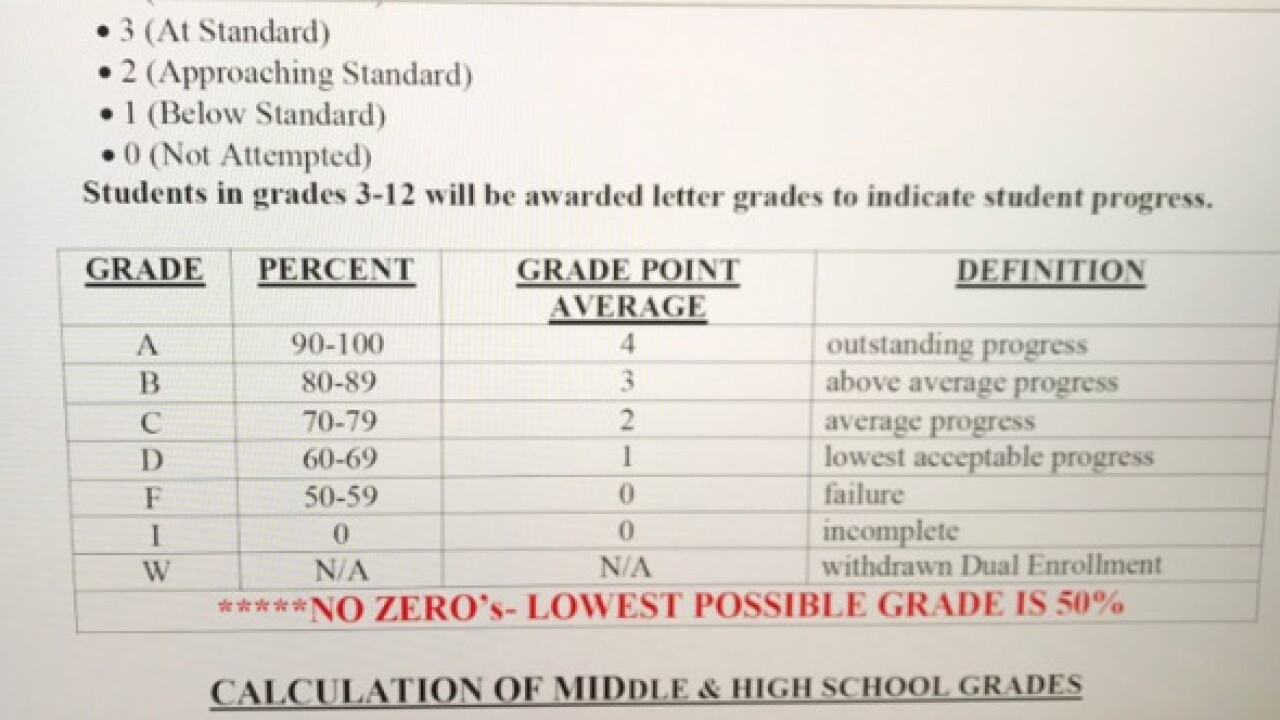 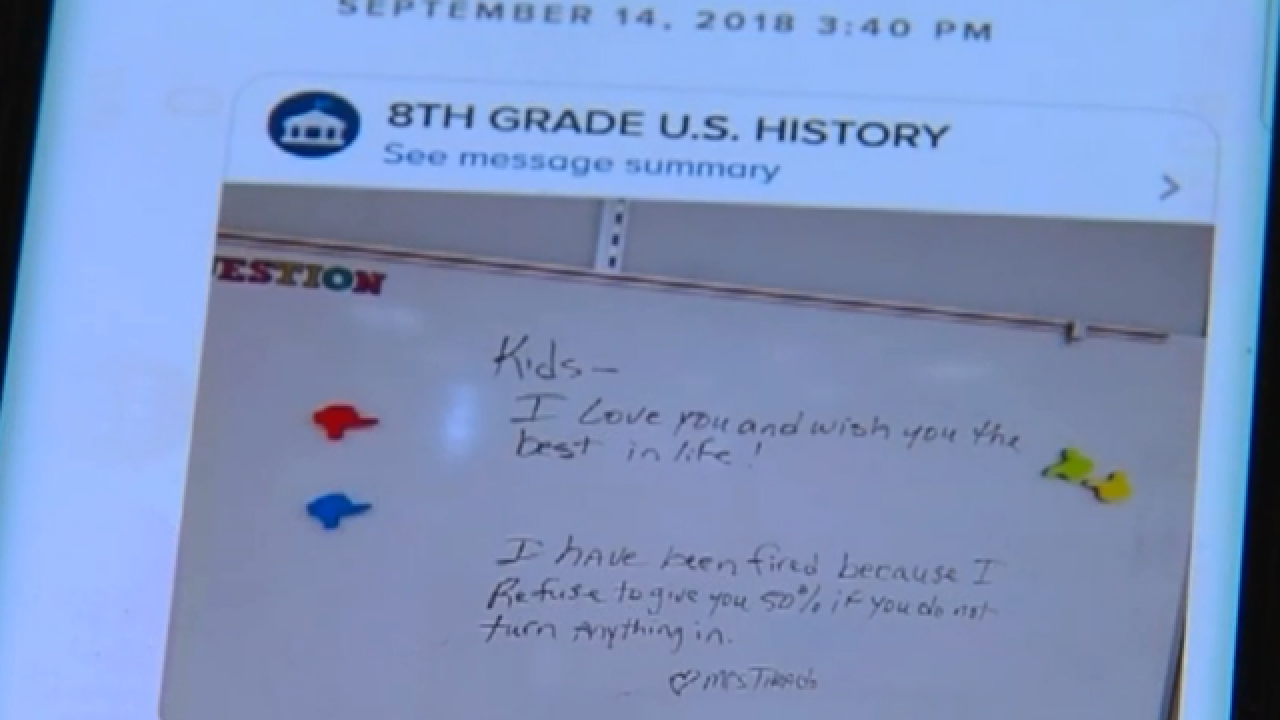 PORT ST. LUCIE, Fla. (AP) — A Florida history teacher says she was fired for refusing to give half-credit to students who didn’t turn in their assignments.

She wrote a goodbye message to her eighth graders on a whiteboard saying, "Bye Kids, Mrs. Tirado loves you and wishes you the best in life! I have been fired for refusing to give you a 50% for not handing anything in. 💓 Mrs. Tirado."

Diane Tirado says her school along Florida’s Treasure Coast had a “no zero” policy, requiring teachers to give students no less than a 50-percent grade on assignments.

Tirado tells television station WPTV that she was fired in mid-September when she refused to follow the policy after several students didn’t turn in a homework project.

No specific cause was given in her termination letter from the principal at West Gate school, since Tirado was still on probation having been recently hired.

“I’m so upset because we have a nation of kids that are expecting to get paid and live their life just for showing up and it’s not real," Tirado said.

A spokeswoman for St. Lucie Public Schools says there is no district policy prohibiting teachers from giving a grade of zero.

"Diane Tirado was employed as a teacher for St. Lucie Public Schools (SLPS) from July 30, 2018 to September 14, 2018.  She was contracted as a teacher on probationary status, and was terminated shortly after one month of classroom instruction.

SLPS values the importance of maintaining a high-quality teaching staff who support students’ individualized learning needs; who understand the value of forming appropriate and positive relationships with students, colleagues, and parents; and who provide accurate and productive feedback to students on assignments. Wavering on the expectations of quality is not an option.

There is no District or individual school policy prohibiting teachers from recording a grade of zero for work not turned in. The District’s Uniform Grading System utilizes letter grades A-F, numerical grades 100-0 and grade point averages from 4-0."

When asked specifically about the wording of "no zeros" on the West Gate student and parent handbook, Padrick said:

"Some classroom teachers and school faculties have discussed the range of points for work submitted in each grading category.

A zero is noted on the scale for work not attempted or work that is incomplete."

“A grade in Mrs. Tirado’s class is earned," Tirado said.