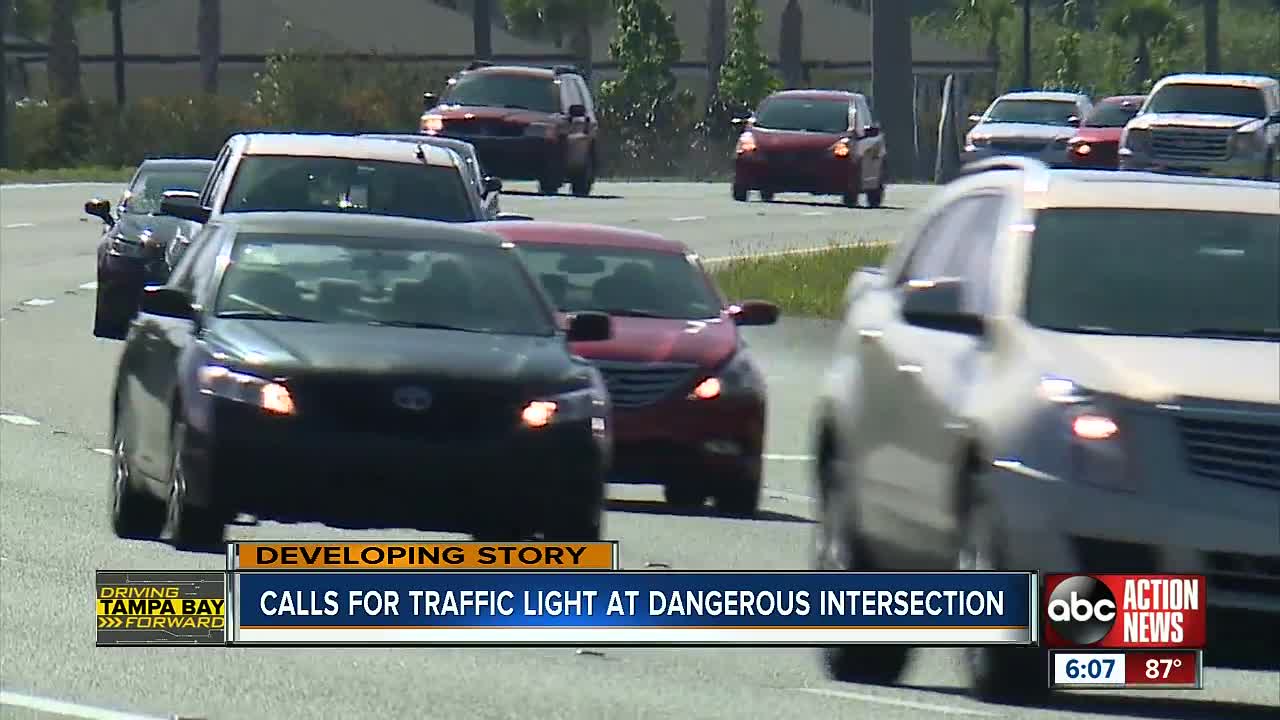 Residents in a Pasco County neighborhood are calling our Driving Tampa Bay Forward tip line wondering how much longer they will have to wait before a traffic light will be installed at a deadly intersection on SR 54. https://wfts.tv/2H5OyhX 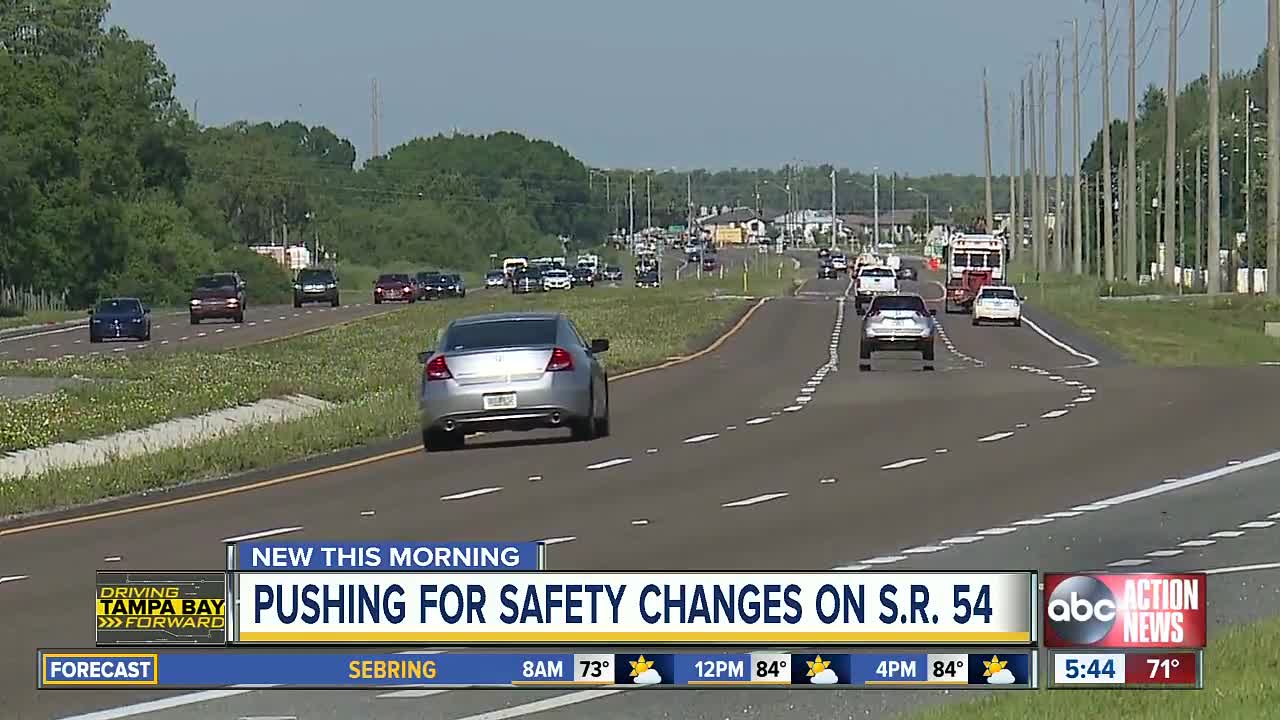 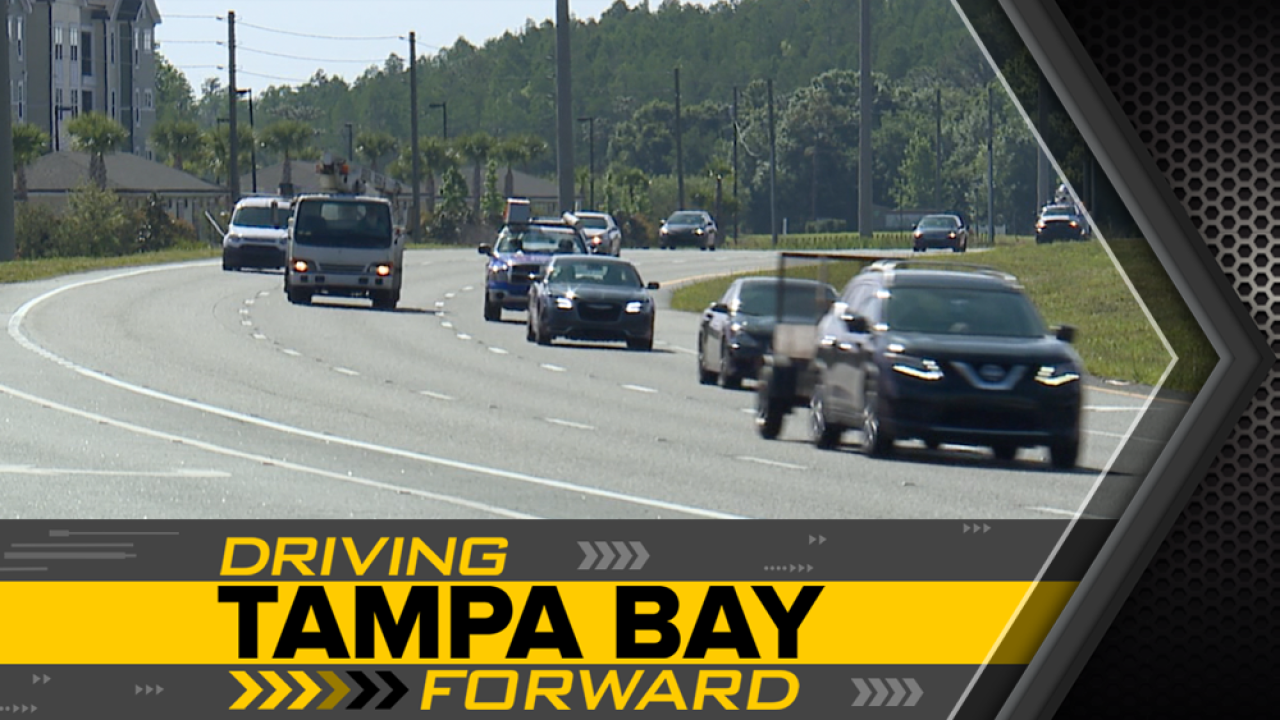 PASCO COUNTY, Fla. — Residents in a Pasco County neighborhood are calling our Driving Tampa Bay Forward tip line wondering how much longer they will have to wait before a traffic light will be installed at a deadly intersection on SR 54.

Ellen Wolf says she was told a traffic light would soon be put at SR 54 and Asturian Parkway when she moved into Asturia a little more than two years ago.

“I’m very discouraged because I don’t understand. When people's lives are important why there seems to be the dragging of feet,” said Wolf.

Florida Department of Transportation spokesperson Kris Carson disputes that characterization. She says the traffic signal was originally found not to be needed because the retail planned for Asturia hadn’t been developed, but plans have changed since then.

“It was not warranted in the very beginning, but now looking at the crash data and the traffic out there, it is warranted,” said Carson.

Two people on a motorcycle were killed in December 2018 by a vehicle leaving the development on Asturian Parkway. Carson expects the signal to be activated by the end of 2019. Carson says Hines, Asturia’s developer, will pay for it.

“The safety of our residents at Asturia is paramount. When we started this project in 2014, we requested that FDOT allow the installation of a traffic light. In August of 2018, FDOT allowed us to submit for the permit to construct the traffic light and we hope a timely approval will allow us to move forward with the installation plans as soon as possible.”

Street lighting is also a concern for some residents. FDOT says a lighting project is in the works for SR 54 from Gunn Highway to Altamont Lane. Construction is set for 2024, but the department is trying to move the project up by a year or so, according to Carson. There are no plans to reduce the speed limit on SR 54, but extra enforcement is possible.

“People want to be here and live here so let’s make it safe,” said Wolf.