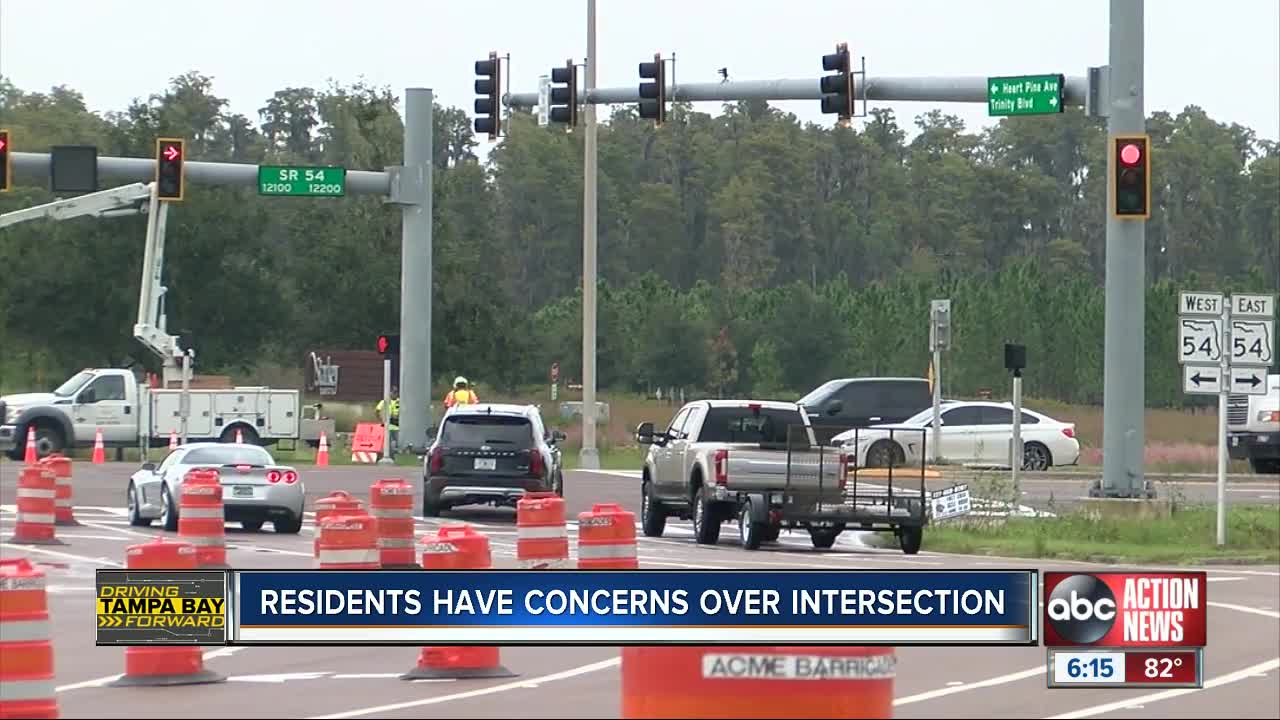 Turn lanes and arrows are a point of concern at a busy intersection in Pasco County. 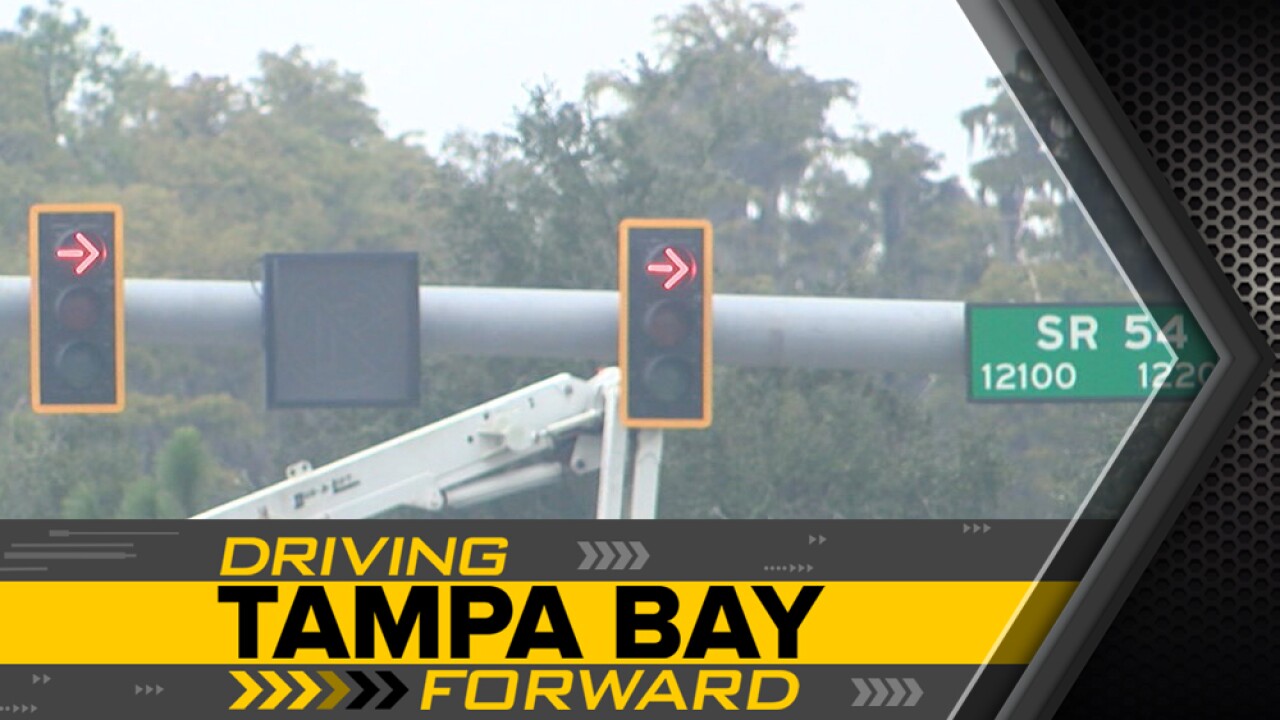 PASCO COUNTY, Fla. — Ed Burke says it shouldn’t be so scary to leave his Pasco County neighborhood for work every morning.

“I’m super nervous. I’m cautious at the area whether I’m going straight across or I’m making the right there,” he said.

The issue for people who drive through this part of Odessa starts with two red arrows.

There are two lanes for drivers turning right from Trinity Boulevard onto State Road 54.

But when cars turn left onto 54 with a green light from the Starkey Ranch neighborhood they often end up in the same middle lane as people turning right from the outside lane of Trinity Boulevard.

“I would say three times a week, two times a week there’s somebody there. There’s been some major ones there, fatalities,” Burke said.

There is a "no turn on right" signal that lights up, but drivers still seem to turn right even when it’s illuminated.

“I don’t know how much more prevalent they can make it that you shouldn’t be making a right hand turn," said Burke, who owns a local State Farm insurance office.

According to the Florida Highway Patrol there have been dozens of crashes on this stretch of State Road 54; more than 20 involved injuries.

The Florida Department of Transportation says there have been two deaths at the intersection, but those had different causes.

After we reached out to FDOT they said they will review the area.

In the meantime, Burke says all he can do is be extra careful.

“Normally what I’m doing is waiting for the light to turn green and then I’m counting to three. And then I’m going,” he said.