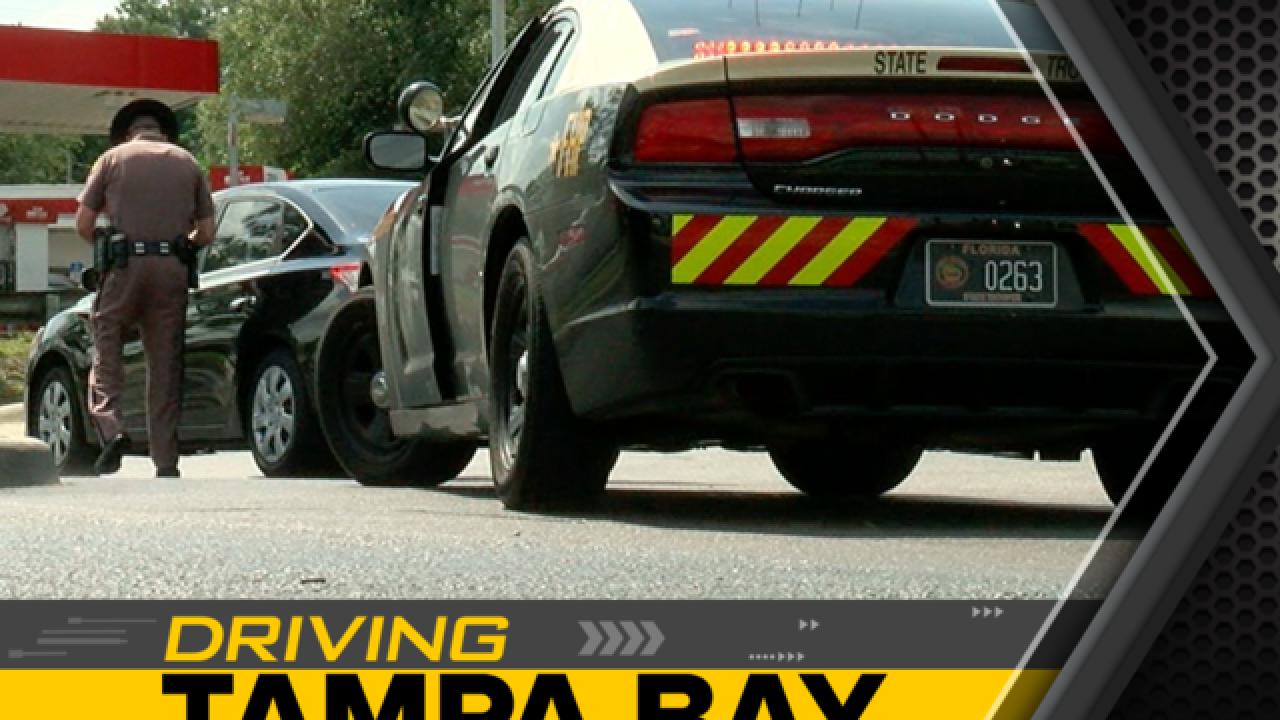 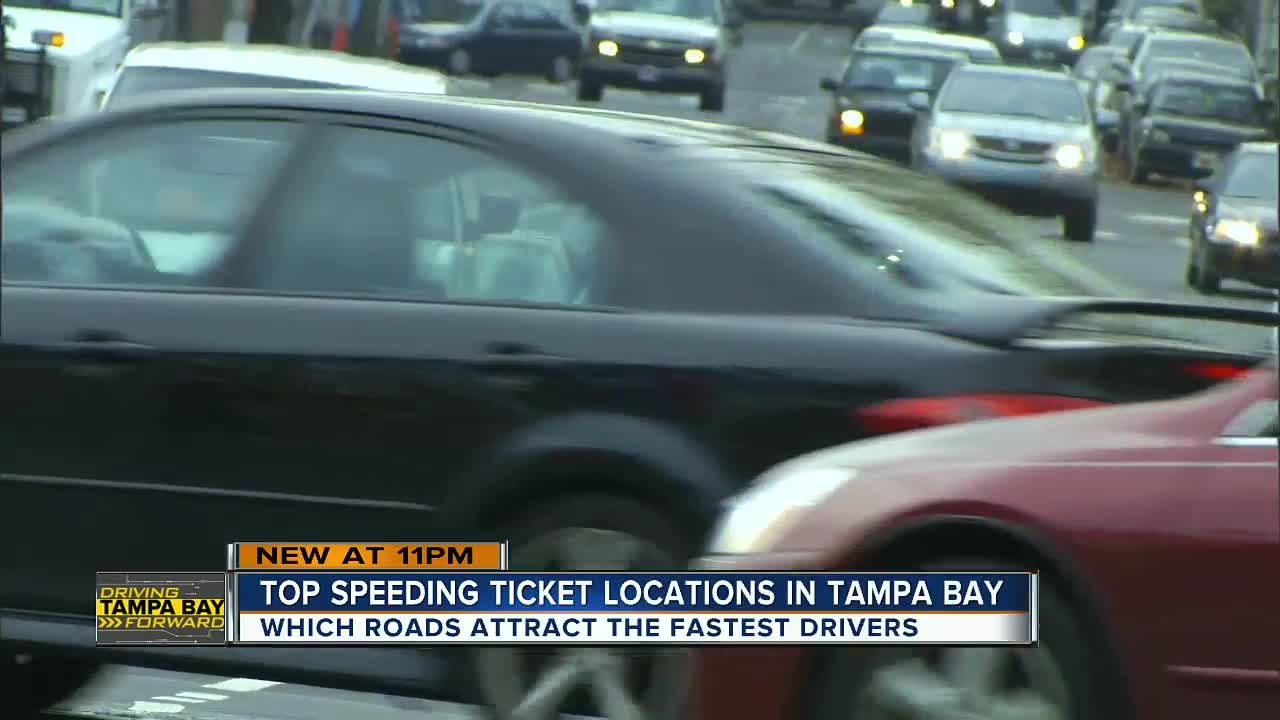 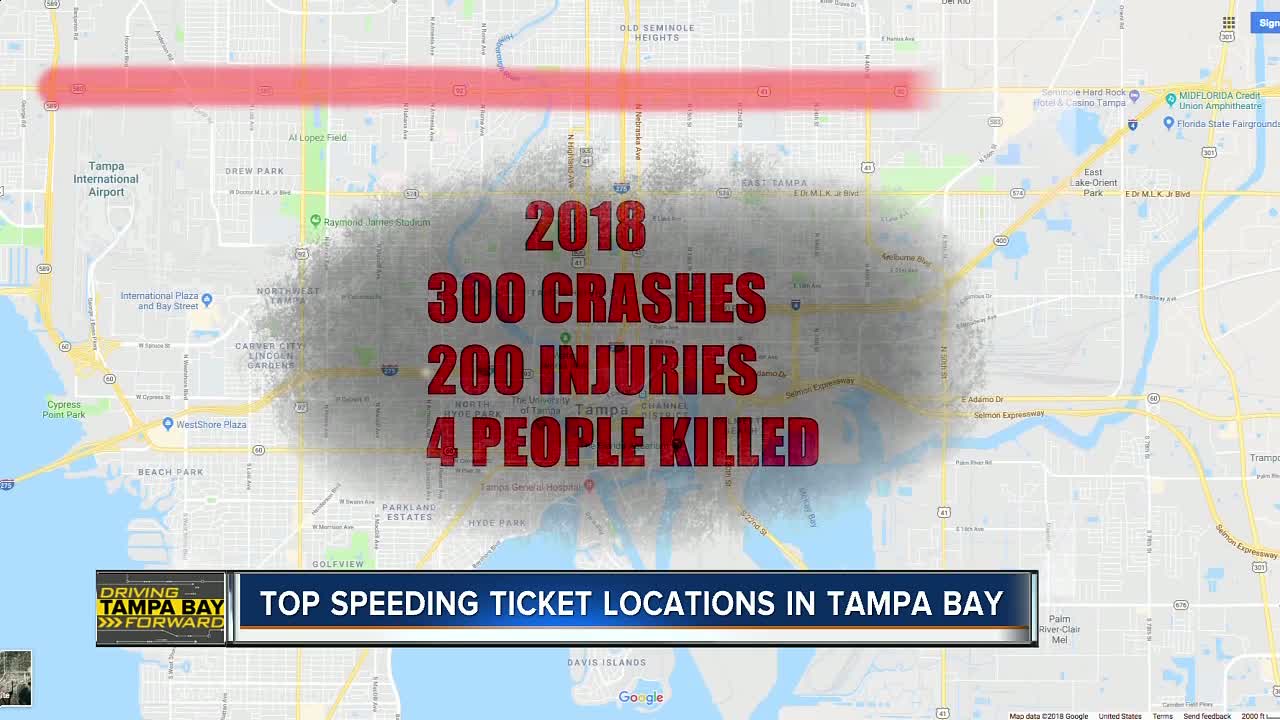 TAMPA BAY, Fla. — Tampa Bay is on the move and when the roads become race tracks, St. Petersburg Police Officer Maurey Steffek takes off on his motorcycle.

"When I work Gandy, it’s counter-intuitive to do 50. A lot of people think it’s part of the interchange system," says Steffek.

ABC Action News analyzed speeding ticket data from January to May to see where law enforcement is pulling over the most drivers.

The records show Gandy Boulevard where Officer Steffek works, is the fourth most ticketed road in the Tampa Bay metro area.  More than 333 citations have been issued so far in 2018.

Hillsborough Avenue in Tampa comes in at number two with 466 citations issued since January.

“This is the kind of behavior that leads to crashes and leads to injuries,” said Sgt. Steve Gaskins with the Florida Highway Patrol.

Speed does kill
On Hillsborough Ave, during the same period we looked at tickets, there were also 300 crashes, 200 injuries and four people killed.

The number one spot for speeding tickets, so far, in 2018: Bayshore Boulevard.

430 have been issued from January to May.

But in the week after the crash involving street racers who hit and killed a mother and her two-year-old daughter , Tampa Police have handed out an additional 300 plus citations and warnings.

It’s not just busy roads where speed kills— rural roads that can be just as deadly.

We crunched the crash numbers in Ruskin where cars often speed on residential streets with two-way stops.

We spoke to several drivers who were pulled over for speeding and they all said they were unaware they were going faster than the speed limit.

Traffic attorney Josh Burnett works the other side of the speeding ticket journey.

He promises to reduce the penalty for his clients. He says sometimes the radar clocks the wrong car.

"Mistakes do happen and that’s the reason people are entitled to a defense with respect to a speeding ticket. Just because you were issued a ticket, does not mean you are guilty."

The other speeding ticket hot spots we found in the Tampa Bay Metro Area since January: