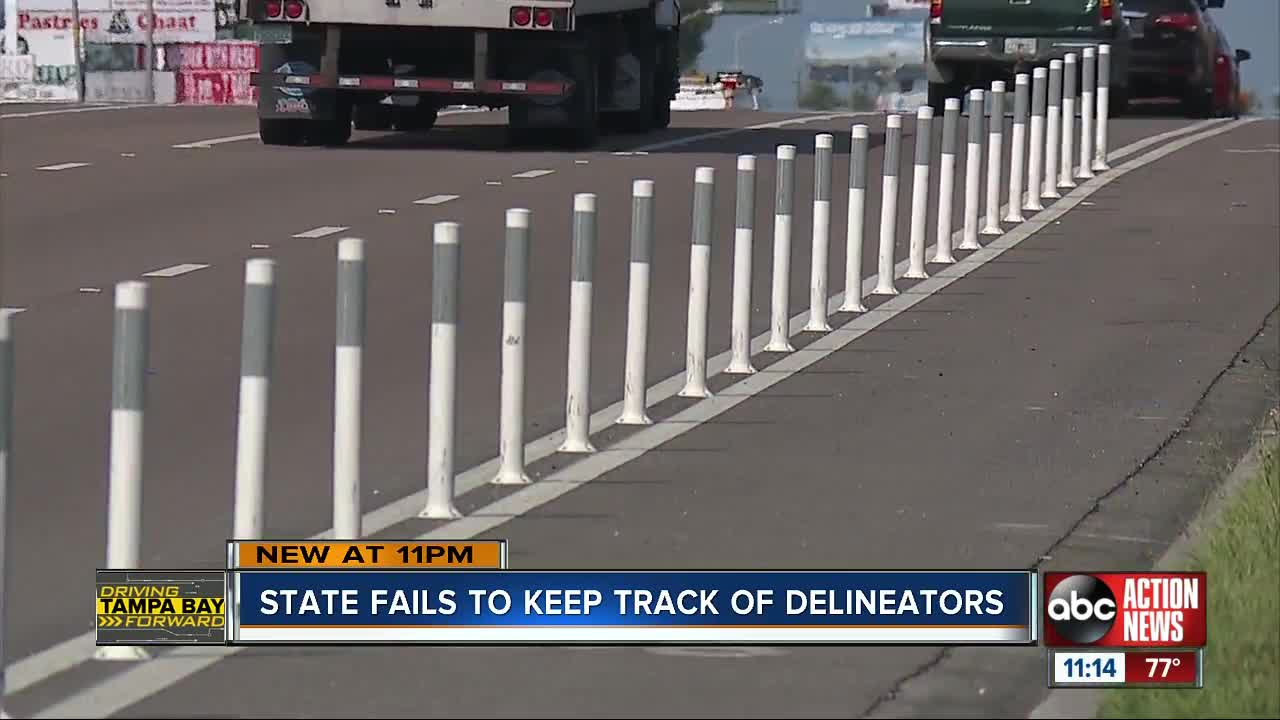 Florida transportation bosses say they have no idea how many delineators have gone missing from state roads – or the total cost to taxpayers to replace them, a Driving Tampa Bay Forward investigation found. 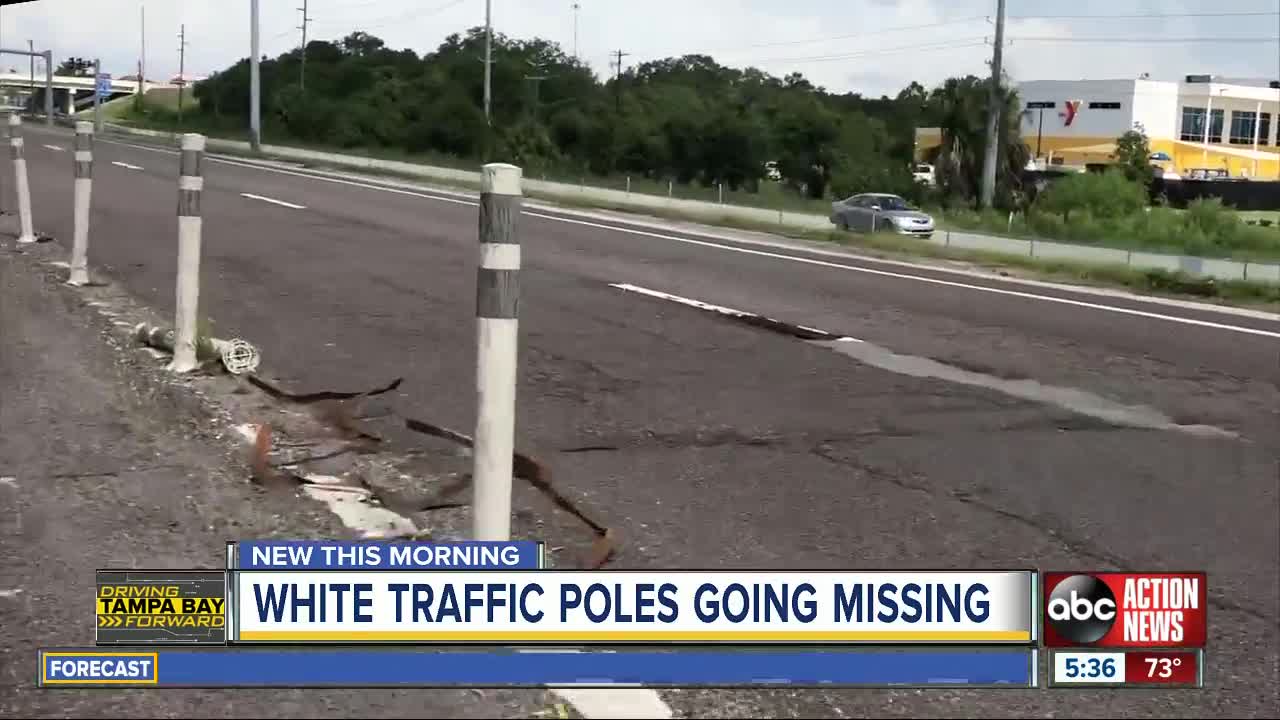 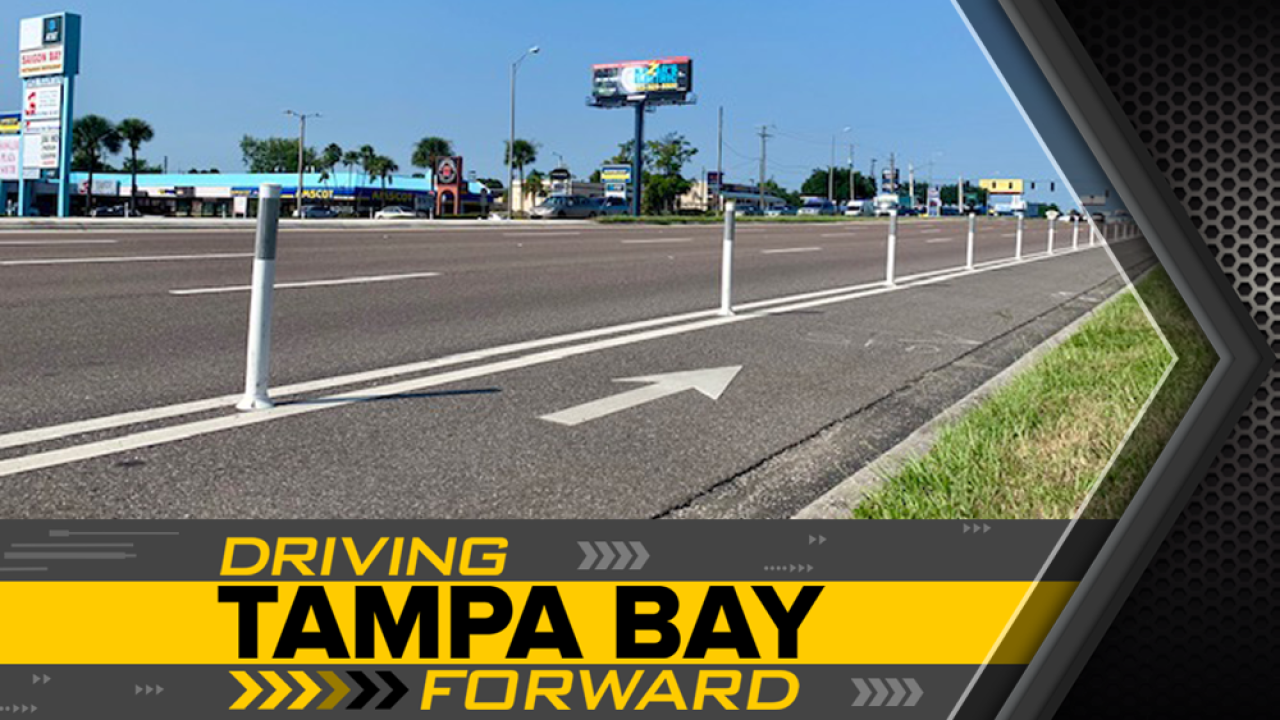 Florida transportation bosses say they have no idea how many delineators have gone missing from state roads – or the total cost to taxpayers to replace them, a Driving Tampa Bay Forward investigation found.

Delineators, the white poles on roadways used to keep dangerous lane changers in check on curvy roads and merging lanes, have been going missing, an ABC Action News review found.

ABC Action News Reporter Nicole Grigg asked officials at the Florida Department of Transportation why the state doesn’t track how many delineators are replaced.

“We do not track how often items are hit, damaged or replaced,” said Brian McKishnie, operation manager for FDOT District 7. “It takes our inspectors a long time to do that. We don’t do that.”

McKishnie said the state relies on maintenance contractors to take care of issues on state roads, including trash pickup, upkeep of guardrails and signs as well as delineator replacements – for one set price.

That contractor – DBi Services – has a seven-year, $25 million contract with FDOT.

When Reporter Nicole Grigg asked how taxpayers can be sure they are not overpaying for maintenance contracts when FDOT is not tracking the cost of replacement delineators, McKishnie said, “We are tracking them. We monitor the contractor’s performance. What we don’t do is monitor the individual day-to-day actions.”

FDOT also doesn’t track how many delineators are currently installed on state roads and the location of each delineator.

“Unfortunately, part of their job is to be hit,” said McKishnie about delineators.

ABC Action News has reported in the past how the poles on Big Bend Road in Riverview are repeatedly hit.

“I saw them up and a day later – or two days later – I saw two of them on the floor,” said Troche.

Despite the poles going missing, Toche said he likes delineators “because people got to wait in line, they won’t cut you off.”

Videos sent to ABC Action News even show some drivers pulling around the poles completely.

Others drivers know the poles aren’t a durable tool.

“Most people don’t care,” said Gilmore. “They’re plastic. They’re not going to do any damage to your vehicle.”

McKishnie said FDOT is looking at options that would allow the state to use a concrete separator but added, “until we do that, the delineators are our best option at trying to keep that roadway as safe as possible.”