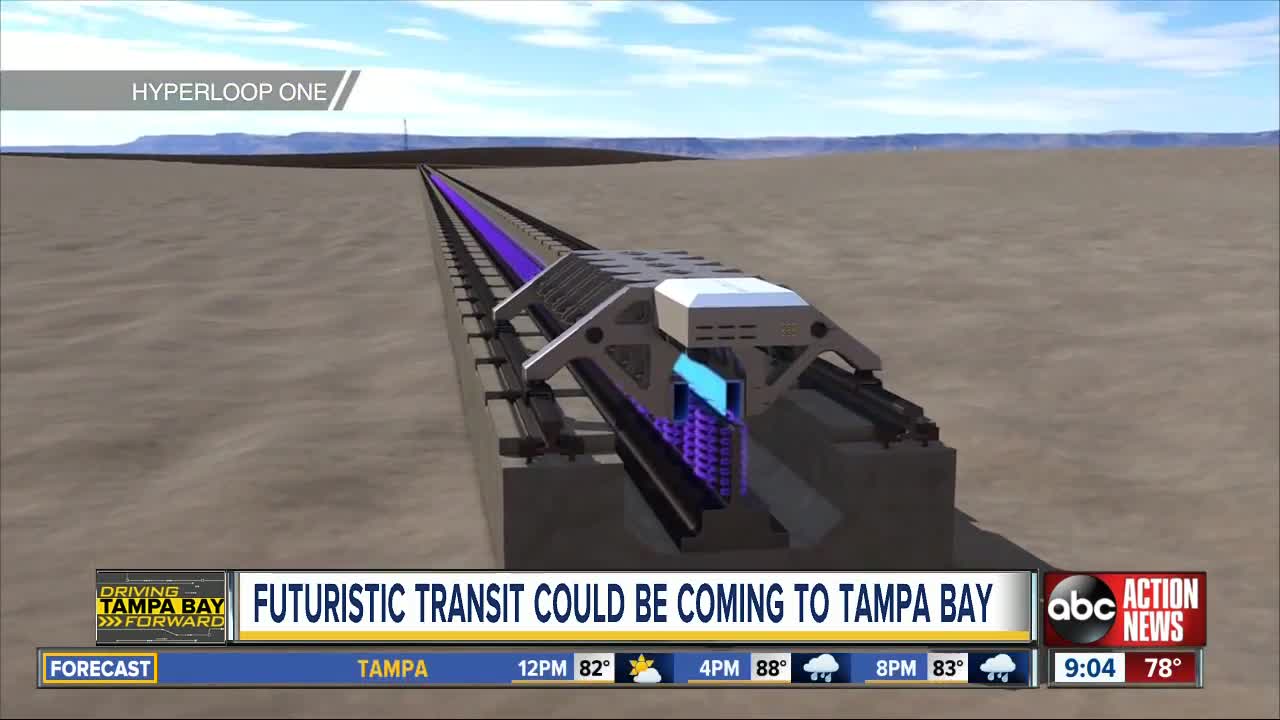 Hyperloop, air taxis and aerial gondolas in an urban setting are three forms of innovative transportation that have the potential to change the way people move between and within cities, according to TBARTA.

• Hyperloop is an experimental form of transportation involving a floating pod that travels inside a low-pressure tube. Because almost all the air is removed from the tube, friction is greatly reduced, and in theory, the pods can reach speeds over 700 miles per hour.

• Air taxis are an on-demand, point-to-point travel system between small regional and general aviation airports. The concept was initially tested by NASA in 2001 as part of the Small Aircraft Transportation Systems (SATS) Initiative. In the last several years, multiple start-up companies including Uber have been working on the development of electric vertical take-off and landing (eVTOL) aircraft.