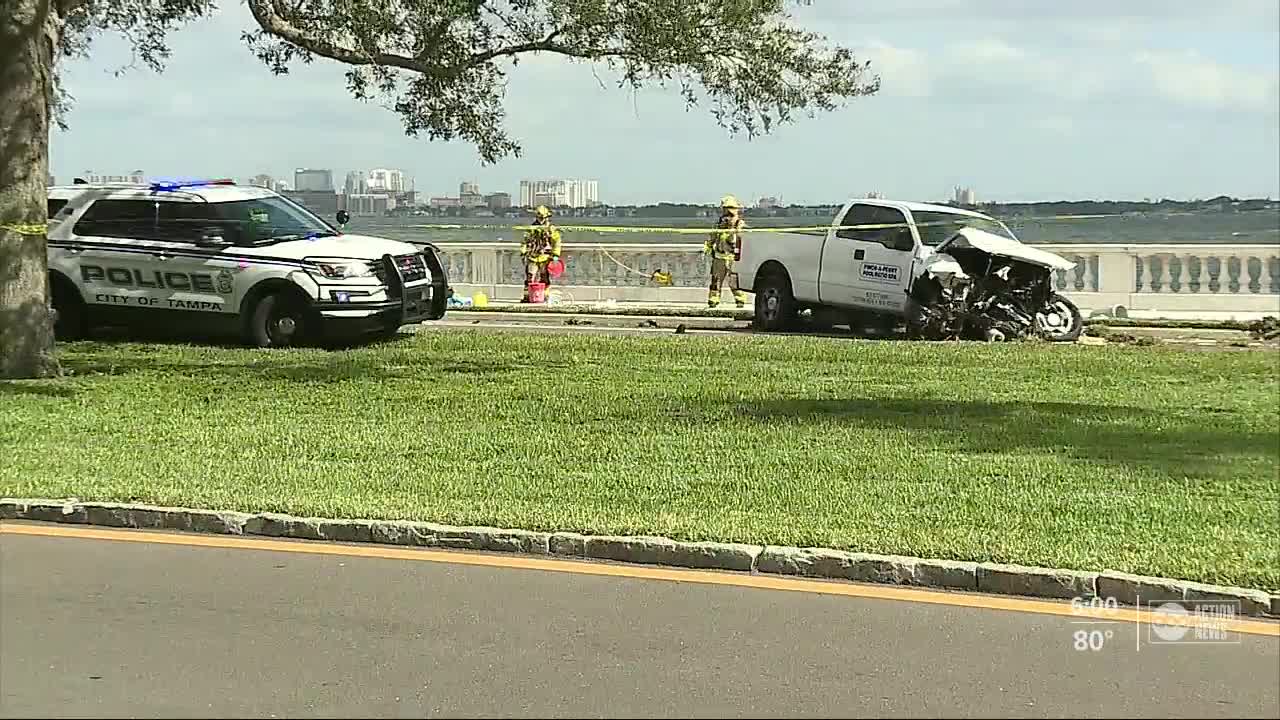 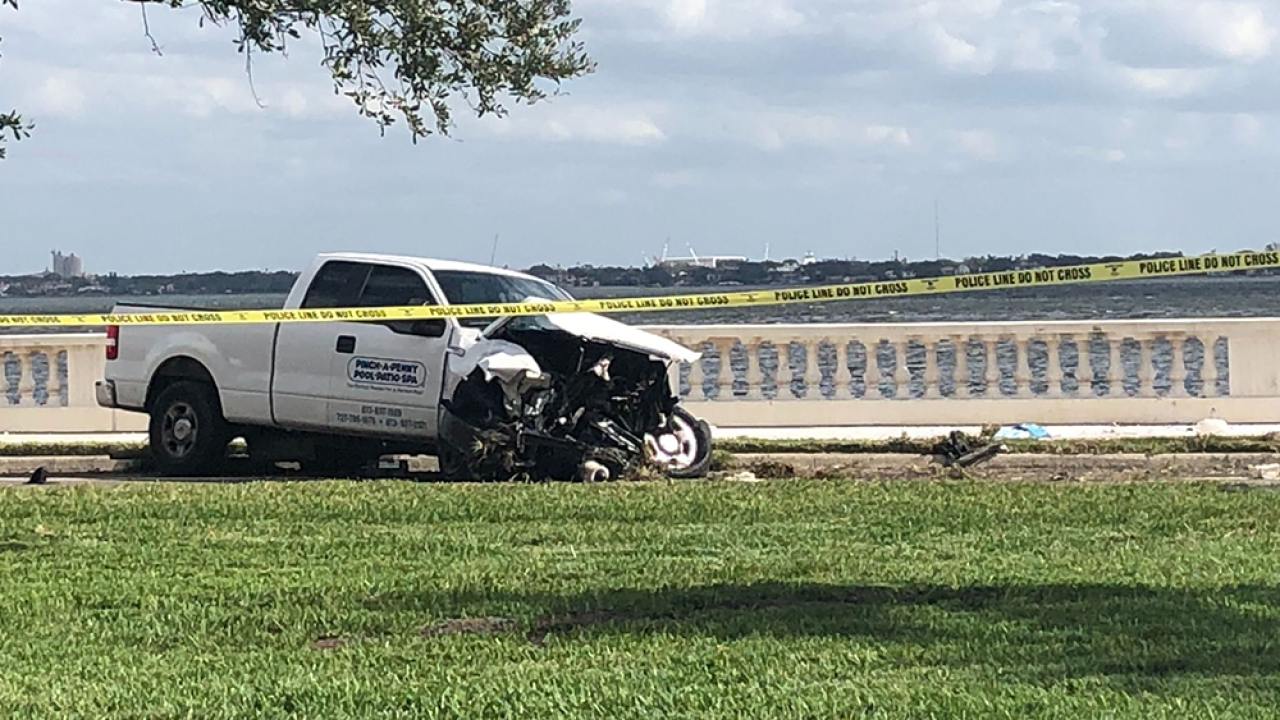 TAMPA, Fla. -- Another devastating scene on Bayshore Boulevard has neighbors worried about their safety.

"They were looking out onto the water and the truck just went out of control and ran over them,” said a caller frantic as they spoke to 911 dispatch.

The Tampa Police Department released several 911 calls where you can hear people desperate for help and stunned at what they just witnessed.

“Very disheartening,” said Michelle Gilbey, who knew the man that was thrown into the bay.

Police say it was 31-year-old Benjamin Ehas who hit the victim while behind the wheel of his work truck, drunk, and speeding.

“Him and his wife are enjoying life traveling and I am taking an innocent stroll on our beautiful Bayshore and so my heart just goes out,” said Gilbey.

Folks have demanded safety changes for years - a big push came after a mother and her child were hit and killed by teens police say were drag racing.

Some people say they’d like to see speed humps installed but the city says that is just not something they really do anymore.

“On a road like Bayshore, which in certain circumstances does have to be an evacuation route and it’s certainly a daily commute route, speed humps are just not the right application,” said Jean Duncan, the Director of Transportation for the City of Tampa.

Other suggestions include a barrier between pedestrians and traffic or to take away a lane in bother directions.

“If we strain Bayshore Boulevard too much, that’s going to put that traffic onto the side streets along Bayshore and onto MacDill Avenue,” Duncan said. “We have to sensitively balance that traffic capacity that we need with the speed that we want that traffic to go.”

Some people have asked for elevated crosswalks but Duncan says they are rarely used and can be challenging for folks with disabilities and bikers. Plus, they are expensive.

The city has dropped the speed limit from 40 to 35 and added in three extra crosswalks with flashing signs. Those changes came after a mother and her young daughter were hit and killed by teens who police say were racing.

They could reduce the speed limit but they need to find ways to physically force people to feel like they should only be going 30 mph which is something they will look at.

Next Monday, January 17, they will narrow lanes and put in striped buffered bike lanes. They have also talked about putting a traffic like at West Euclid Ave. but that is not funded or schedules yet.

Another idea they have thrown around is to close Bayshore Blvd. on the weekends to promote a pedestrian-friendly atmosphere.

“We are listening for sure and we care,” Duncan said. The city will add even more flashing crosswalks at busy intersections but that work won’t start until after Gasparilla.