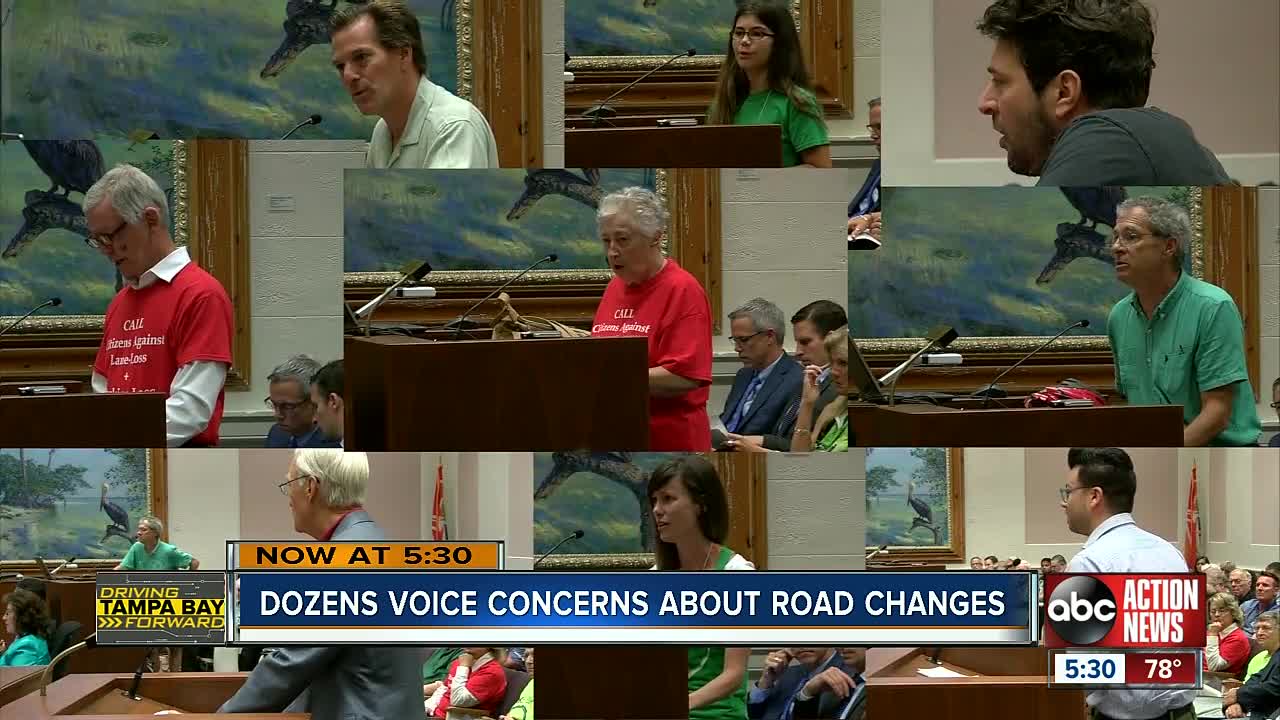 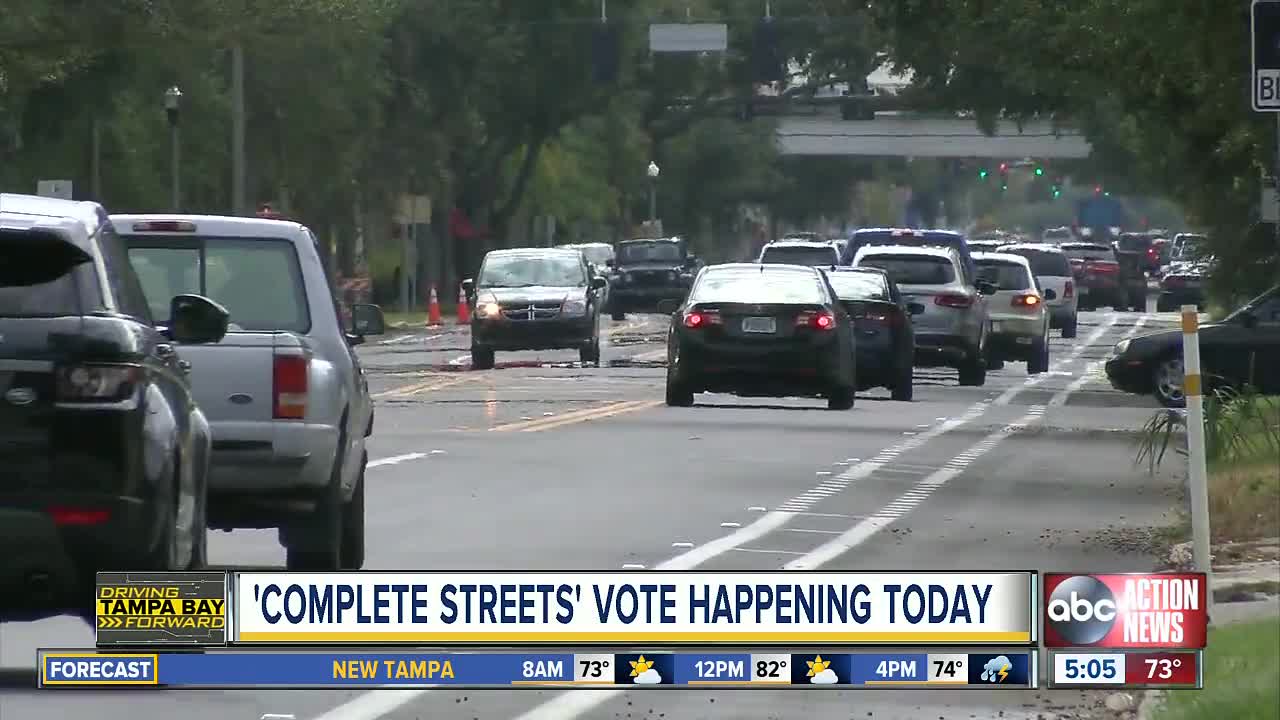 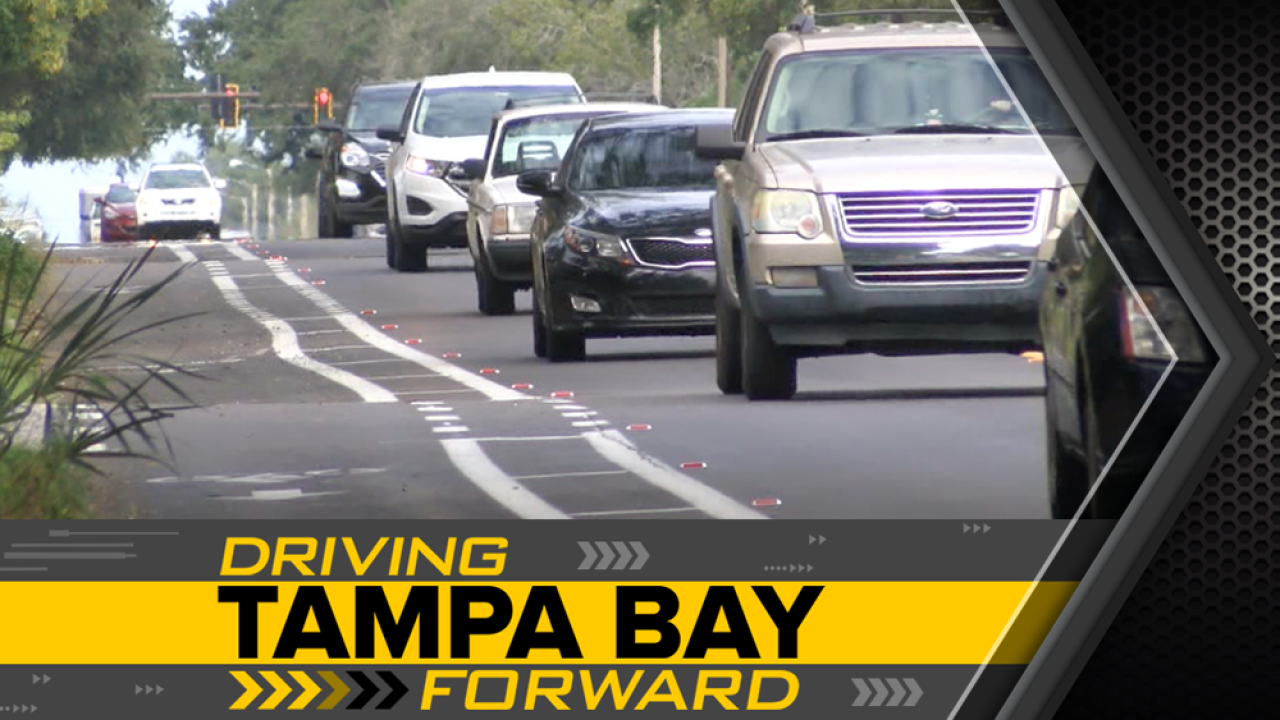 More than 30 people spoke at the meeting, many in favor and some opposed to the series of future projects.

Bonnie Hargrett spoke in opposition to the plan. “We have more people moving into and visiting our beautiful city and we stop then at every turn due to increased congestion. This is hardly progress,” she explained. “You don’t take things away from people and make them happy. You anger them when you squeeze more people into traffic lanes.”

Derek Lewis agrees. “It's going to infuriate every driver, every day by deliberately causing traffic jams.” The two are part of a group of St. Pete residents that call themselves Citizens Against Lane Loss.

Yet, Howard Goldrich diagrees. He explained to city council that he was hit on his bicycle two years ago. "The city is trying to make this place safer. I cannot believe I even survived, the doctors said I barely made it. I'd appreciate any action to increase safety.”

Council members also heard from a 12-year-old in support of Complete Streets. Charlie Calkins, who is in the 6th grade, says she wants to feel safe riding her bike to school. “I watched cross traffic almost hit my sister. That's why I support complete streets,” she said with confidence.

The goal of Complete Streets is to help protect bicyclists and pedestrians while also slowing cars down, according to bike safety advocates.

One of the first projects the city of St. Pete tackled, which also took advantage of scheduled routine resurfacing maintenance work, was a redesign on Dr. M.L. King, Jr. Street.

City leaders say it's helped to promote safe, continuous traffic and pedestrian flow while supporting business needs along the corridor.

The plan includes several dozen projects over the next 20 years that will increase safety for all road users.

However, some residents worry about the impact the projects will have on slowing down traffic and swapping out parking for wider bike lanes in the growing city. In addition, some business owners are worried about these changes hurting their ability to attract customers.

However, the advocacy group Bike Walk Tampa Bay says bicyclists, on average, have been shown to shop more often and spend more money. Since pedestrians make more frequent trips and stay closer to home, it means businesses establish regular clienteles. Those traveling slower through business districts, even by car due to lowered speed limits, are able to more easily notice the businesses they are passing and, therefore, are also more likely to make a stop.

St. Pete city leaders have been working on the Complete Street plans since 2015.