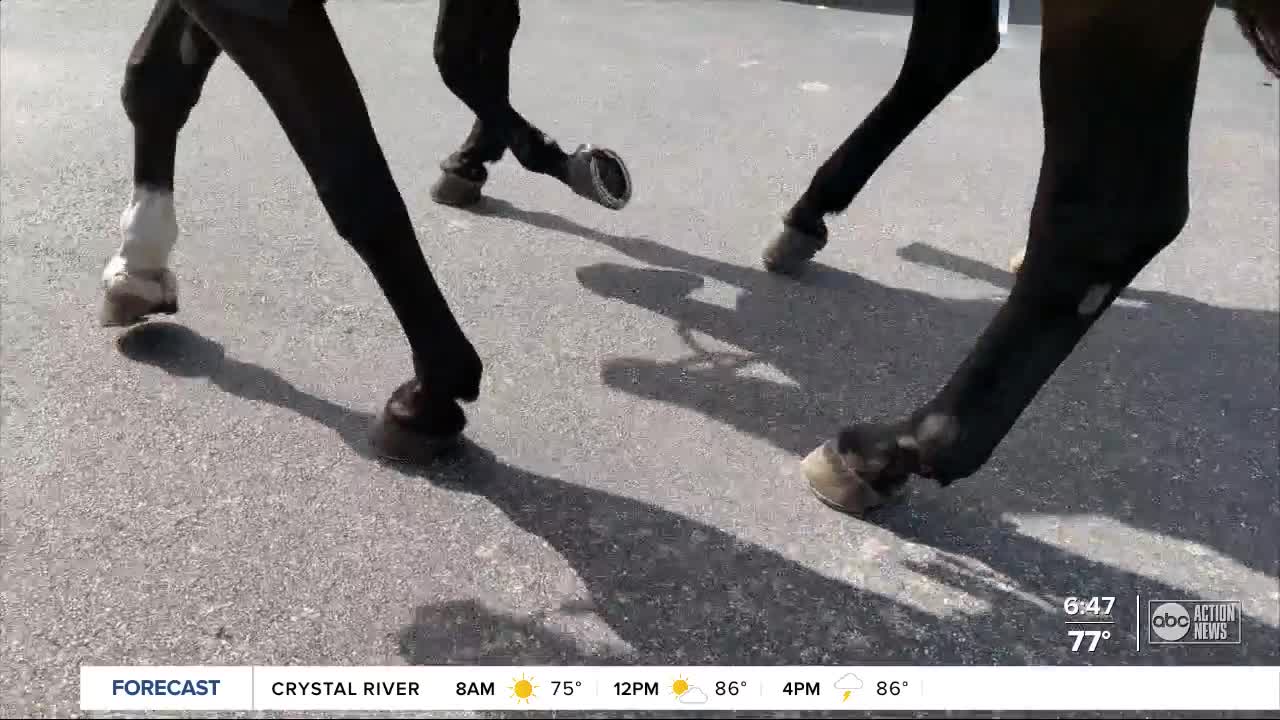 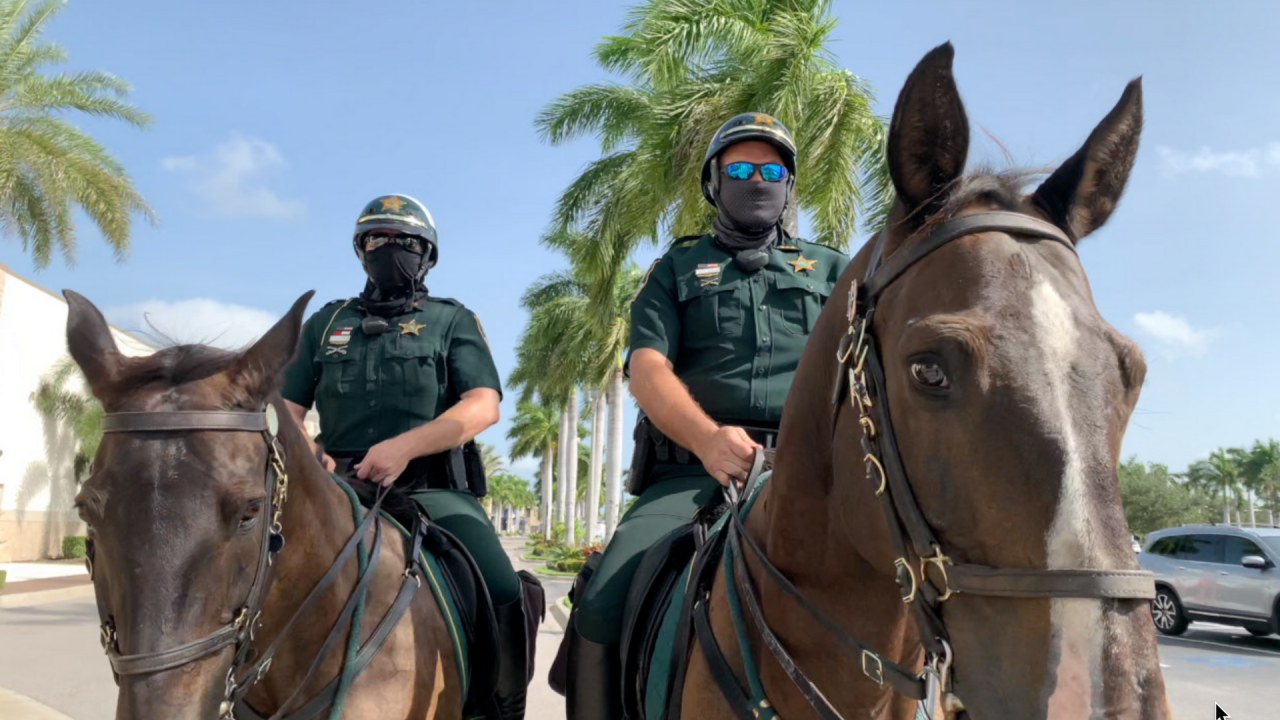 SARASOTA COUNTY, Fla. — We're all used to seeing deputies in cruisers with flashing lights and sirens pull over speeding drivers. But in Sarasota County, you could be pulled over by deputies on horseback.

Deputy Benjamin Kern is one of two full-time deputies on the Sarasota County Sheriff's Office Mounted Patrol Unit. He joined years ago without any experience riding.

"Our training program here is far and above one of the best that can be offered," he said.

There are eight horses in the unit right now, with plans to add two more. The horses require a lot of work, so the day starts bright and early for Deputy Kern and Deputy Jackson. They feed the animals, get their equipment ready, and hit the streets.

"We do a little bit of everything — any calls in the area we'll take. We're here to supplement patrol," Kern said.

ABC Action News tagged along with them to see how traffic enforcement works on horseback. The deputies use handheld radars they carry in their saddlebag to clock drivers.

"We normally don't work areas that are over 35 miles per hour for safety reasons for the horses and things like that," he said.

The deputies stake out a position, so traffic is coming at them. When they find someone speeding or violating the law, they safely step out into traffic with enough space between the horses and the driver, but they do have a contingency plan if things don't go as expected.

"If the vehicle doesn't want to stop, if they don't see us, if there's any other reason besides that, we have a way to get out," said Kern. "We get on the radio, we give the tag out, and there are units in the area that know mounted might need help with a vehicle taking off."

ABC Action News was there when Deputy Kern and Deputy Jackson "pulled over" a driver going 51 mph in a 30 mph zone on North Cattleman Road.

Deputy Jackson used a computer, also stored in his saddlebag, to look up her information. He even has a printer but didn't use it this time.

"We felt it was in everybody's best interest to issue the verbal warning and send her on the way," said Deputy Jackson.

You may also see the deputies on the beach during spring break, helping control crowds at big events or riding around in the parking lots of shopping centers, especially during the holiday season, looking for vehicle burglaries or lost shoppers.

"Being ten feet up in the air, we can see if somebody needs help, if somebody is in distress or if somebody can't find their car," said Kern.

The horses attract a lot of attention, but the deputies welcome the curiosity.

"They come out, they see that we're just normal people as well, doing a job on a horse instead of a patrol car," said Kern.

If you would like the Mounted Patrol Unit to have a presence in your neighborhood, call the Sarasota County Sheriff's Office.