Report: Florida is one of five states accounting for nearly half of pedestrian deaths across country 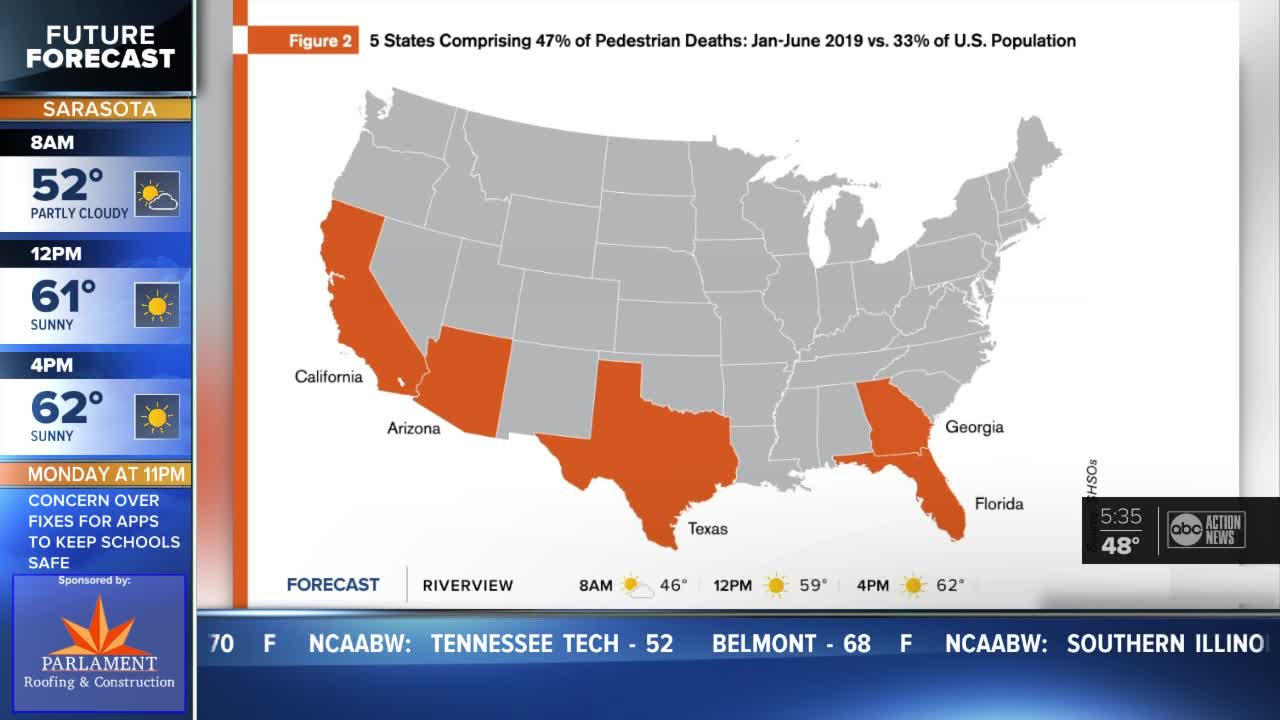 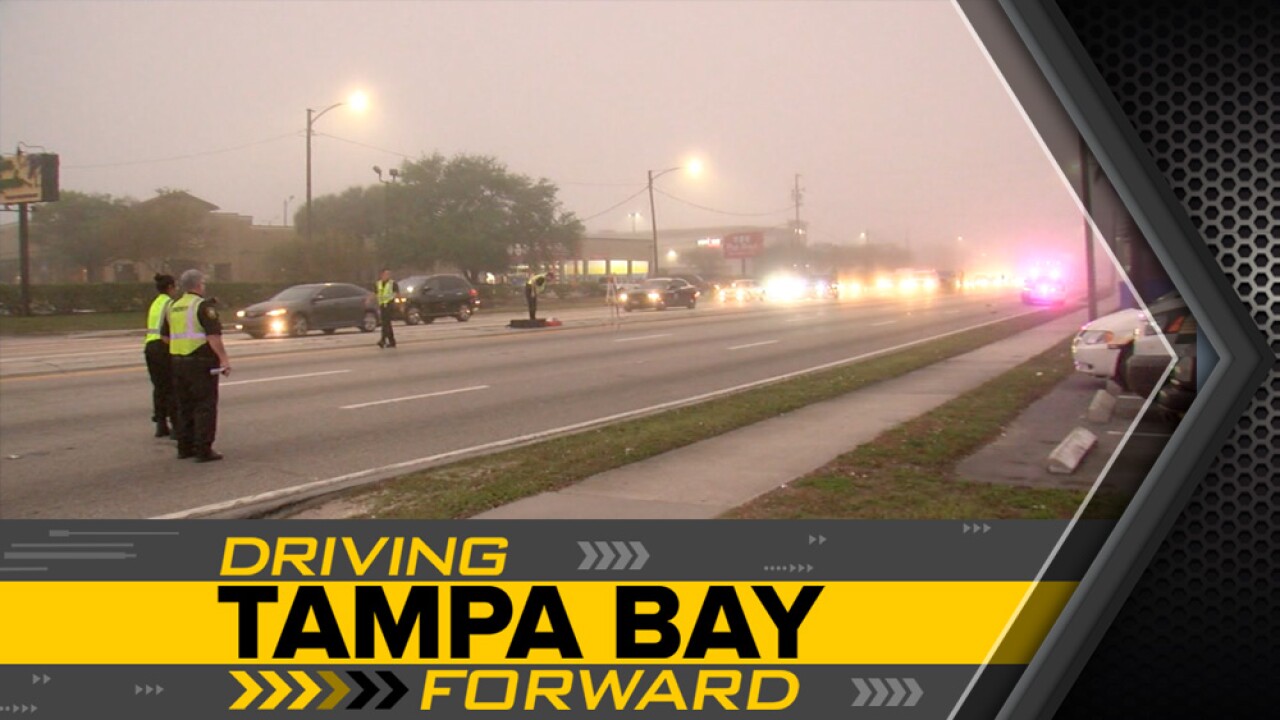 TAMPA, Fla. – A new report from the Governors Highway Safety Association predicts that 6,590 pedestrian deaths happened in 2019, the highest number in more than 30 years.

Five states, including Arizona, California, Florida, Georgia and Texas, accounted for 47 percent of all pedestrian deaths, according to GHSA.

In Florida, 368 people died in a pedestrian crash from January to June of 2019, according to the report. That's an increase of nine deaths from 2018.

GHSA’s annual “Spotlight on Highway Safety” offers a first look at state and national trends in 2019 pedestrian traffic deaths, based on preliminary data provided by State Highway Safety Offices in all 50 states and the District of Columbia.

GHSA asked states to report pedestrian fatalities for the first six months of 2019. After adjusting the raw data based on historical trends, GHSA projects a 5 percent increase in the number of pedestrians killed during the full 2019 calendar year.

In 2018, 6,227 people on foot lost their lives in motor vehicle crashes across the United States.

However, researchers with GHSA say a number of trends offer insight into the many causes behind the rise in pedestrian fatalities.

Most pedestrian fatalities take place on local roads, at night and away from intersections, suggesting the need for safer road crossings and increased efforts to make pedestrians and vehicles more visible.

Many unsafe driving behaviors – such as speeding, distracted and drowsy driving – pose risks to pedestrians, and alcohol impairment by the driver and/or pedestrian was reported in nearly half of traffic crashes that resulted in pedestrian fatalities in 2018.

Pedestrians struck by a large SUV are twice as likely to die as those struck by a car. Although passenger cars are the largest category of vehicles in fatal pedestrian crashes, the number of pedestrian fatalities over the past decade involving SUVs increased at a faster rate – 81% – than passenger cars, which increased by 53%.

“Each year, thousands of additional people are dying in pedestrian crashes compared to a decade ago” said report author Richard Retting. “Following 30 years of declining pedestrian fatalities, there has been a complete reversal of progress. Pedestrians are at an inherent disadvantage in collisions, and we must continue to take a broad approach to pedestrian safety.”