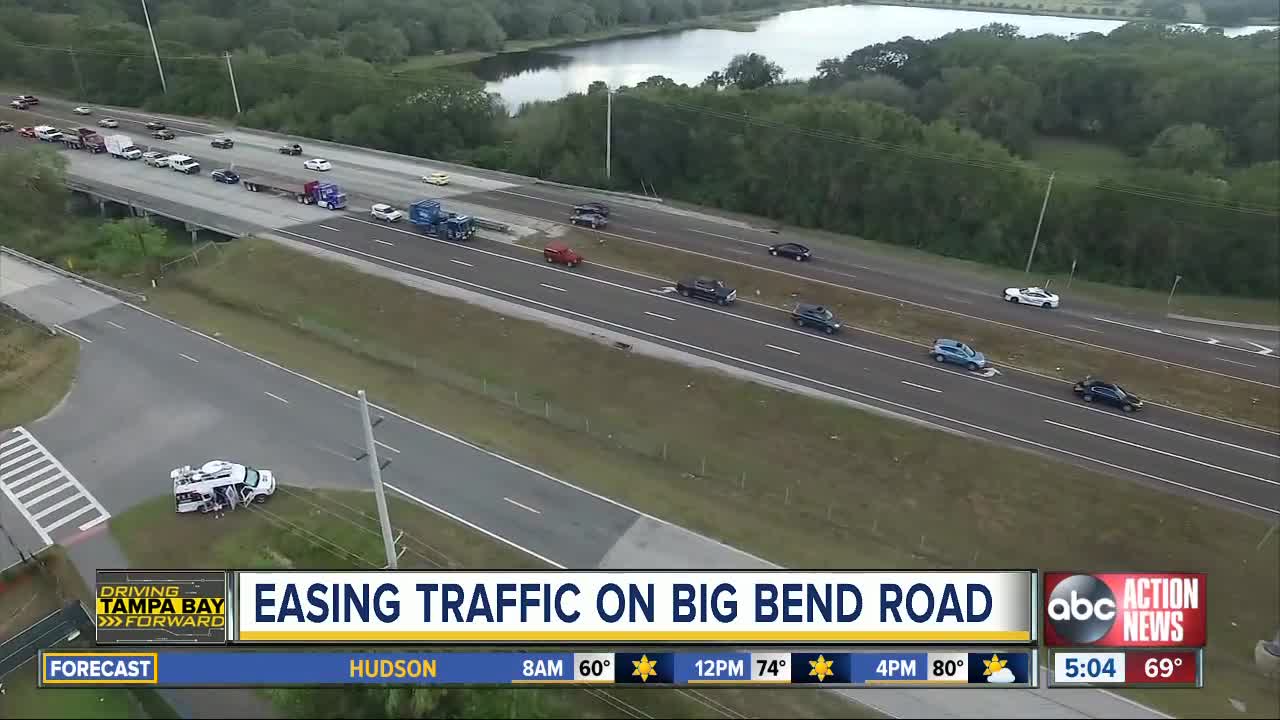 Hillsborough County transportation leaders will hold a public hearing on Tuesday on how to fix one of the county's most problem roads. 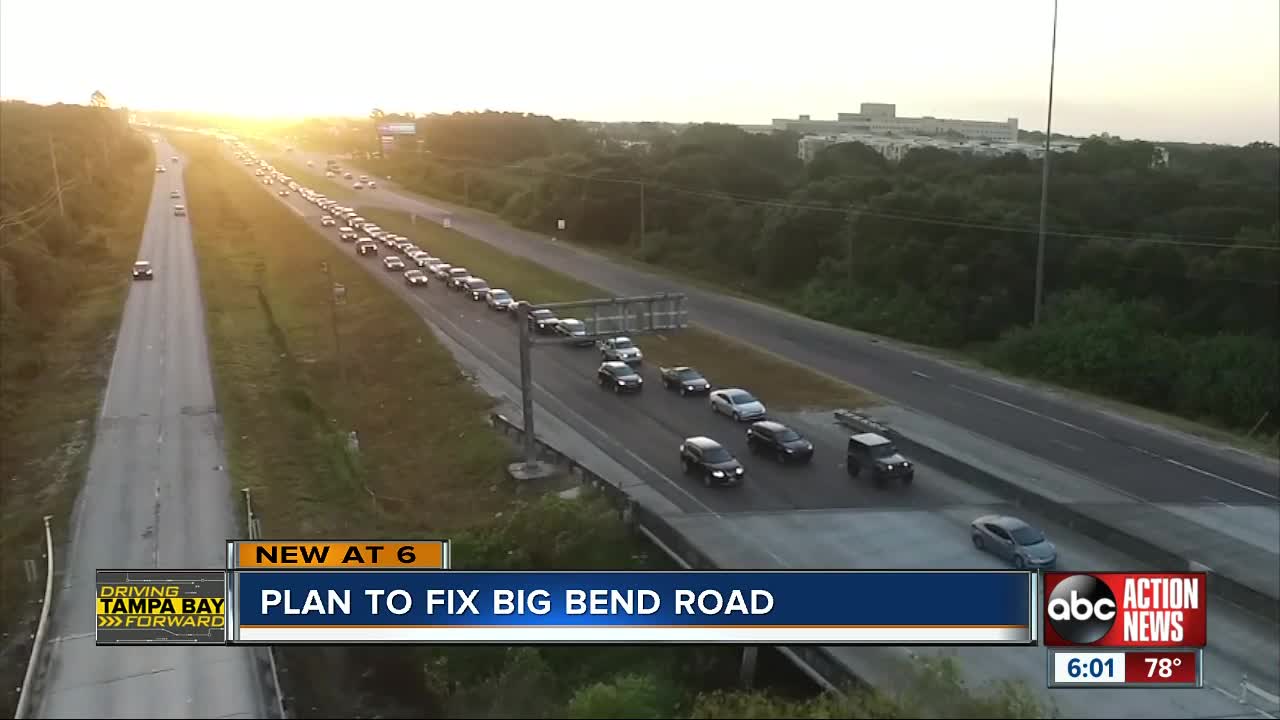 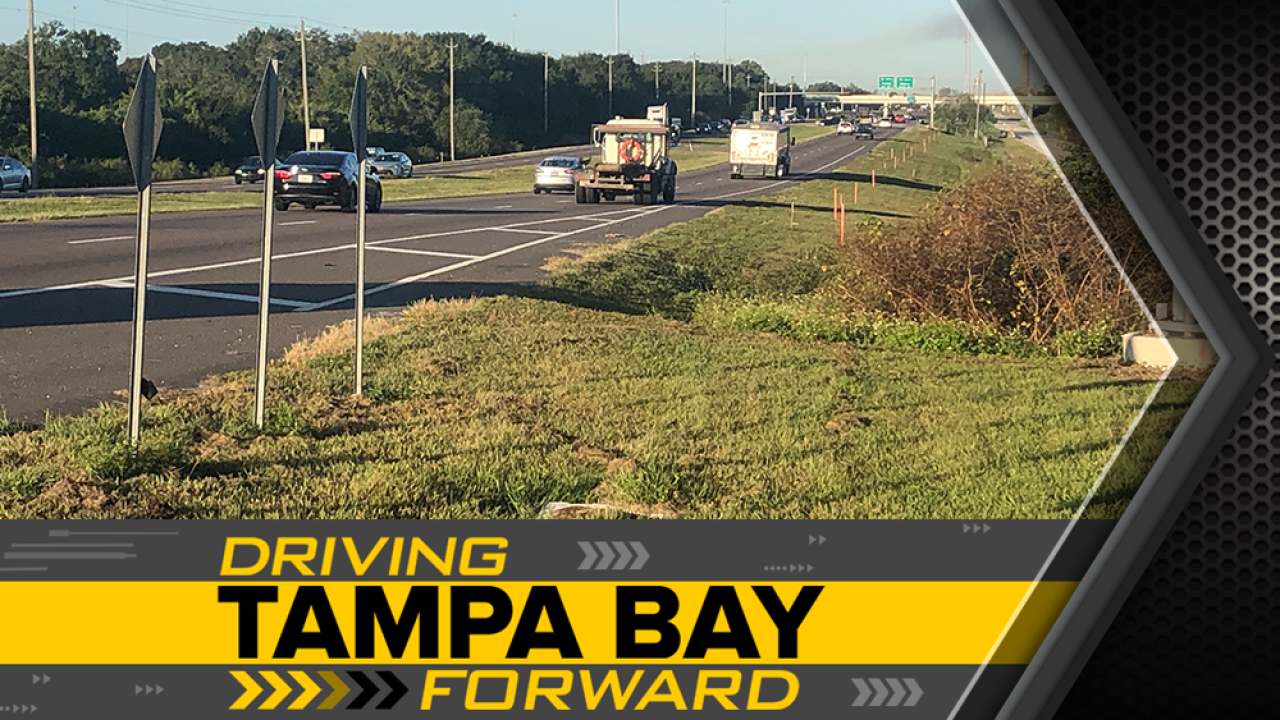 Hillsborough County transportation leaders will hold a public hearing on Tuesday on how to fix one of the county's most problem roads.

Our Driving Tampa Bay Forward tip line is flooded with requests on Big Bend Road in Riverview especially with the interchange that requires drivers to make a left-hand turn to go north on Interstate 75.

The county is looking into updates from west of Covington Garden Drive to east of Simmons Loop, including the reconfiguration of the I-75 ramps at the interchange.

On Tuesday, the county is holding a public hearing with a review of their draft study.

ABC Action News has learned there are no renderings of the proposed plans as the county is going with a Design-Build, meaning they design as they build to save time.

The county has two alternatives: the no-build option, and the build option. The build option would take Big Bend Road from a four-lane divided road, to a six-lane.

The project was initially to be done in a 10-year projection timeline, but now it has been refined into a six-year project with the start date moving up several years ahead of time. Click here to view the projections and timeline.

The peak time for congestion around Big Bend has been calculated to the time-frame of 7:40 a.m., according to the county.

The good news for this project is that it is completely funded with help from FDOT.

Some of the main changes to come will be widening Big Bend Road from a four-lane divided road to six lanes. This will include enhanced pedestrian, bicycle and bus facilities.

As for the interchange, this is part of the design-build.

Hillsborough county officials have released their draft study documents and they available until November 22nd at the county building, or the Riverview Branch Library.

The public has a chance to speak up on Tuesday: