Are the sidewalks, trails, and roadways you rely on safe enough for walking and biking? What kind of safety issues have you noticed? Pinellas County wants your help answering these questions to make walking and biking conditions safer.

PINELLAS COUNTY, Fla. — Are the sidewalks, trails and roadways you rely on safe enough for walking and biking? Are there places you would like to walk or bike to in the future? What kind of safety issues have you noticed as you've walked and biked around Pinellas County?

These are all questions Forward Pinellas wants you to answer as they plan to make conditions safer for walkers and bikers. The county just launched a new, interactive map to get your feedback.

Pinellas County continues to be one of the most dangerous places in the nation to walk and bike, but transportation advocacy groups want to change that. 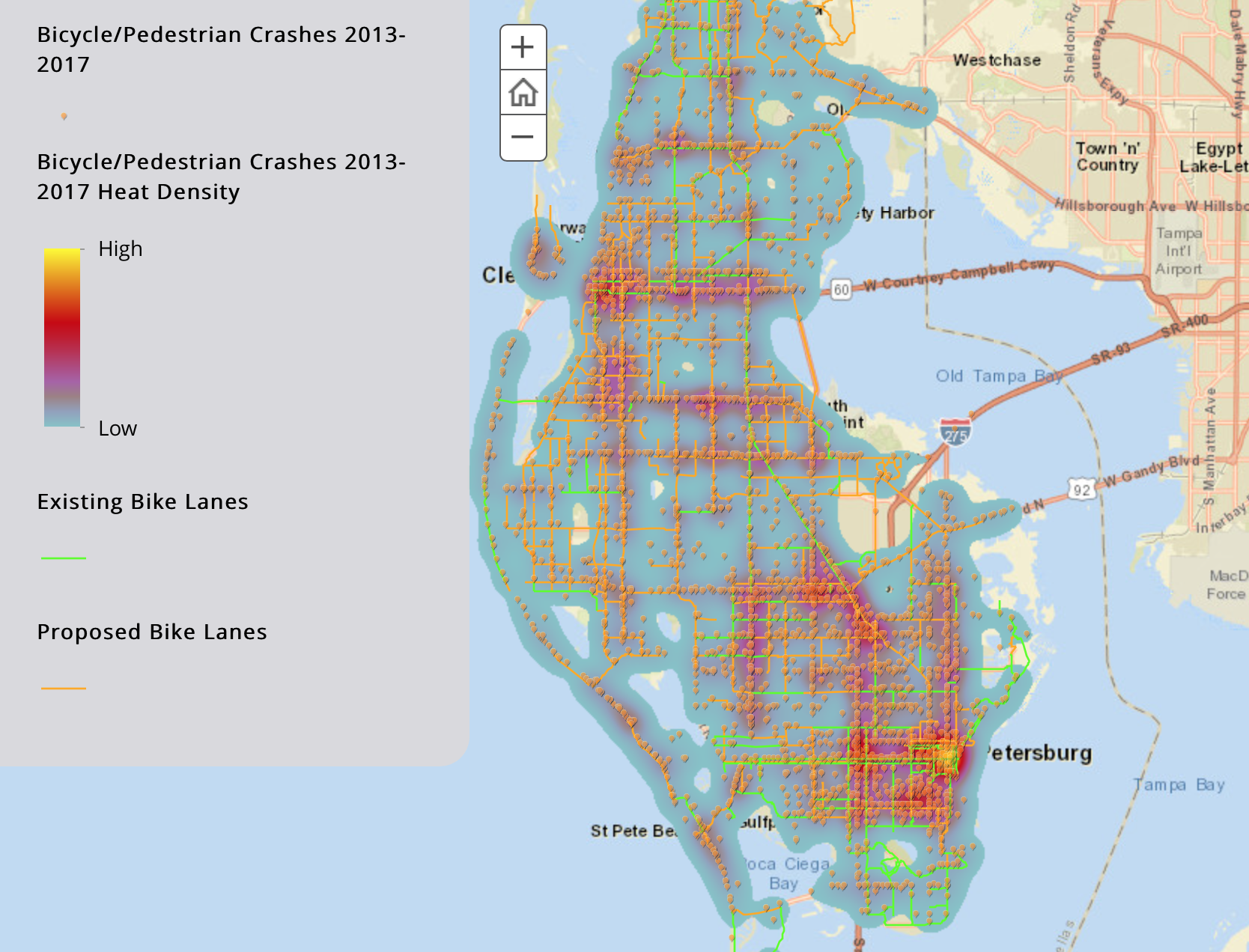 They're already thinking ahead to the year 2045 and working on a master bicycle and walking plan.

A new mapping tool will now allow you to communicate your issues to county leaders. You can find it by clicking here.

Pinellas County is hoping to identify current conditions, gaps, and opportunities for increased transportation options throughout the county.

Over the past five years, 3,050 walkers have been hit in Pinellas County, according to Forward Pinellas. 900 pedestrians died in the Tampa-St. Petersburg-Clearwater area between 2008 and 2017, making Tampa Bay the ninth-most dangerous region to walk in the entire United States, according to Dangerous By Design, a report by the advocacy group Smart Growth America.

Some improvements are already in the works. Tampa has added bike lanes and markings to 98 miles of its roads and it plans 20 more miles of bike projects later this year. St. Petersburg plans to add 60 miles of bike lanes, trails etc. and about 92 pedestrian crossings to city streets in the next five years.