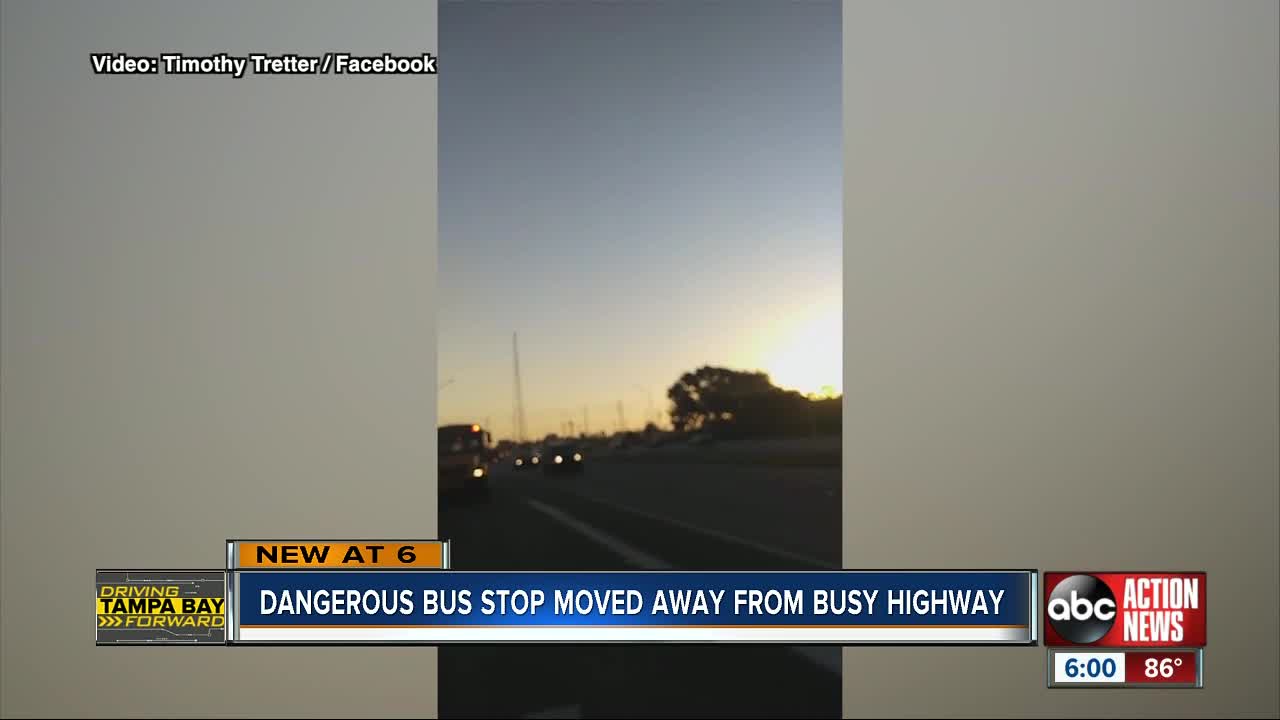 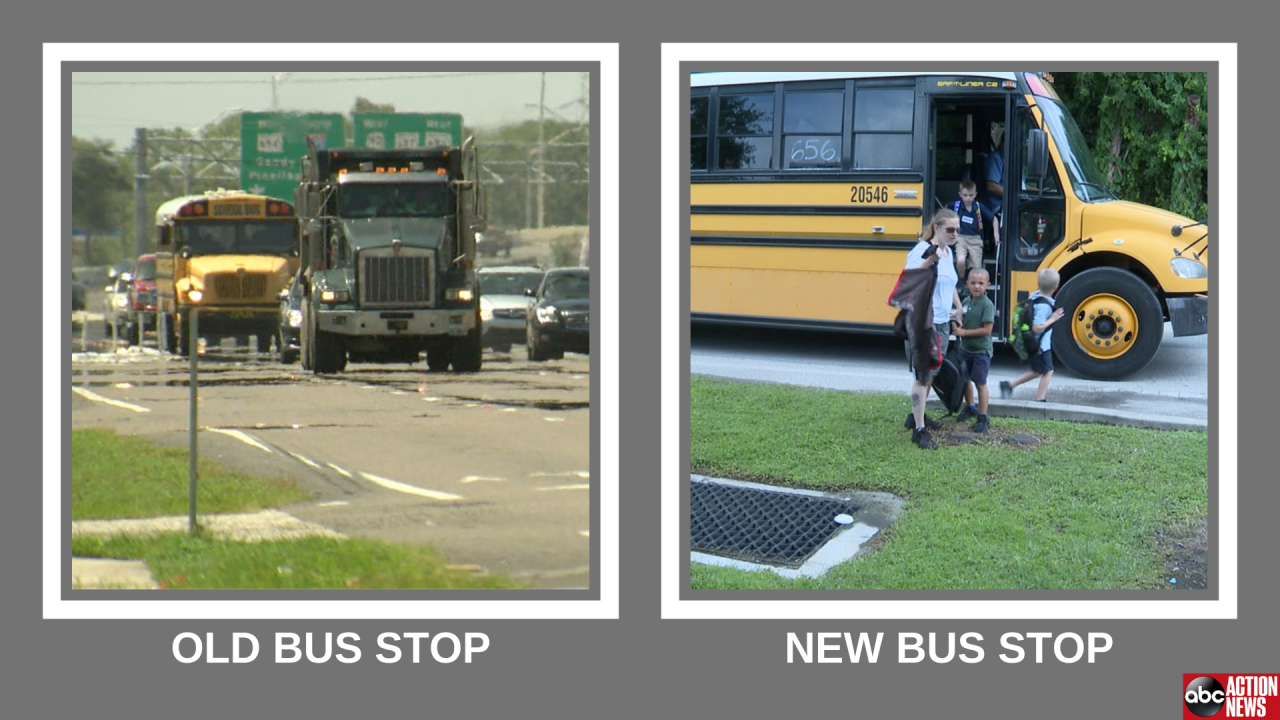 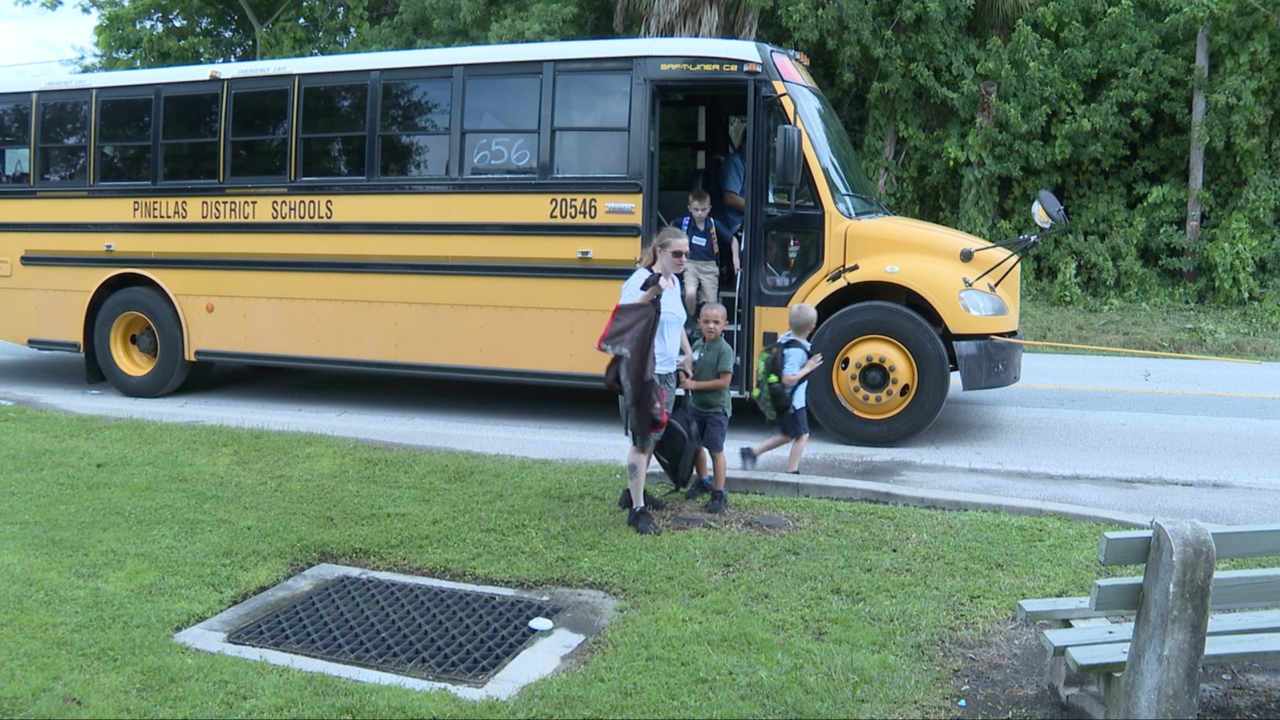 ST. PETERSBURG, Fla. -- Parents in Pinellas County called out a dangerous bus stop and their persistence paid off just in time for the first day of school.

Pinellas School District leaders moved a bus stop off of busy Gandy Boulevard in St. Petersburg near the entrance to the Twin City Mobile Home Park onto the much less busy San Martin Boulevard Northeast.

The change is happening after parents documented the dangers their children faced daily getting onto the bus on the congested highway. Parents recorded video on their cell phones showing cars blazing right past the stopped school buses as their kids tried to climb on board. Some parents even darted into the road themselves to flag down drivers and beg them to stop.

Once ABC Action News started looking into the issue, the Pinellas County Sheriff's Office sent out deputies to write tickets for more than two straight weeks.

Deputy Howie Miller made it his mission to do more. He worked with the city of St. Pete and Pinellas County Public Works department to get a concrete median torn out at the intersection of San Martin Boulevard and Savona Drive.

The change now allows the school bus to turn around and pick kids up on San Martin Boulevard instead of Gandy Boulevard.

“I have kids. I’m a grandfather now. You want safety with the kids,” Deputy Miller explained.

“Oh, it was awesome dropping my daughter off today. It felt so good as a parent that my daughter wasn’t put in that dangerous situation,” Dennis Stevens said with a sigh.

Around 100 children are killed and 25,000 are injured every year on their way to and from school, according to AAA. That's why the Pinellas County parents say they're over the moon that their efforts paid off.

“Finally they’re listening. The kids got on the bus safely and securely today and it was a lot better," Amanda Stevens added.