Interchange would be built at Overpass Road 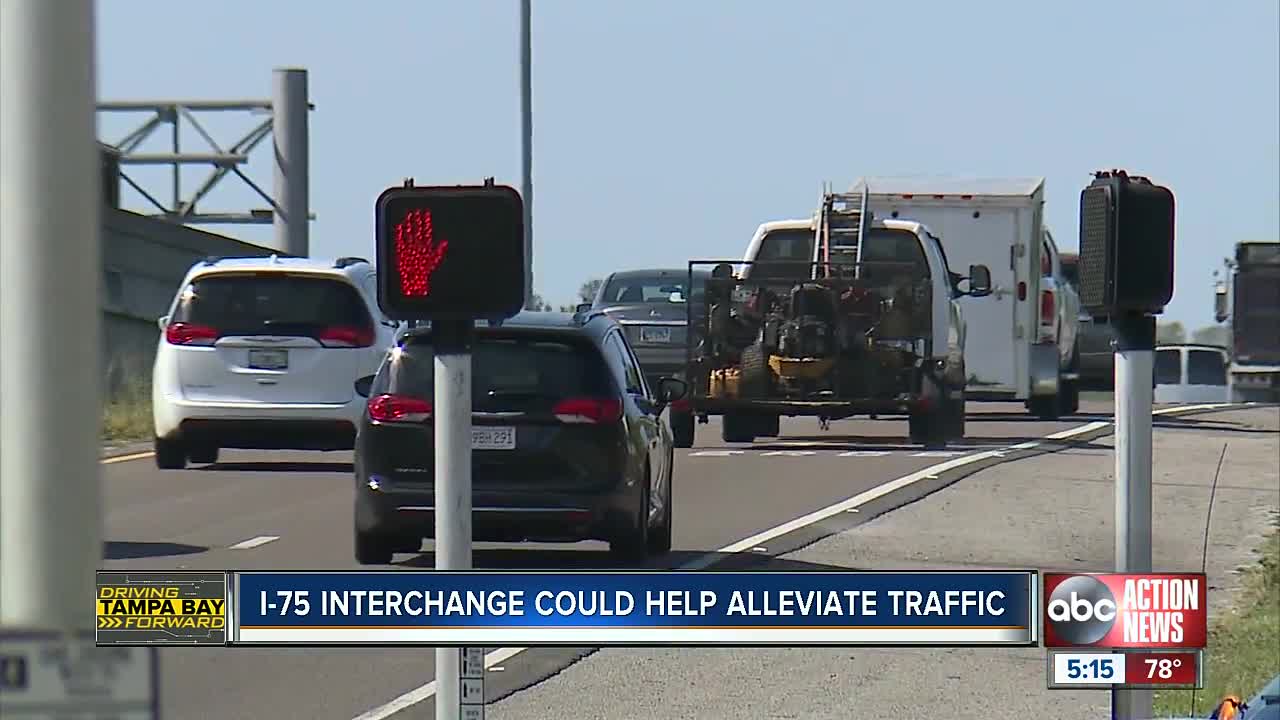 A new I-75 interchange to be built in Pasco County may relieve traffic on State Roads 52, 54 and 56. 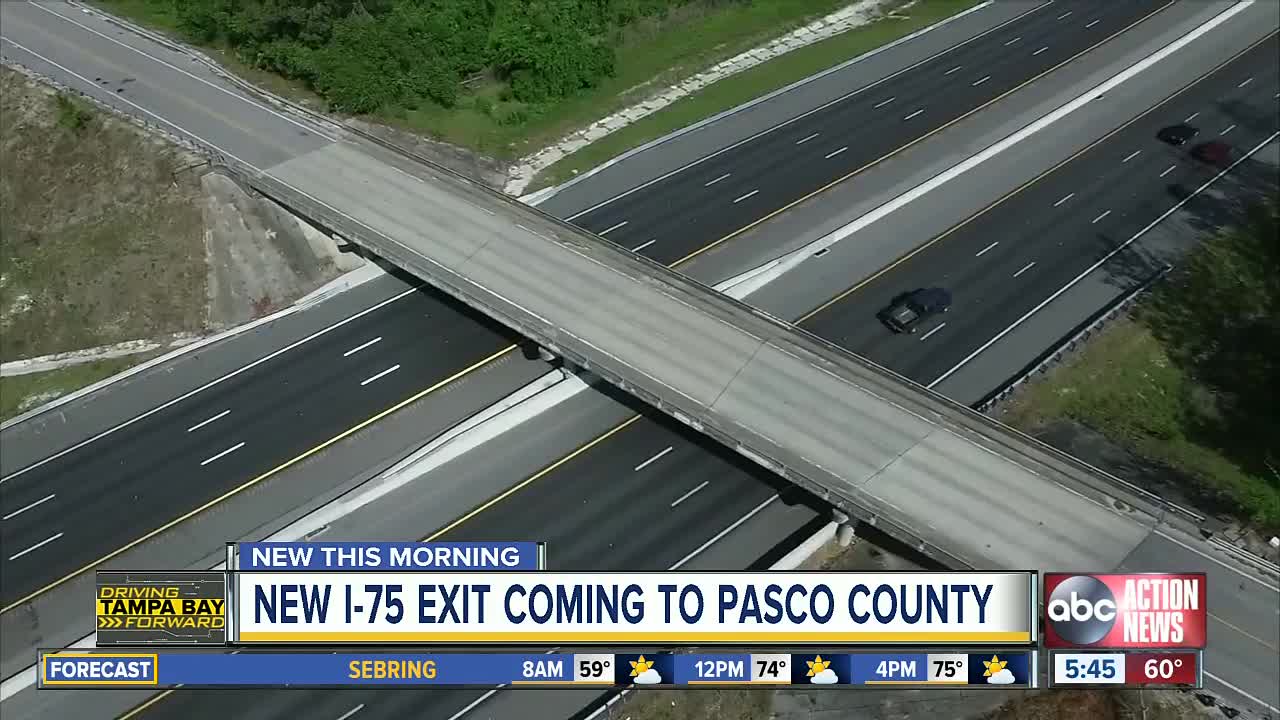 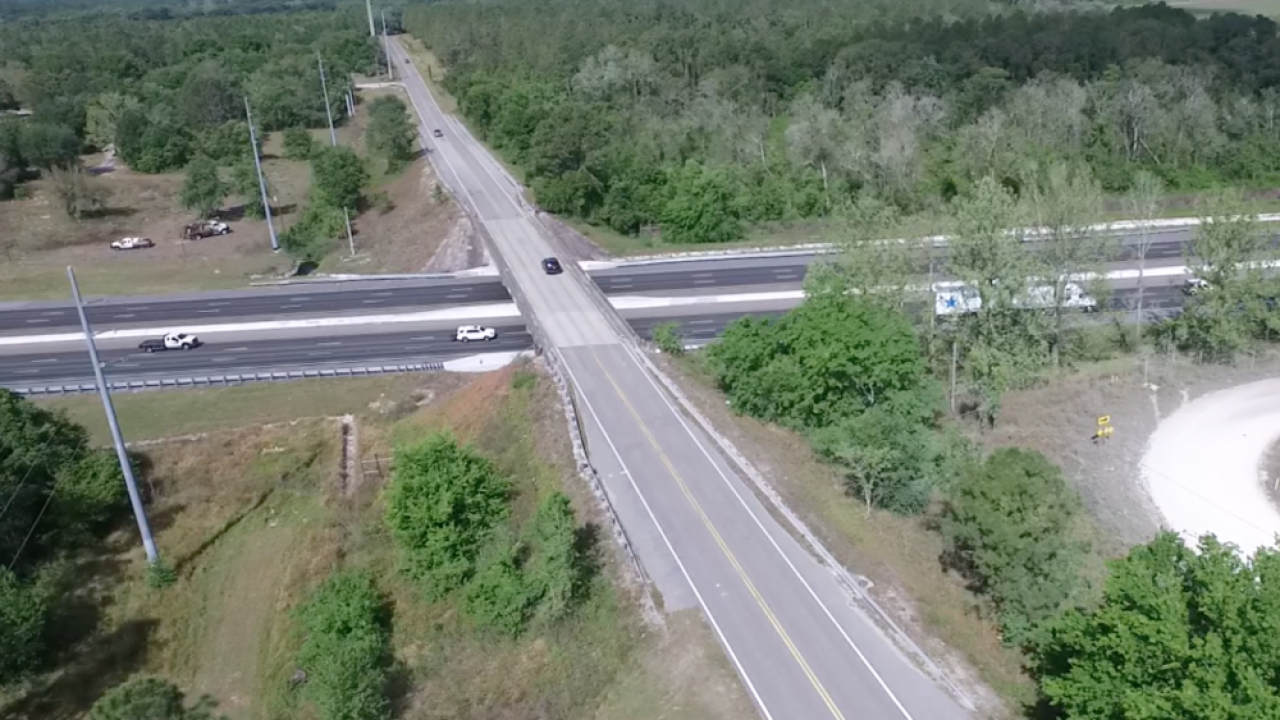 PASCO COUNTY, Fla. -- A new I-75 interchange is coming to Pasco County. State and local leaders hope it will relieve traffic on State Roads 52, 54 and 56.

The interchange will be added at Overpass Road, located between State Roads 52 and 54. Right now, there is a roughly six-mile stretch without an exit or entrance to I-75 between the two roads. The new interchange would cut that in half.

“The bridge is there so now it’s just a matter of building the interchange around the bridge,” said Dan Biles, Pasco County Administrator.

WATCH: ABC Action News Latest Headlines | Get caught up in less than 3 minutes

Work is happening behind the scenes to make sure crews will be able to break ground on the $65 million project in 2020.

The area near Overpass Road will also look different in coming years. Pasco County is working to transform county-owned land near the interstate into a business park.

This project will follows the diverging diamond planned for I-75 and SR 56. Construction began earlier this year.