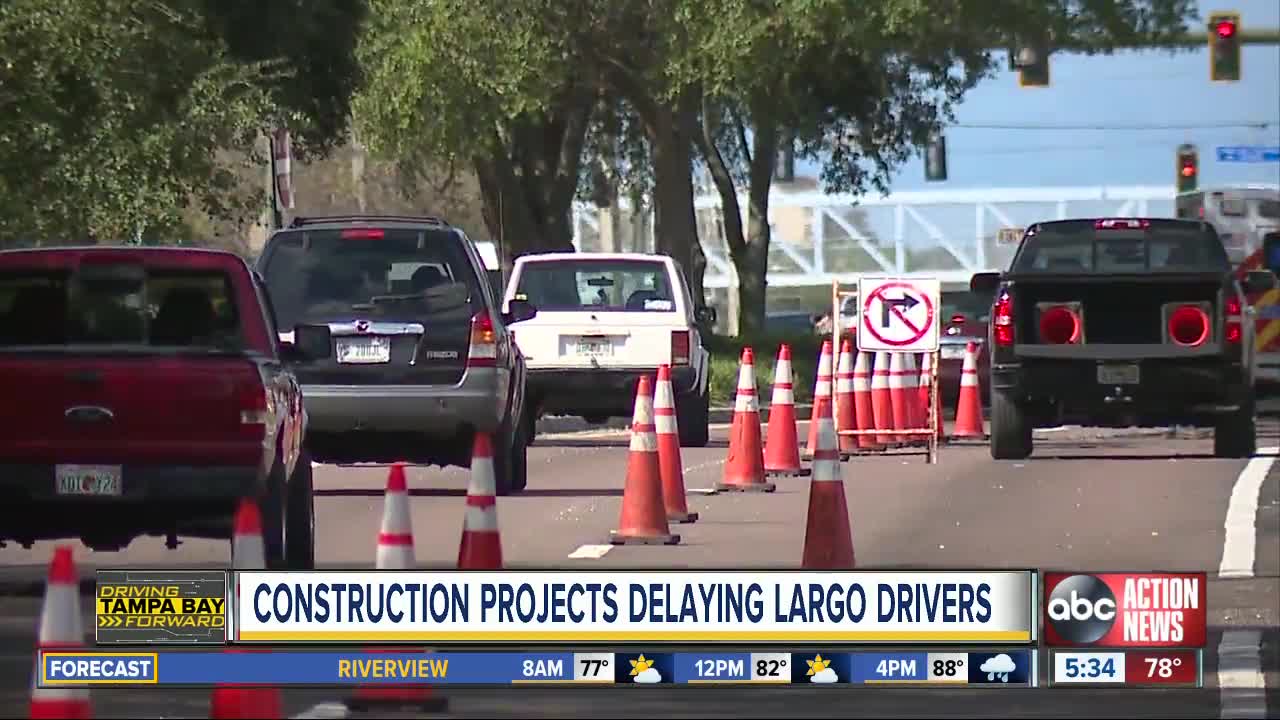 ABC Action News viewers reached out to our Driving Tampa Bay Forward tip line to express concerns about construction slowing down their commutes. 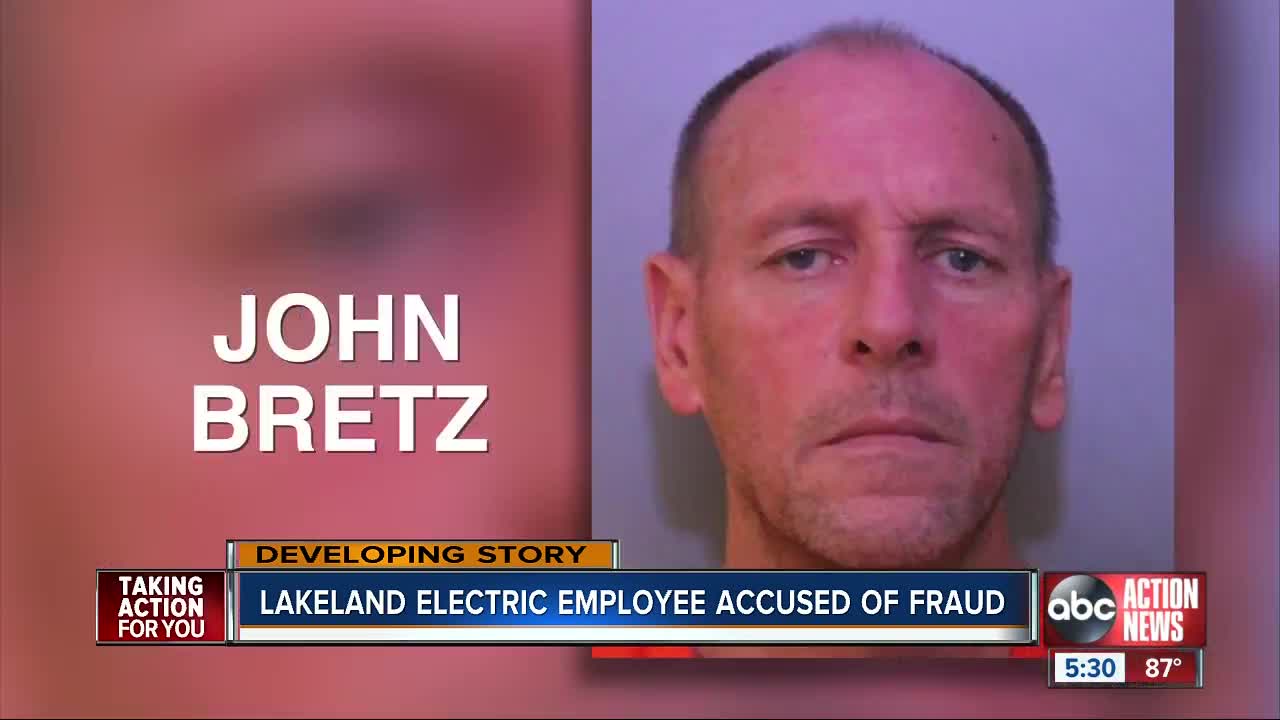 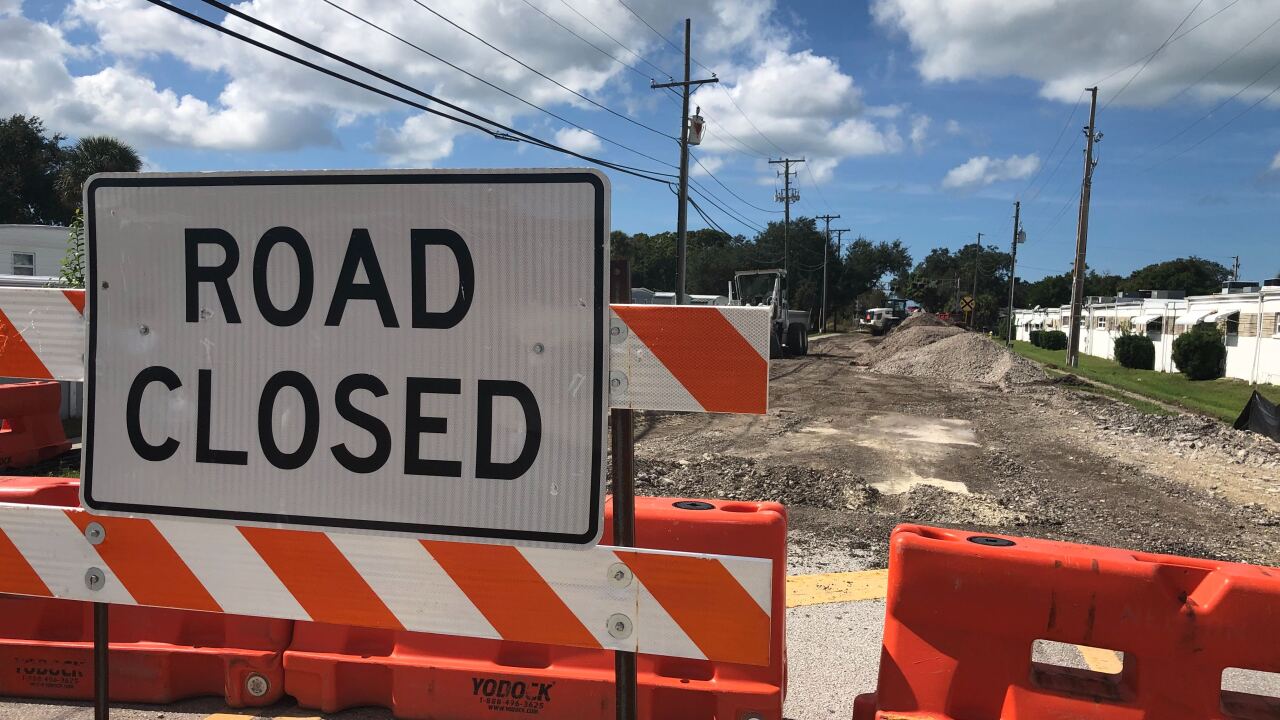 The construction on West Bay Drive is along a half-mile stretch of road from Missouri Ave. to Clearwater-Largo Rd. However, drivers say the project can back up traffic for miles.

Kristi Faulkner owns a hair salon business on West Bay Drive and has two words to describe the construction.

“It’s a hot mess,” she said. “When it goes into one lane, everybody is trying to get there before it happens and the lights aren’t in sync so it’s just chaos.”

Crews are working to add sidewalks, crosswalks, better 5G technology, lighting and street re-pavements. But, construction crews have to close driving lanes to make way for the work.

“There are no cars moving at all. It’s completely at a standstill, you have people honking and they’re trying to get around, but there’s no other way to get around this area,” Faulkner said.

To make matters worse, the closest east or west corridor, Rosery Road, is completely closed due to construction.

The closures are leaving Faulkner with questions.

“Why did they decide to do this right now? Why are they doing it with Rosery? Why can’t they do it at night?” she said.

Due to the concerns, ABC Action News asked Largo's Mayor Woody Brown what he thinks. He also happens to own a business along West Bay Drive.

"There will always be at least one lane open each way and we’re going to do what we can,” Brown said.

Brown says crews will be working at night during portions of the project. He says waiting until the construction on Rosery Road was finished is impractical. It also would have meant losing out on grant money.

Largo leaders have promised to try and alleviate traffic concerns as much as possible. However, with more people moving to Tampa Bay, the construction is crucial to ensure the roads are safe and ready.

Construction on West Bay Drive should wrap up in August 2020. Rosery Road construction isn't expected to wrap up until 2021 due to sewer fixtures.

Brown says when the construction wraps up, it will all be well worth the wait because the roadways will be safer, smoother and better lit.