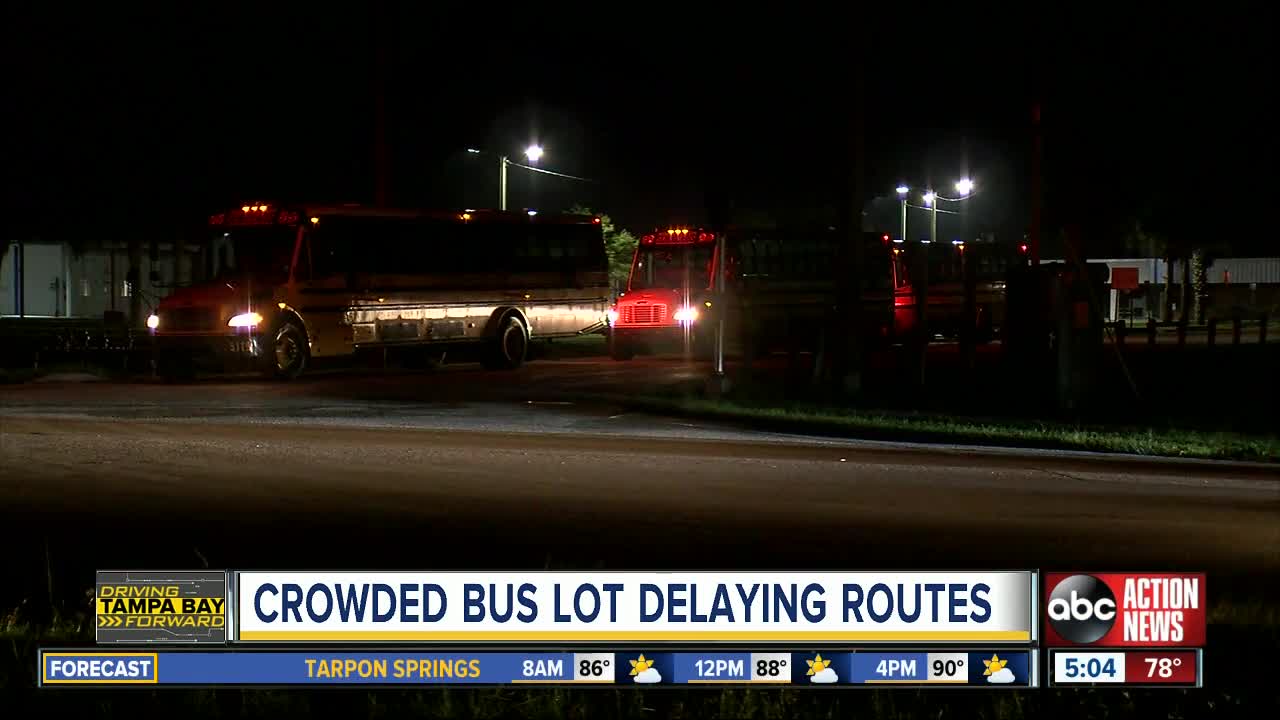 School leaders are considering moving a bus barn from a congested area of south Hillsborough County. 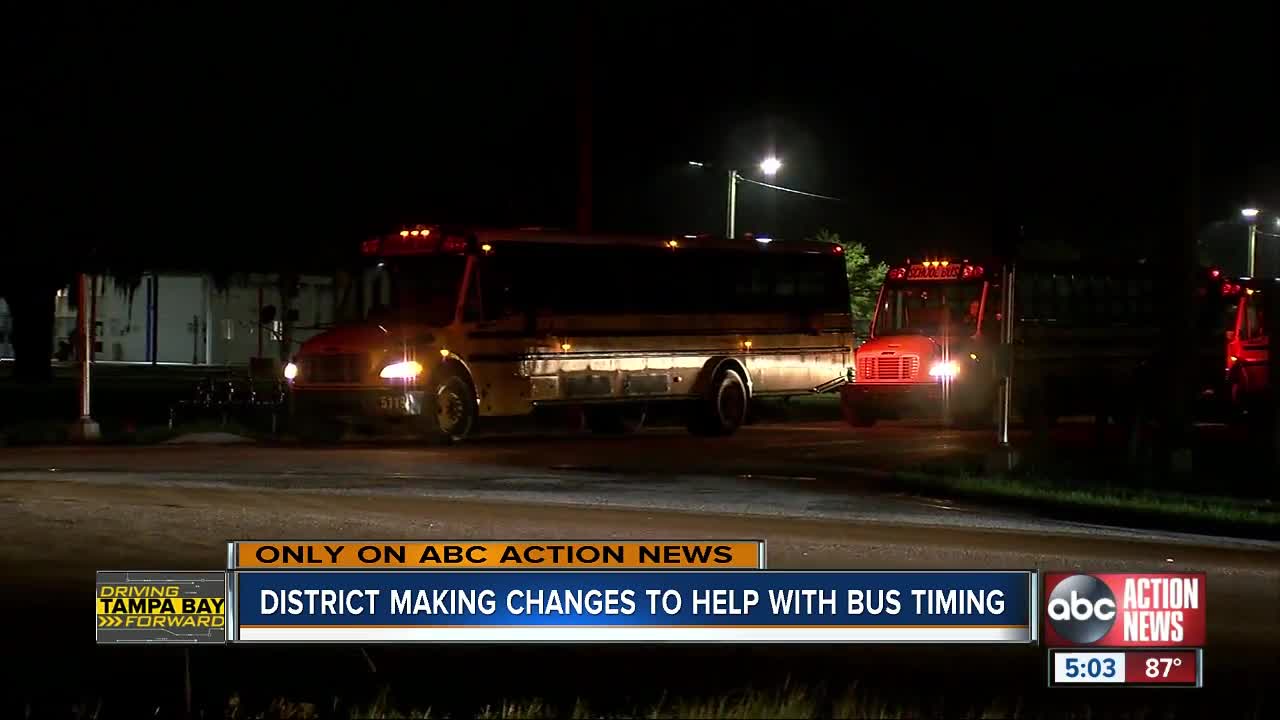 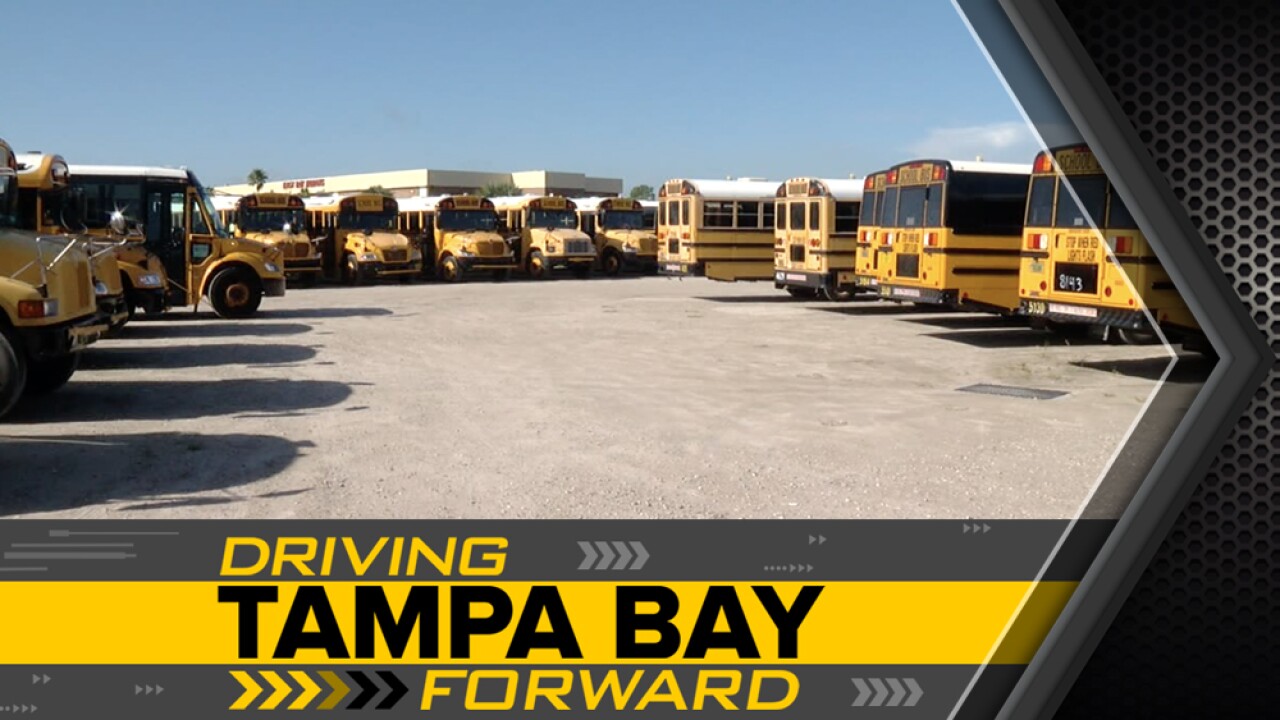 Hundreds of buses sit at a bus yard off Big Bend Road in Riverview behind East Bay High School.

The district has received complaints from drivers who say it takes too long for them to get out of the bus yard because of a traffic light that only allows four to five buses per light cycle.

Hillsborough County Transportation Director Jim Beekman said they are working on solutions to the buses trying to leave the barn in the morning. Between the 6:00 hour dozens of buses sit stacked trying to turn at the Franklin Cast Bay light onto Big Bend Road.

Some drivers have contacted Hillsborough County Public Works department about the timing of the light while others have reached out to the district themselves.

Several have also posted on social media about fighting traffic, and trying to leave the bus yard in the morning.

Caleb George, a driver with perfect attendance, said he always asks parents to be patient with him in the Ruskin area where his routes are, especially because everyday traffic is different. "If there’s an accident on Big Bend, or 75 it backs up your whole morning," he said.

Beekman tells ABC Action News that they plan to move the bus yard to another location in south Hillsborough County, but did not give details.

Some of the buses coming out of the Big Bend location have to travel as far as the Fishhawk area in the morning commute in an area that is extremely congested.

"All we can do is be empathetic," said Beekman. "In this district we're 85,000 kids in three hours that we have to move."

Beekman adds that traffic in this area is becoming worse with the growth."

Beekman said they have staggered the times drivers are leaving to give them reasonable time to get to their routes and make them on time.

Along with fighting traffic, Beekman said they still need more drivers in the southern part of the county as well.