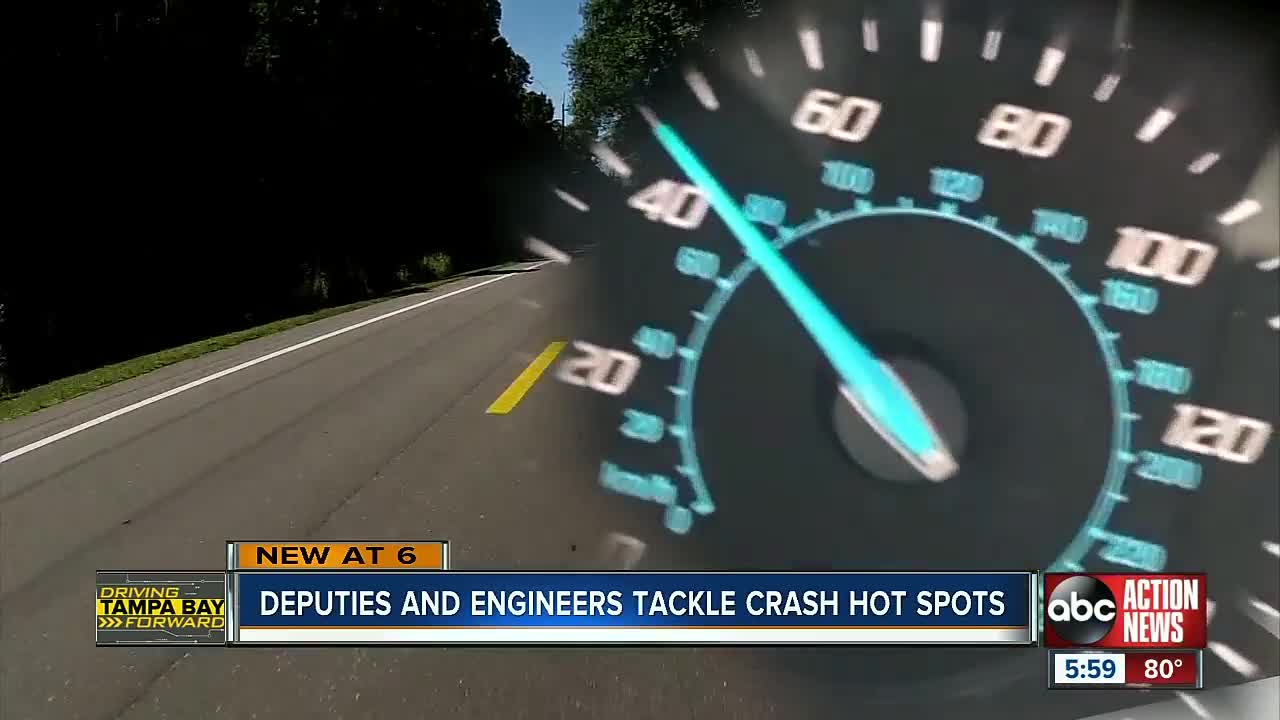 Dozens and dozens of crashes have happened along Morris Bridge Road over the last five years. Deputies split up Tuesday to do a road audit with engineers from the county to pinpoint why. 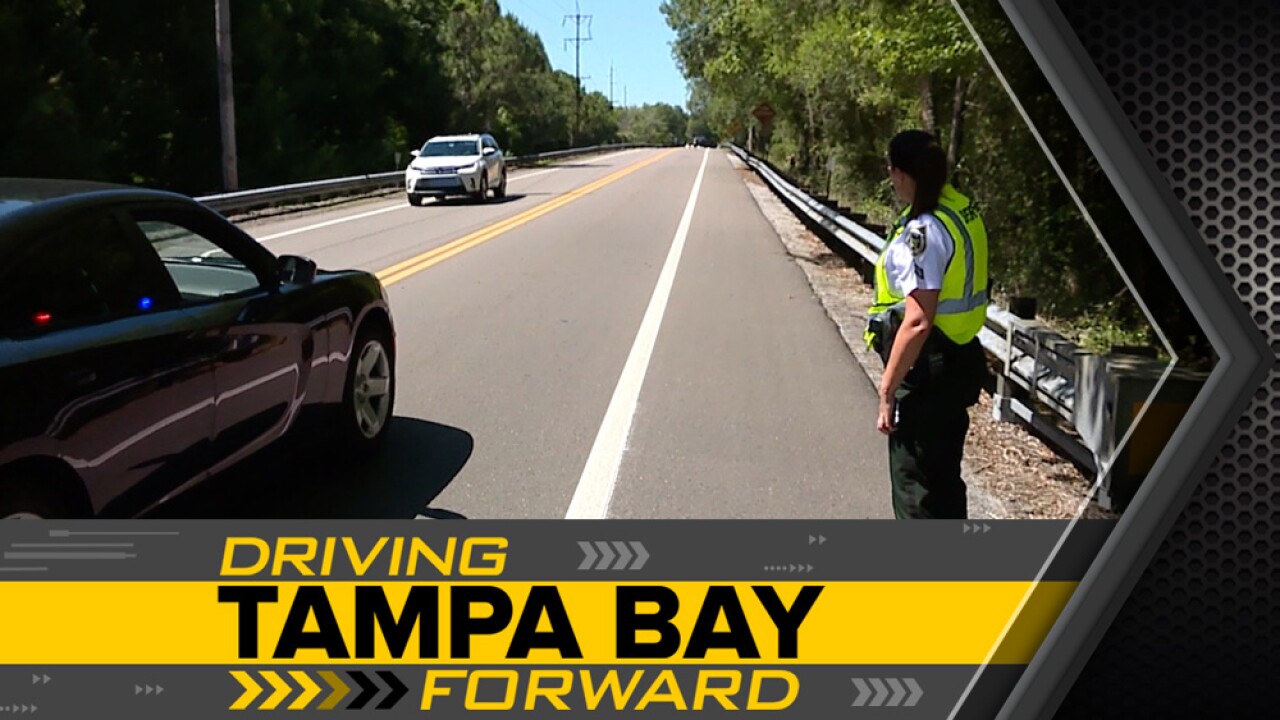 HILLSBOROUGH COUNTY, Fla — Dozens and dozens of crashes have happened along Morris Bridge Road over the last five years. Deputies split up Tuesday to do a road audit with engineers from the county to pinpoint why.

They noticed a lot of it has to do with speed.

"We can give tickets and we are doing that, there is a lot of traffic enforcement. [But] we recognize that is not enough,” said Danny Alvarez, the public information officer at the Hillsborough County Sheriffs Office.

They say drivers often take curves on this road too fast and take out signs as they veer off the road.

"That’s where all the cars end up usually,” said Corporal Kristy Udagawa, as she pointed out a ditch near a curve in the road.

She also showed us a sign so small and faded you could barely read it. "You really have to see that sign to know that you’re turning into a park," she said.

She spotted things out of place or missing completely. A few signs were lying in a ditch after being hit by cars.

"It may be time for more critter signs because majority of our crashes are involving animals,” she said.

“It contradicts itself,” she said.

It’s why she’s paired up with a county engineer to share her thoughts on how to make the road known for its crashes safer. Alvarez says there’s been at least 158 crashes over the last five years.

"In one stretch of road for five fatalities over a five-year period and that many crashes, that is a lot. That is not normal,” he said.

The sheriffs office took time to speak with businesses and neighbors for suggestions. Corporal Udagawa talked to a bicyclist who rides about 9,000 miles a year on Morris Bridge Road.

"What are some of the things that you find are dangerous for you to ride in?” she asked. He responded, “people don’t follow the speed limit and then unlawful passing would be the second."

Some short term solutions would be to add or update signage, lower the speed limit, and trim bushes and trees to give drivers a better view of the road. The long term changes may not be seen for a few years.

"Widening roads or adding shoulders or increasing turn lanes -- those things take time, budget, and a lot of coordination with the county,” said Alvarez.

Crews will survey this road for a few weeks before bringing the suggestions back to develop a plan. The sheriff’s office hopes the county can get started soon to cut down on the amount of crashes.