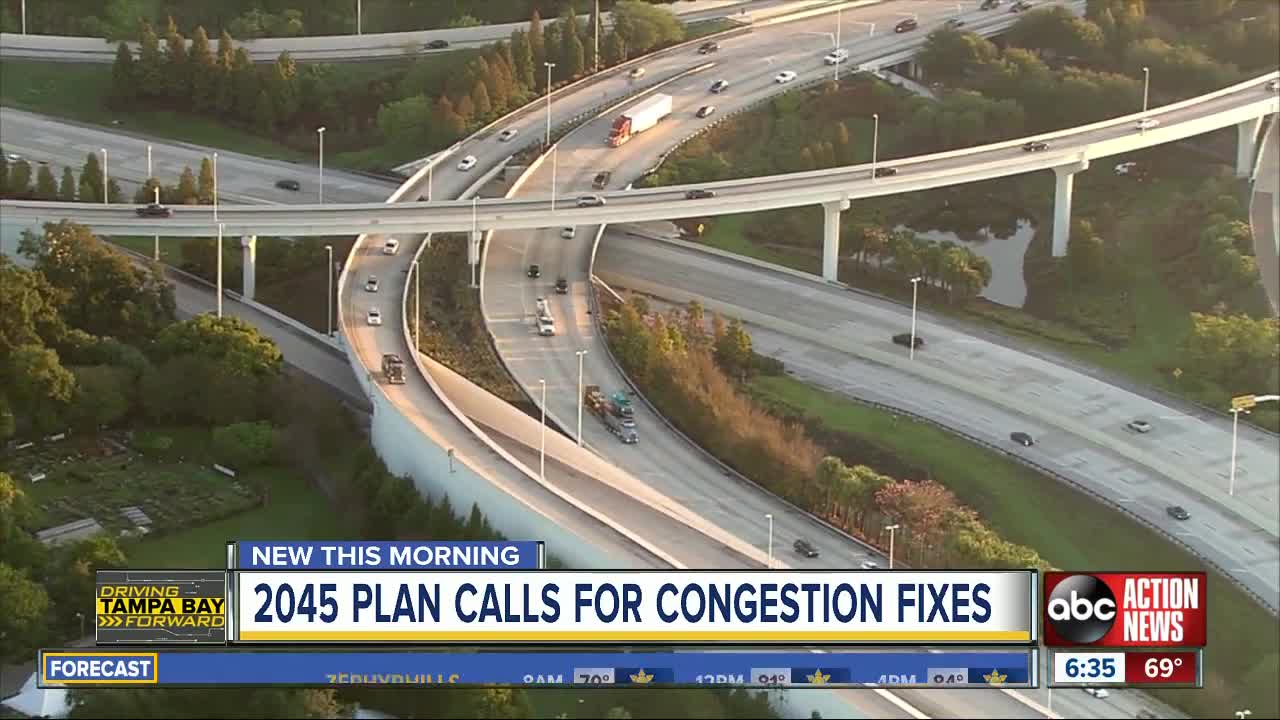 Examples of projects include additional turn lanes at bottlenecks, traffic monitoring from CCTV, and advanced traffic management systems that can detect vehicles and adjust signals in real-time, and ramp metering and speed harmonization on expressways, according to the 2045 plan. The strategy involves gradually lowering speeds before a heavily congested area in order to reduce the stop-and-go traffic that contributes to frustration and crashes.

Changes are also coming to HART bus service with 38 Routes with increased service, including:

As a retiree of two years and Councilman in Temple Terrace, James Chambers spends much of his time outdoors, whether it is biking, walking, or playing golf.

“Lucky for me, where I live is accommodating to pedestrian life," Chambers said in the 2045 Plan report.

While Chambers says he still used his car for commuting to work, since retiring he has found that biking and driving the golf cart satisfy his transportation needs. With the city ordinance that allows tagged golf carts on the street, Chambers says that roughly 10% of people in his area use their golf carts as regular transportation.

"People here appreciate being able to drive their golf carts on the city streets," he told transportation leaders in the 2045 report.

Chambers only concern is the distance between his city and big hubs in Tampa, like the airport. One day he hopes to see a light rail system that can easily transport people to major destinations.

There's also projected changes to the Downtown I-4 Interchange in the 2045 Long-Range Plan.

The I-4/I-275 interchange has experienced severe congestion and crashes over the years. Interchange modifications are needed to address these issues, which may impact business districts and neighborhoods that are revitalizing, historic and/or have vulnerable populations.

Due to overwhelming public comment, Hillsborough MPO sought further input to identify specific solutions via the It’s TIME Hillsborough Survey. As a result, the “Safety and Traffic Quick Fix” was selected as the publicly preferred scenario with the following features (final project concept will be provided by FDOT):