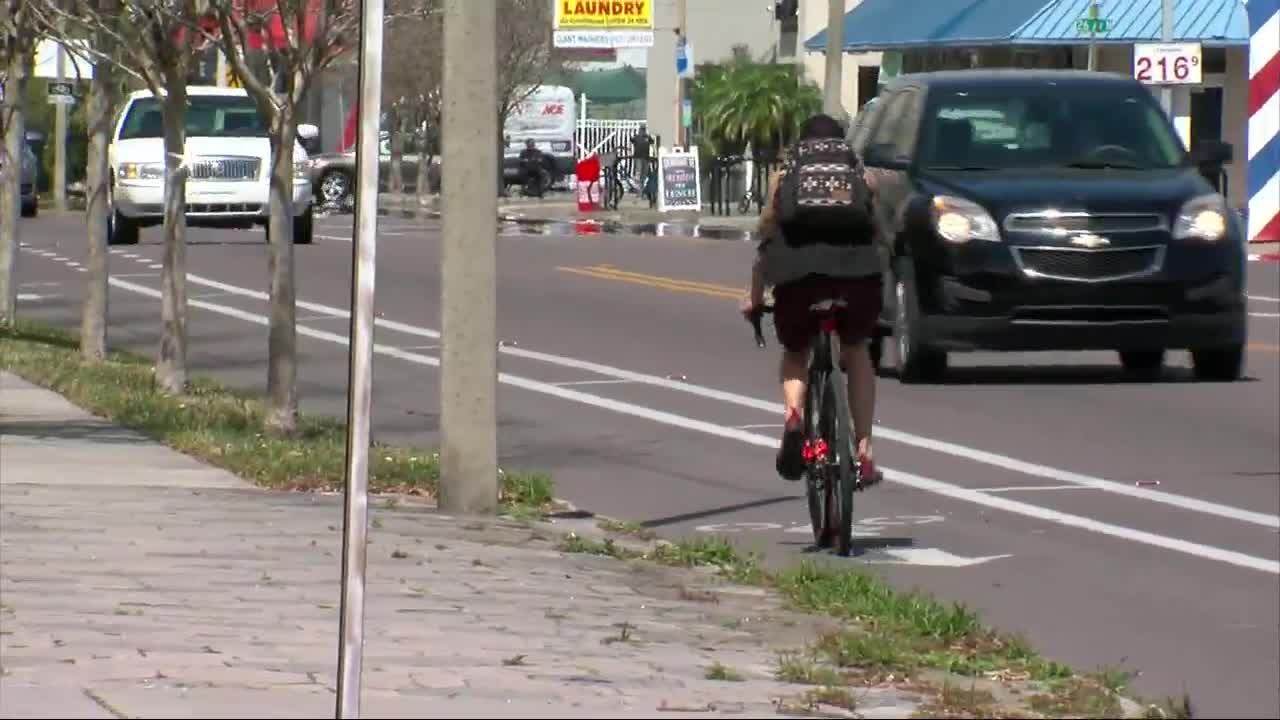 Wrong-way cyclists. It’s a problem police officers are uncovering on both sides of the bay as bike lanes are adding along major roadways. 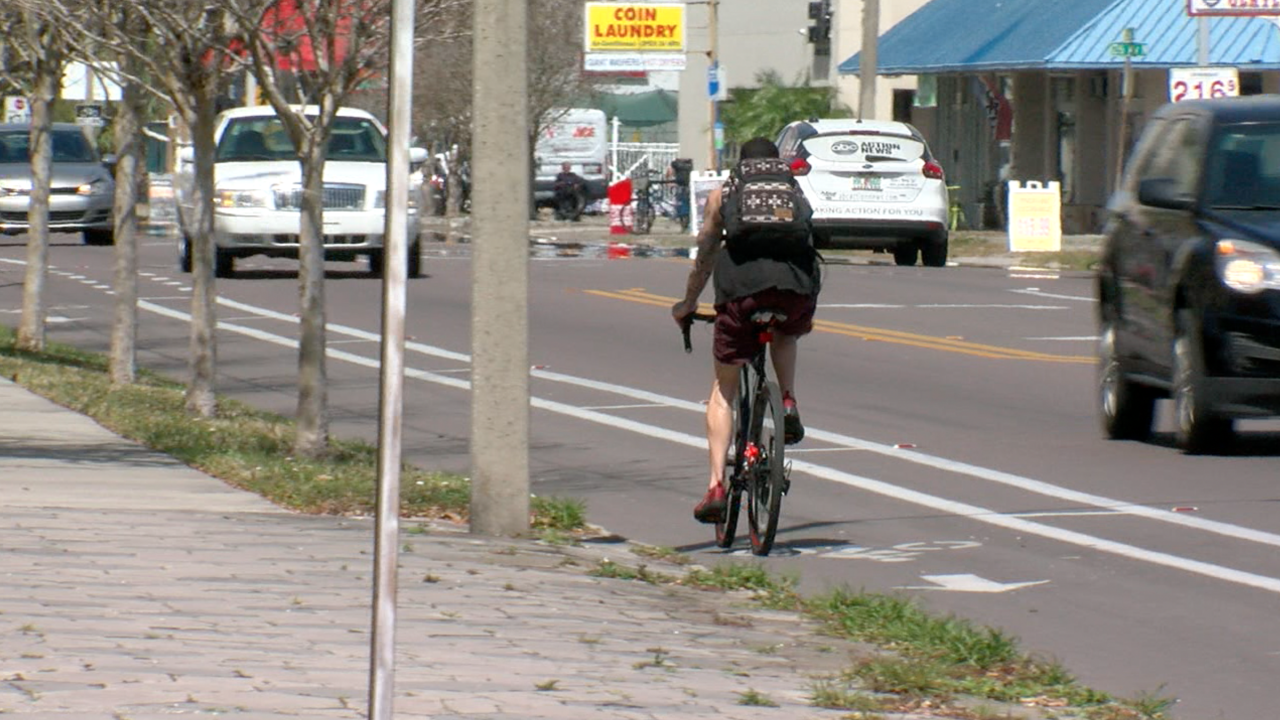 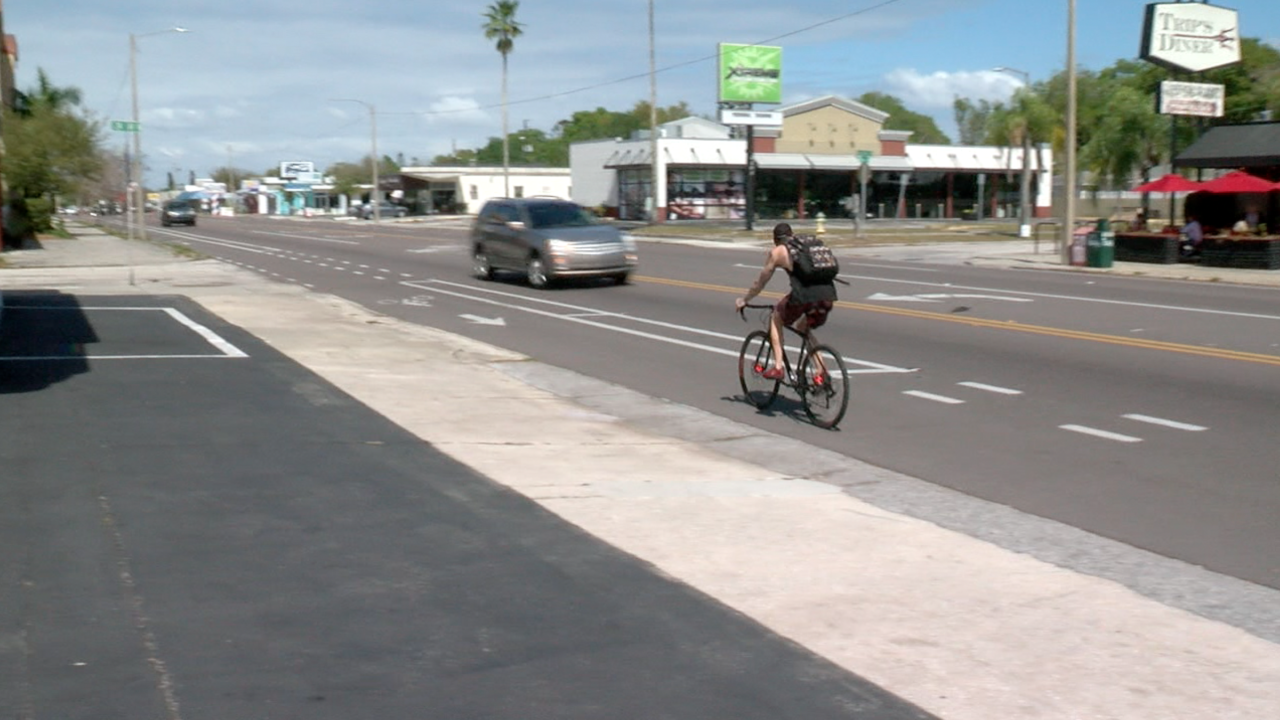 ST. PETERSBURG, Fla. -- Wrong way cyclists. It’s a problem police officers are uncovering on both sides of the bay as bike lanes are adding along major roadways.

State law dictates that bicyclists should travel with the flow of traffic, meanwhile, walkers should travel against traffic if they must be in the roadway.

Driver Rebecca Bray says she sees it every day and it makes her heart race.

“They’re putting themselves in a lot of danger by going in the wrong direction,” she said with a sigh.

Officer Michael Jockers works in the traffic homicide unit at the St. Petersburg Police Department and says as cities add more bike lanes, head-on collisions between cyclists and drivers are on the rise.

“We had one person flip over a vehicle and died. Another person went into the windshield and lived but he’ll never be the same,” Jockers recalled.

Some cyclists tell ABC Action News they feel safer riding against traffic because they can see the danger headed straight towards them but Officer Jockers says that creates a major visibility problem for drivers.

“They’re looking for the direction the traffic should be heading, and they’re not looking for traffic heading in the wrong direction,” he explained.

On Monday, transportation leaders from both sides of the bay met to brainstorm ways to keep cyclists and walkers safe.

“We’re meeting in Sarasota, Orland and St. Petersburg so that we can be the leaders in starting to reduce these numbers and creatively solve these problems,” Dr. Erin Scheffels of the Vision Zero initiative said.

In addition to lighting and roadway modifications, the Vision Zero initiative focuses on the importance of both pedestrians and drivers taking more responsibility for their actions. It also looks at how stories are written and presented in the media and the influence that can have on the behavior of drivers and pedestrians.

“Understanding that as a motorist you are driving a 3 ton vehicle and that is a dangerous thing to do,” Scheffels added.

In 2019, 143 bicyclists, and 713 pedestrians were killed on Florida roads, according to the Florida Department of Highway Safety and Motor Vehicles.

Officer Jockers is making it his mission— of 20 years and counting— to educate cyclists and drivers about the danger of not following the rules.

“If people could just pay attention a little more and take more responsibility for their actions then I wouldn’t have to knock on their loved ones doors in the middle of the night to tell people their loved one has passed away,” Jockers said.