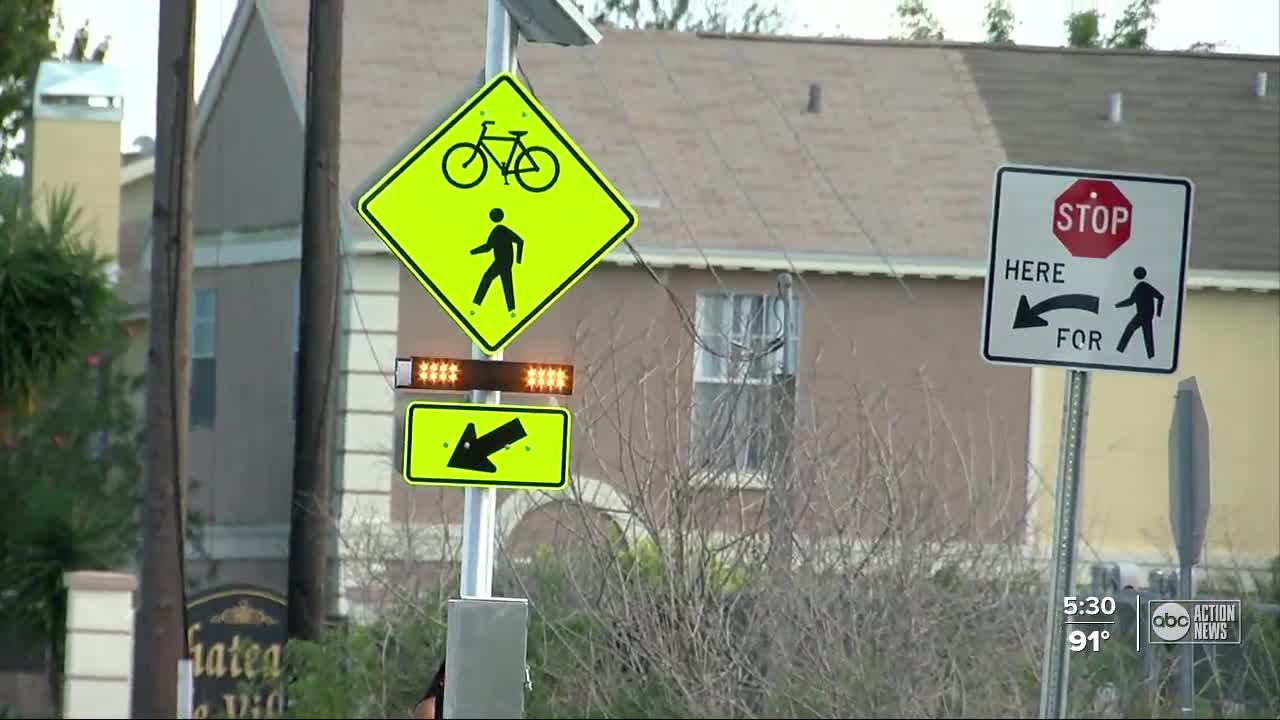 Pinellas County transportation leaders unveiled a big change in Clearwater on Monday. Engineers installed two new rapid flashing crosswalk signs where Nursery Road intersects with the Duke Energy Trail. It comes after a cyclist lost her life at the intersection in May 2019. 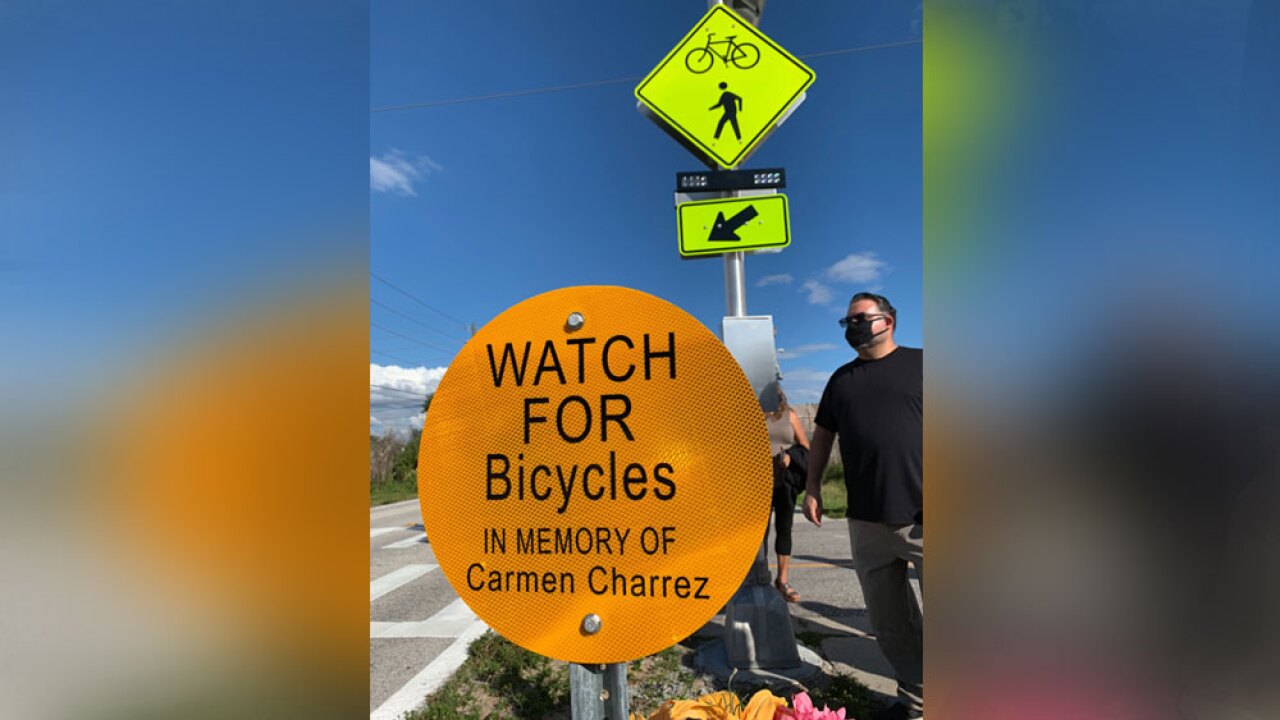 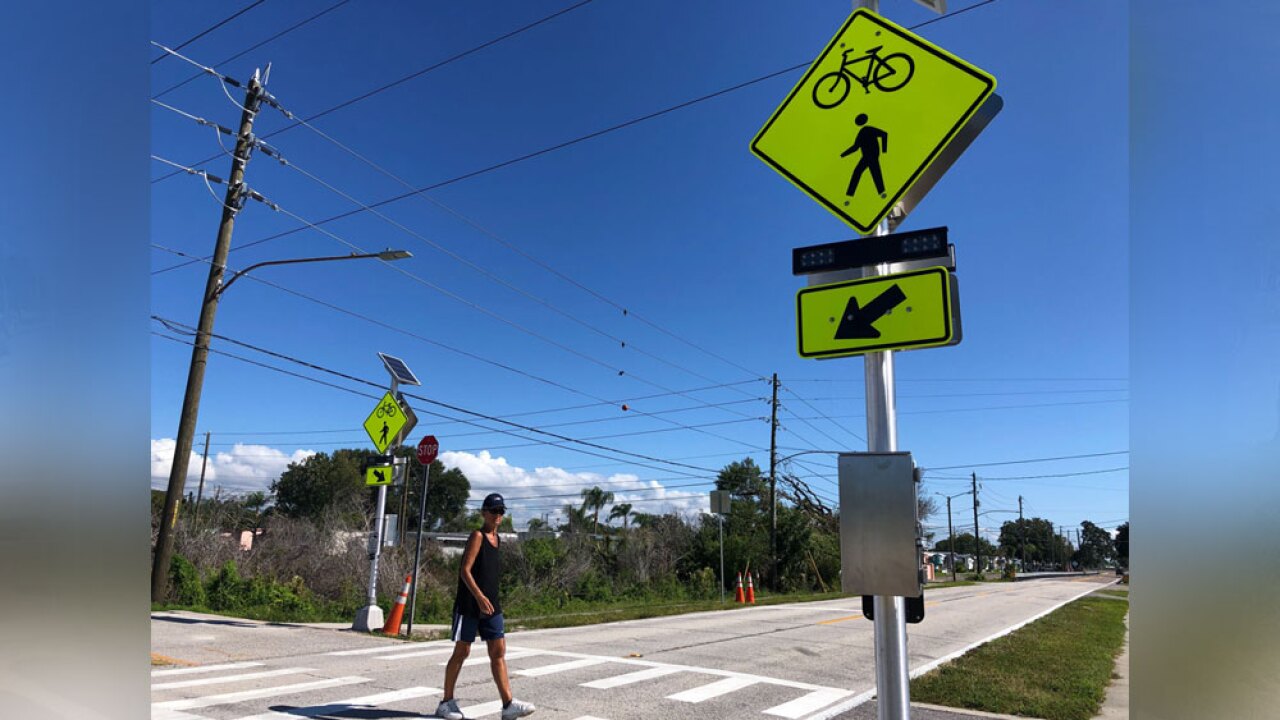 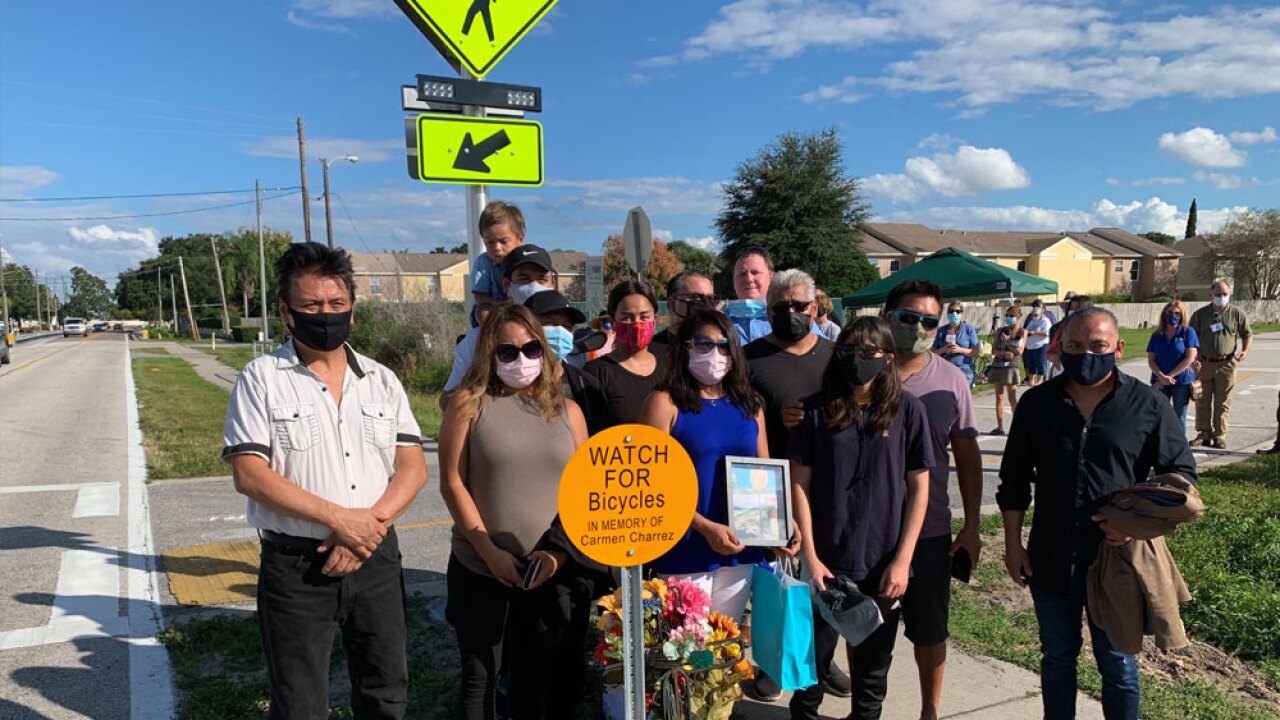 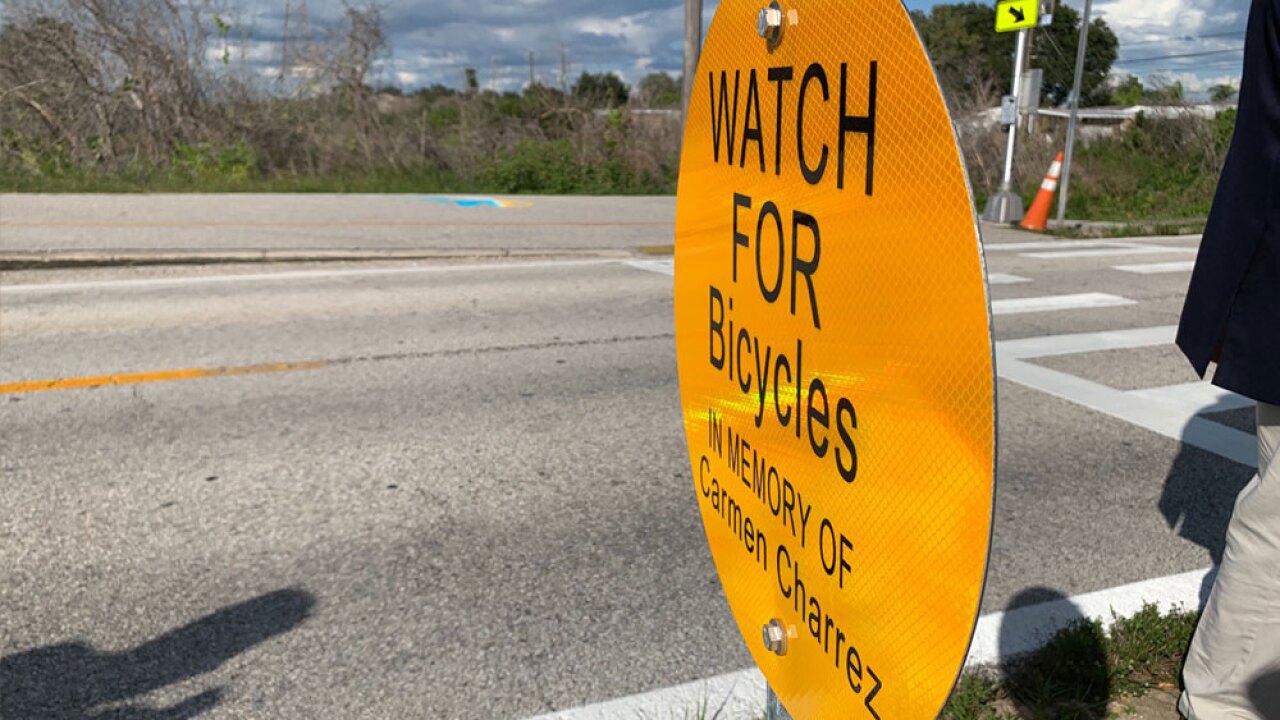 CLEARWATER, Fla. — Pinellas County transportation leaders unveiled a big change in Clearwater on Monday. Engineers installed two new rapid flashing crosswalk signs where Nursery Road intersects with the Duke Energy Trail. It comes after a cyclist lost her life at the intersection in May 2019.

ABC Action News has highlighted the danger at the intersection and the push for change being made by Carmen Charrez’s friends and family members in the wake of her death as part of our Driving Tampa Bay Forward commitment to saving lives.

There isn’t a day that Araceli Cahill and Gonzalo Charrez aren’t reminded of their sister, Carmen.

“I can still remember her laugh. That’s what I miss the most,” Gonzalo Charrez recalled.

49-year-old Carmen Charrez’s “never give up” attitude inspired her siblings to push for change at the intersection where she was hit and killed in May 2019 on her bicycle.

“We believe this happened for a reason, and she is going to save a lot of lives,” Cahill added.

The driver who hit Charrez claims he didn’t see her until it was too late.

“Nothing is going to bring our sister back, but seeing this means a lot to me,” Gonzalo Charrez added.

ABC Action News reporter Sarah Hollenbeck was there at the intersection the day after Charrez’s death highlighting how difficult it can be for drivers to see walkers and bikers crossing the popular trail, especially during early morning and evening hours.

Clearwater Police Officers say Charrez was hit around 8:26 p.m., just after the sun set for the evening.

Now that the flashing beacons are in place, Forward Pinellas Director Whit Blanton hopes everyone will use them.

“If you don’t press the button, the lights don’t flash, and you might as well be invisible in some cases,” Blanton said.

Forward Pinellas and Pinellas County transportation leaders are also launching a new initiative using cameras to study intersections with near misses so that changes can be made before someone is seriously injured or killed.

“It’s scary how many near misses are out there so the idea is to use technology more around the county and identify near-miss locations where we can go ahead and think about solutions before we have a tragic fatality,” Blanton elaborated.

Cahill says her sister would be honored to know even after she’s gone; she’s making an impact.

“It is a wonderful thing because my sister is always going to be remembered by this,” she said with emotion.