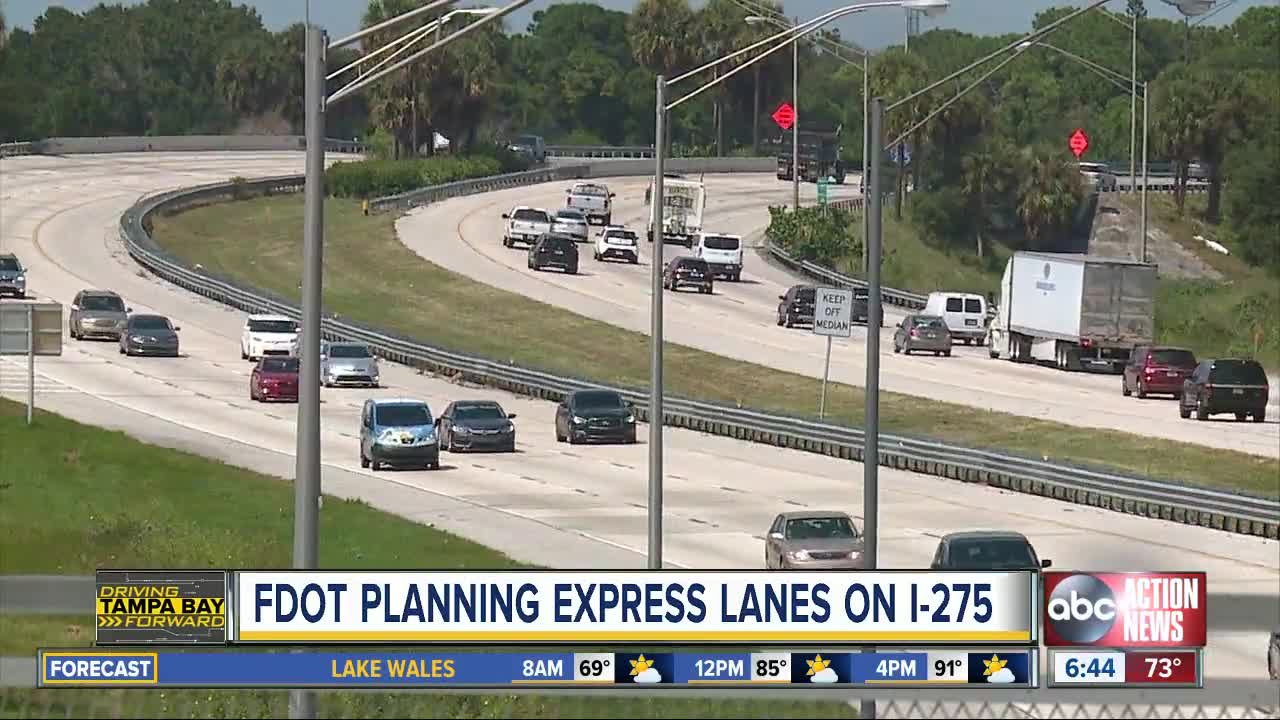 Speeding up commutes in Pinellas County. That's the goal of a new project to add express lanes on I-275. FDOT wants to connect drivers from the Howard Frankland Bridge to the Sunshine Skyway faster and easier by adding two more express lanes in each direction of the interstate. 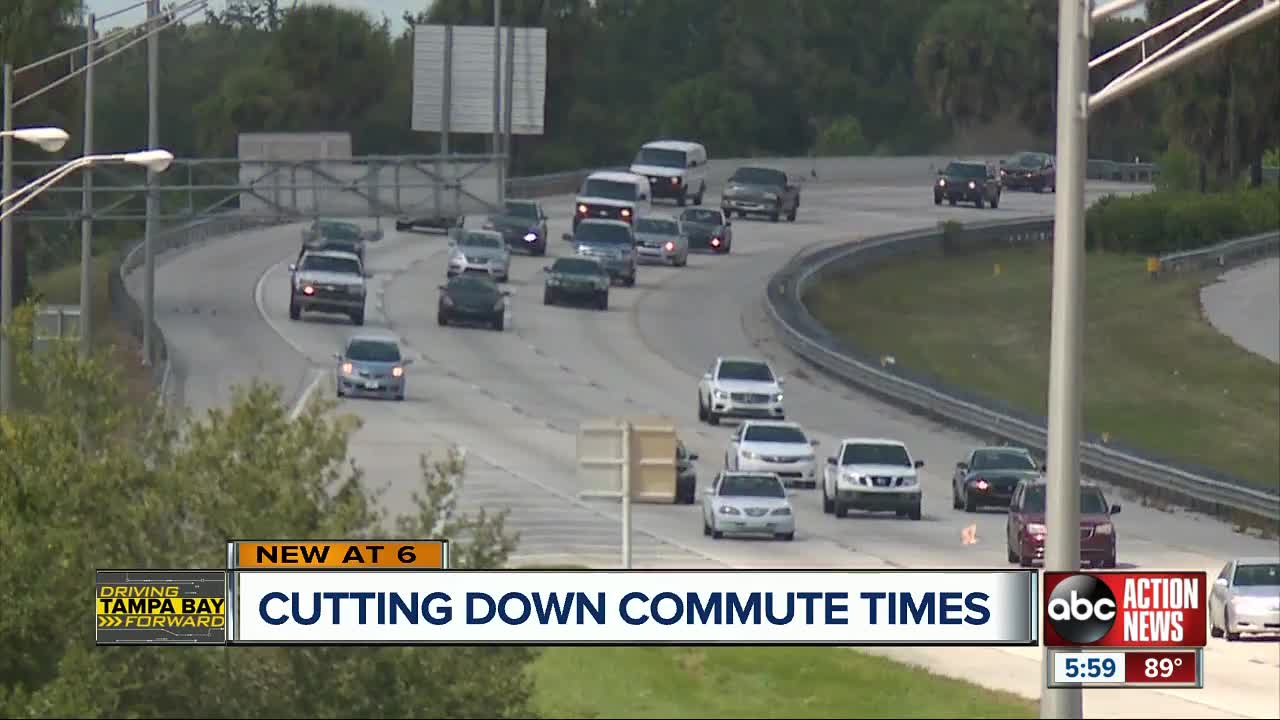 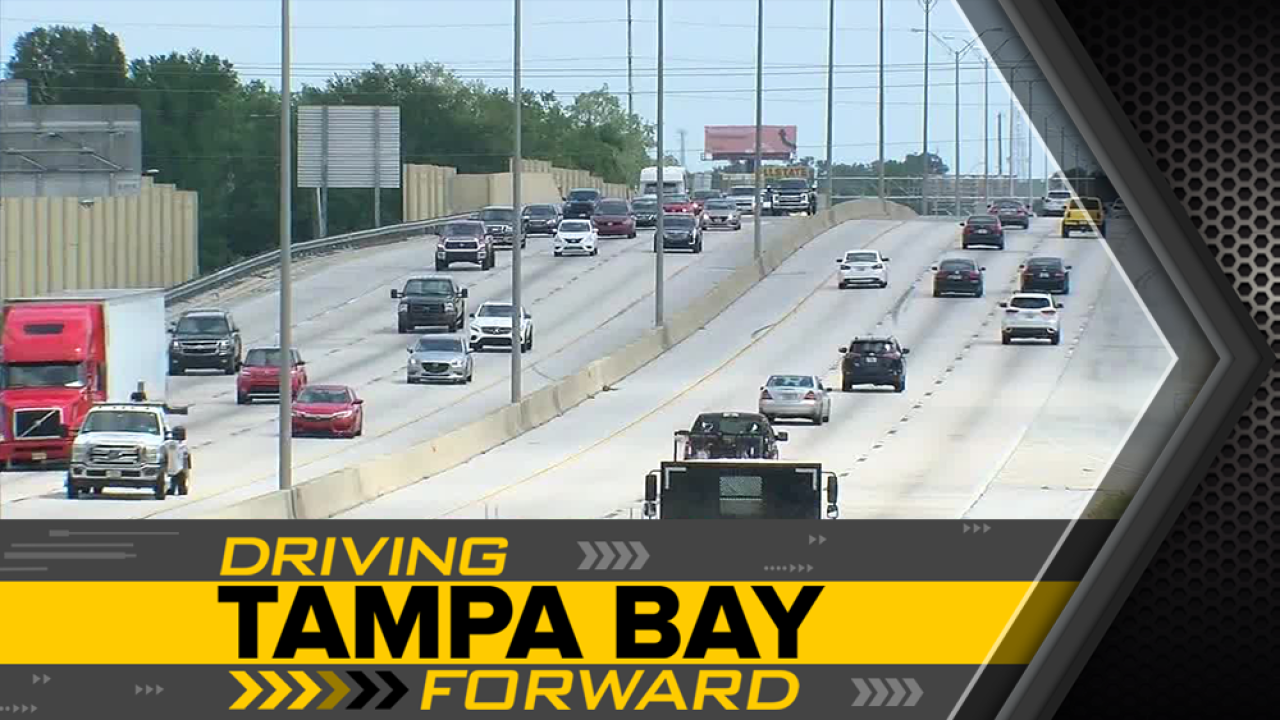 PINELLAS COUNTY, Fla. — Speeding up commutes in Pinellas County. That's the goal of a new project to add express lanes on I-275.

FDOT wants to connect drivers from the Howard Frankland Bridge to the Sunshine Skyway faster and easier by adding two more express lanes in each direction of the interstate.

“I think that would be awesome!" John Prudhomme said of the express lane plan.

FDOT presented the idea to nearby homeowners Tuesday evening in St. Petersburg.

"It would be such a relief because there are people doing their daily commutes and if have some extra lanes to use, it would be excellent," he added.

Prudhomme knows the frustration of sitting in bumper to bumper traffic on the interstate.

FDOT also plans to fix another problem aggravating drivers: lanes in both the north and southbound direction end abruptly on I-275 forcing drivers to merge.

"You don’t know where you’re going, who’s coming in, so you’re on the defense all around,” Prudhomme added.

“There’s been a problem with people going through St. Petersburg from the Howard Frankland Bridge down to the Skyway Bridge and having to change lanes so with this improvement there are two lanes in each direction that go through the entire city without changing lanes,” Bogen explained.

As for the new express lanes, FDOT says they will cost drivers, but help to open up traffic on the general use lanes. Transit and school buses can hop into the express lanes for free.

“So it will get traffic through the area a lot faster for those that have somewhere to be and want to pay a toll to get there,” Bogen added.

Yet some nearby homeowners are worried about the project costing them their homes. TC Miller's property sits just 50 feet off the interstate.

“We’ve been here since 1977. I raised my kids in this house and now they are in their 40's. The house is paid for. We can’t afford to go anywhere else,” Miller said with a sigh.

Sixteen homes could be bought by state transportation leaders to make way for the project, but FDOT says that part of the plan is still very preliminary. They are looking into other land they could use near the interstate that wouldn't impact private property.

“I hope they work that out," Miller said. "I don’t want to move. This is my forever home.”

Noise is another concern. In the Meadowlawn neighborhood in St. Pete, homeowners can hear the roar of the interstate from their yards. They worry adding two more lanes in each direction will make things worse.

FDOT says they plan to install new sound walls, some as tall as 24 feet high, to block out noise.

FDOT says the project is crucial to keeping traffic moving in Tampa Bay.

“As you know, people are moving to the Tampa Bay region daily and so we have to be prepared for that growth,” Bogen said.

FDOT wants to hear your opinion on the new express lane plan before starting construction on the $390 million project in 2024. The deadline to give feedback on the project page is October 4.