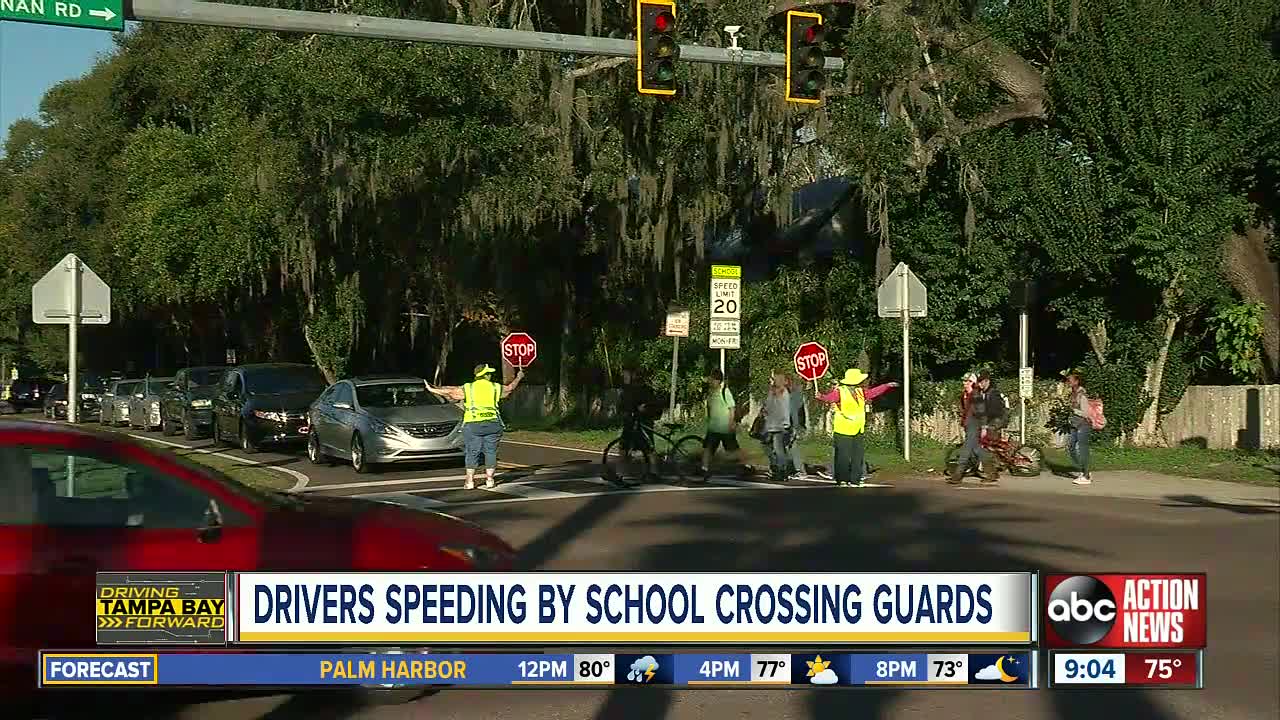 ABC Action News has received video that shows drivers not stopping while crossing guards are in the middle of a crosswalk. 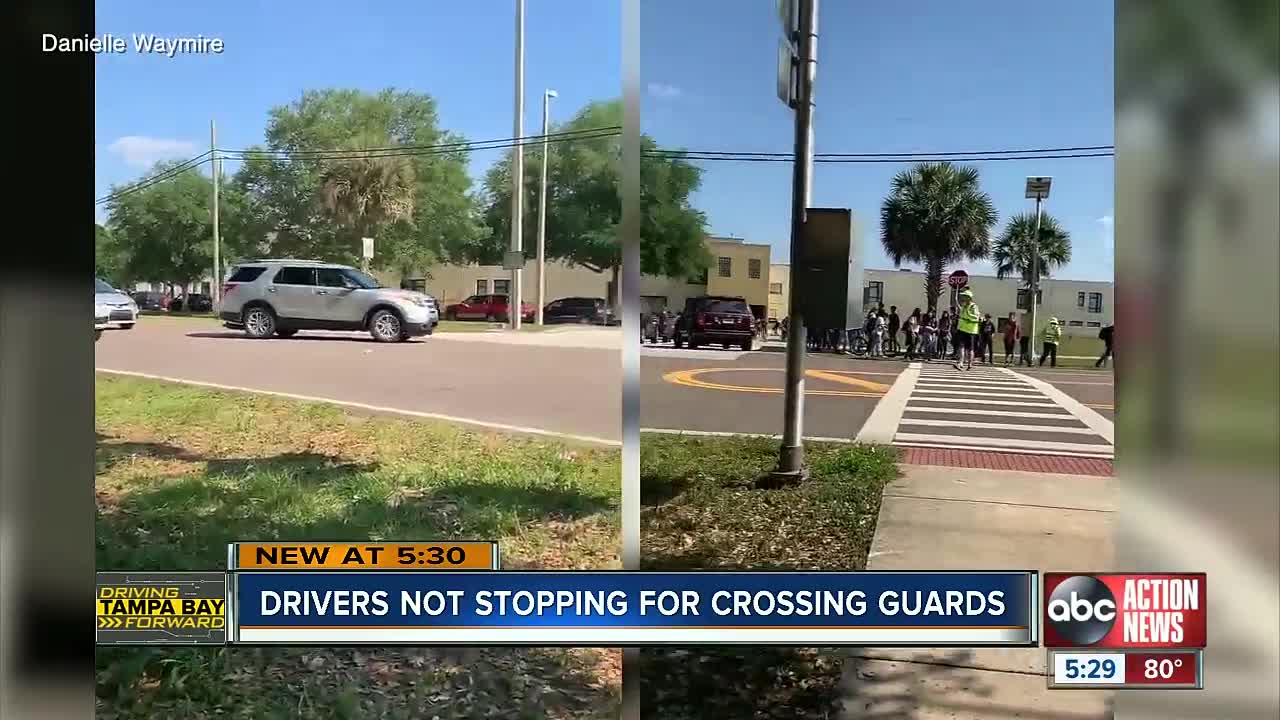 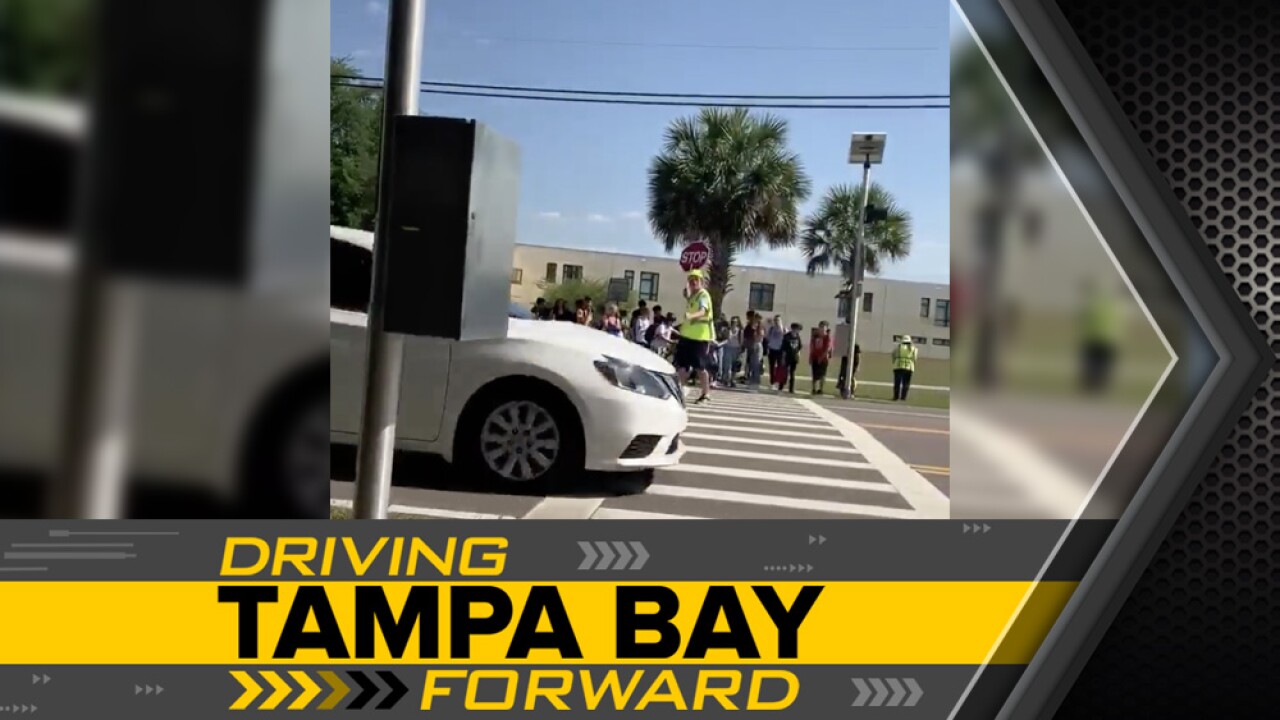 Drivers are illegally passing stopped school buses daily across the state of Florida, but ABC Action News has received video that shows drivers not stopping while crossing guards are in the middle of a crosswalk.

A parent of a middle school in Valrico sent ABC Action News the video of not one driver, but two drivers ignoring the crossing guard in the mid-block crosswalk.

One video shows the crossing guard first blowing his whistle. He gets halfway through the crosswalk with a stop sign up and a driver keeps going through.

"Two separate cars, and we actually had a few more yesterday, but it’s a daily occurrence, daily," said Danielle Waymire, who recorded the videos.

Mulrennan Middle School sits off Durant Road in Valrico, and this crosswalk is just outside the main car line entrance to the school.

"The purpose is for community awareness and for the protection and safety of our youth," said Major Elena Vitt, with the Citrus County Sheriff's office.

According to the Florida statute drivers caught speeding in a school zone pay double in fines — and there are no warnings.

The fines are as follows:

Parents at Mulrennan Middle School raised their own money in January to hire a crossing guard for the crosswalk outside the school after several near missed calls between drivers and students.

"Thank goodness we have the crossing guard because our students were safe where they were supposed to be on the sidewalk," said Waymire.

After the parents raised their own funds, local lawmakers and Hillsborough County Sheriff Chad Chronister called for crossing guards at every middle school that would need one.

The sheriff's office is currently studying what schools will be priority for a crossing guard come the 2019-2020 school year.

Waymire said county legislators, commissioners, the sheriff and others are stepping up to make school zones safer, "our drivers have got to be aware of not only our students, but our crossing guards."

ABC Action News spoke with the sheriff's office that is aware of the video and they say they were at Mulrennan Thursday afternoon.

In a statement, the sheriff's office said, "the behavior of the driver is unacceptable. While we work tirelessly to enforce Florida's traffic laws, we need drivers to take personal responsibility in helping us keep children safe."

The sheriff's office did not witness any moving violations on Thursday, but if deputies saw a driver entering a crosswalk while the crossing guard was inside of it, it would be a $163 fine.