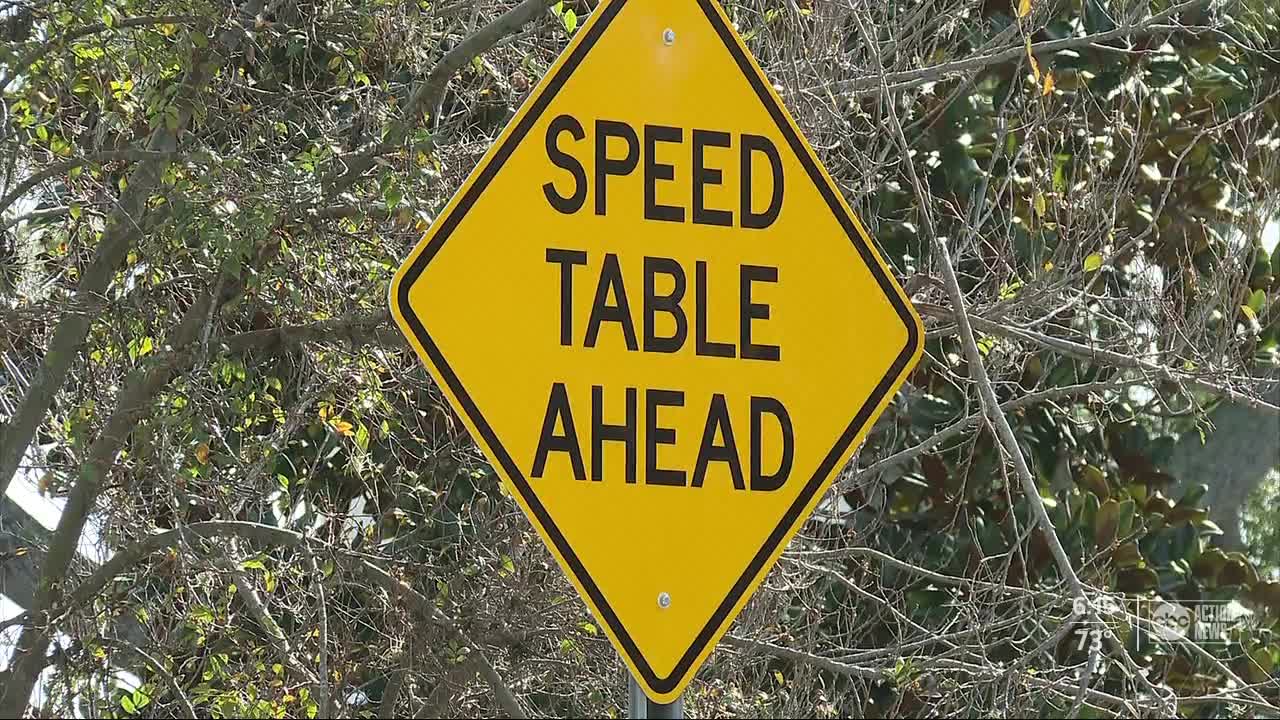 Getting results to keep your family safe, it's part of our mission to Drive Tampa Bay Forward. 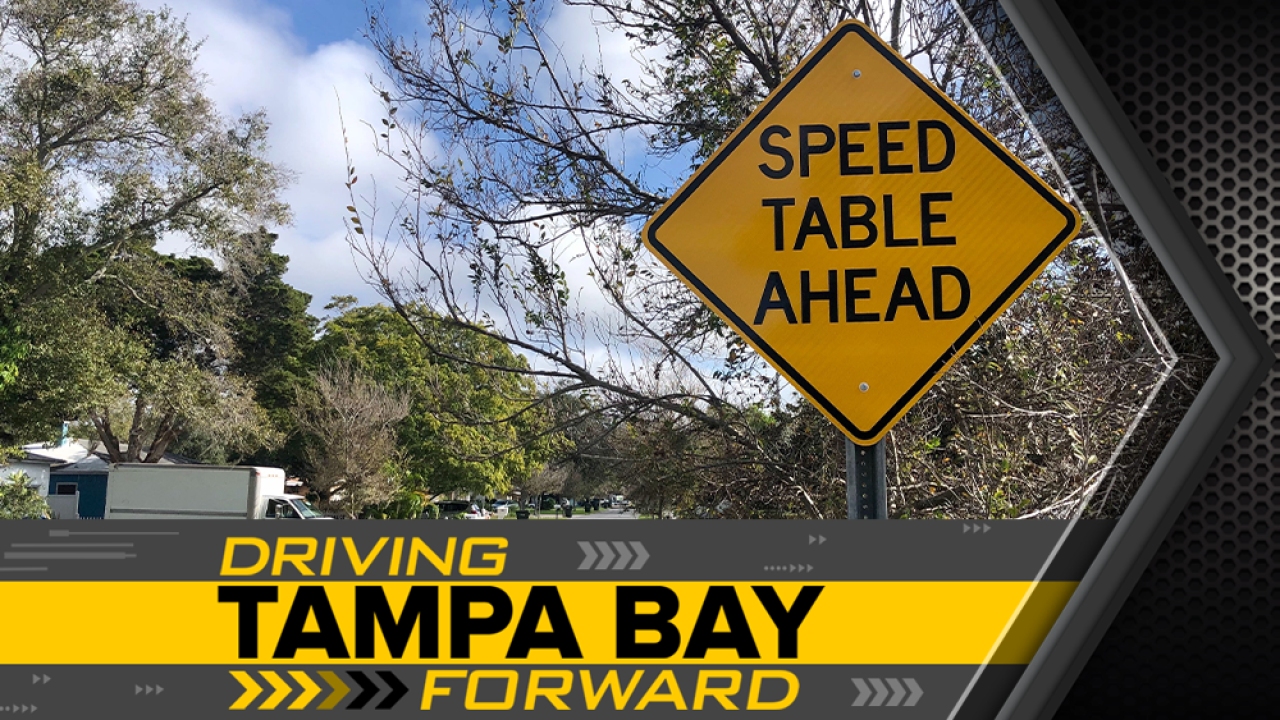 LARGO, Fla. — Getting results to keep your family safe, it's part of our mission to Drive Tampa Bay Forward. Now, our stories are helping to pave the way for speed tables in a handful of Largo neighborhoods.

Recently, Largo leaders voted to allow neighborhoods to petition for changes to tackle neighborhood speeding, including the addition of speed tables.

The first 11 new speed tables are in place as part of a new pilot project in Largo. It's aimed to slow drivers down on neighborhood streets and curtail the amount of people cutting through neighborhoods to avoid traffic signals on nearby larger streets, like W Bay, E Bay and Clearwater-Largo Road.

Now, the results from those initial speed tables are in. City leaders are finding the speed tables are reducing speed by 18% and helping to divert traffic from neighborhoods like Donna Shaffer's.

“I love them. I think they slow down the traffic a lot. The cars used to race through here,” she exclaimed.

Yet, not all cities in Tampa Bay agree that speed tables actually work.

Tampa leaders recently told ABC Action News that they stopped adding speed bumps, arguing they just divert problems to other streets. Pinellas County has not installed a single speed bump in unincorporated areas since 2009 when commissioners cut the program to save money.

Stephanie Rinker also lives on a street with the new speed tables. She isn't convinced they're doing enough to stop the speeding problem.

“They’re no good. They're a waste of time. Waste of money. People still speed,” she said.

Rinker would like to see the bumps higher and bigger to make them more jarring to speeding cars. The street where she lives, Howard Drive Northwest, had more than 1,000 cars travel on it during a 24-hour period during Largo’s study.

“I think it’s great," Shaffer said. "It slows everybody down. Everybody is in a hurry. What’s the hurry?”

The 11 initial speed tables are in the neighborhoods between West Bay Drive and Mehlenbacker Road and between the Pinellas Trail and Clearwater-Largo Road.

The neighborhoods are hoping to add new speed tables and need to get a 60% approval from neighbors. So far, Cambridge Drive has 23%, Sixth Avenue Northwest has 56%, Ridge Road Southwest has 43% and El De Oro Drive neighborhood is just beginning to collect signatures.