Contractor defaults on several road projects across Florida, including widening US 301 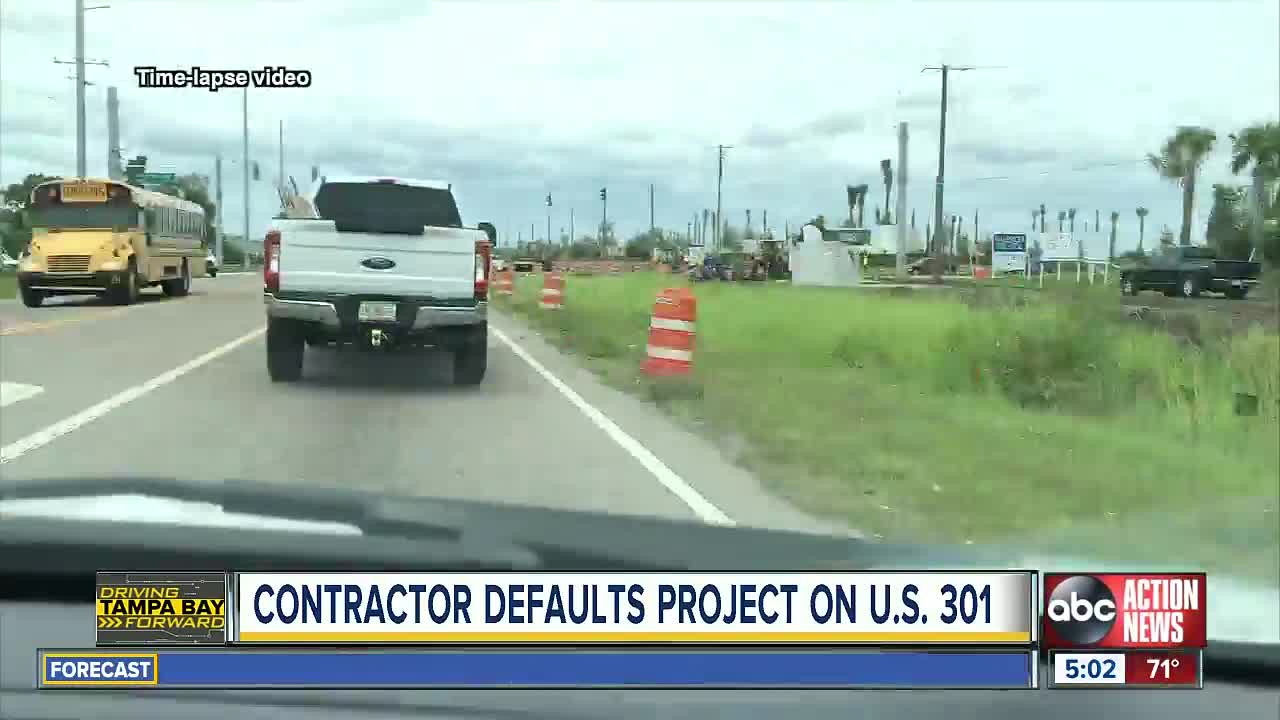 A contractor for a major construction project on US 301 has defaulted, but state transportation leaders say the traveling public should not notice a change. 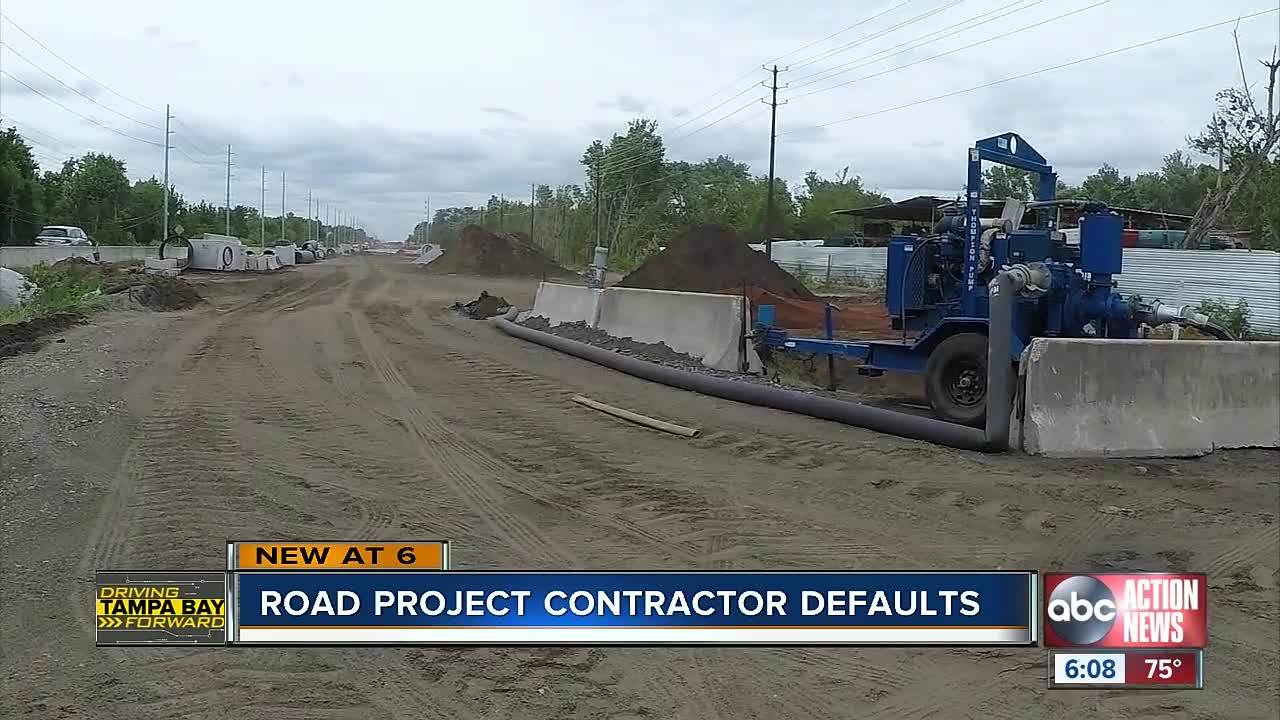 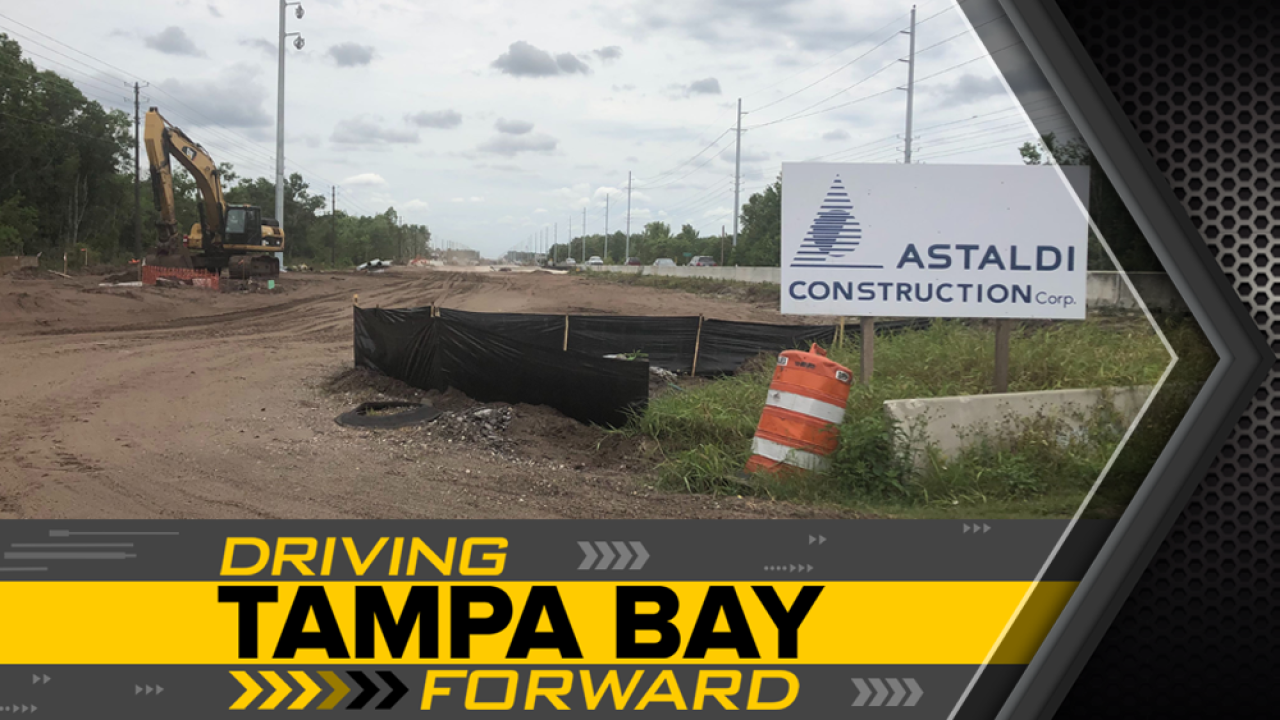 A contractor for a major construction project on US 301 has defaulted, but state transportation leaders say the traveling public should not notice a change.

A portion of US 301 has been under construction from Sun City Boulevard to Balm Road for the past two years because of a widening project through Riverview.

The Florida Department of Transportation said they have have received official notice that Astaldi Construction Corporation, out of Italy, has defaulted on the project.

In a statement, FDOT said:

"There was a tremendous amount of work being done, and then all a sudden it dried up," said Nick Fazio.

Fazio lives nearby and reached out to our Driving Tampa Bay Forward tip line because he said he saw workers nearly working around the clock until recently. Now, he says there's only a few workers.

Those nearly two dozen workers we counted on Tuesday are the subcontractors who the state said will still be paid.

Contractors who are awarded these multi-million dollar projects have surety companies, similar to what insurance companies are for.

FDOT said the four surety companies are now the ones in charge of hiring a new contractor.

We asked FDOT leaders how long that will take, but they didn't have an answer, except that the state and those surety companies are working quickly to find someone.

According to the project listed on the state's website, the improvements include widening the roadway to a six-lane divided road with a raised medians and paved shoulders, adding a five-foot sidewalk to the west side and a twelve-foot multi-use path to the east side and building new storm water drainage ponds.

The project is expected to be finished in late 2020.

Residents like Fazio are frustrated because there has been no communication about the situation.

"I'm optimistic about a lot of things, but I don’t think they can get this job done in a year and a half," he said.

Astaldi has four projects in total across Florida that will be impacted, including a Citrus County project on Halls River Bridge that is past its finish date.

ABC Action News found out last week that FDOT is using a grant to pay the Astaldi $7.5 million to complete the project that was supposed to be finished in October of 2017.

Fazio said he wishes the state would be more transparent about what is happening on US 301.

"It's not anger, its frustration and the frustration mounts from communication," he said.

FDOT told ABC Action News that they do not know why Astaldi defaulted and they could not say if the state is in communications with Astaldi or not.

The projects are now the responsibility of the surety bond companies:

"The surety bondholders are responsible for finding replacement contractors who are FDOT prequalified," said Kris Carson, a spokesperson for FDOT.

Carson adds that a contractor going default on a project does happen and that is why the surety companies are in place.

We reached out to Astaldi on a list of Florida based numbers but they were all either disconnected, or the voicemail was full.