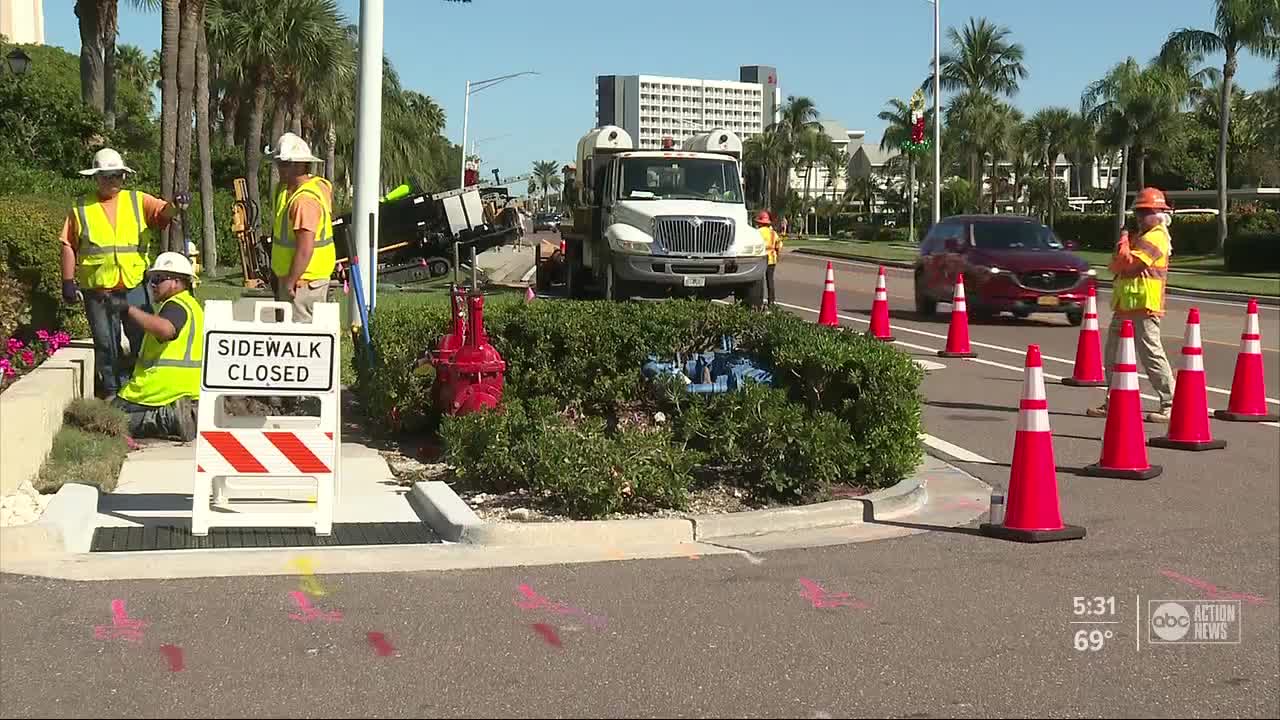 A $1.98 million construction project started Tuesday in the Sand Key area of Clearwater Beach. Crews are working to replace 5,000 feet of sewer line from the Coast Guard Station to the Sand Key Bridge. 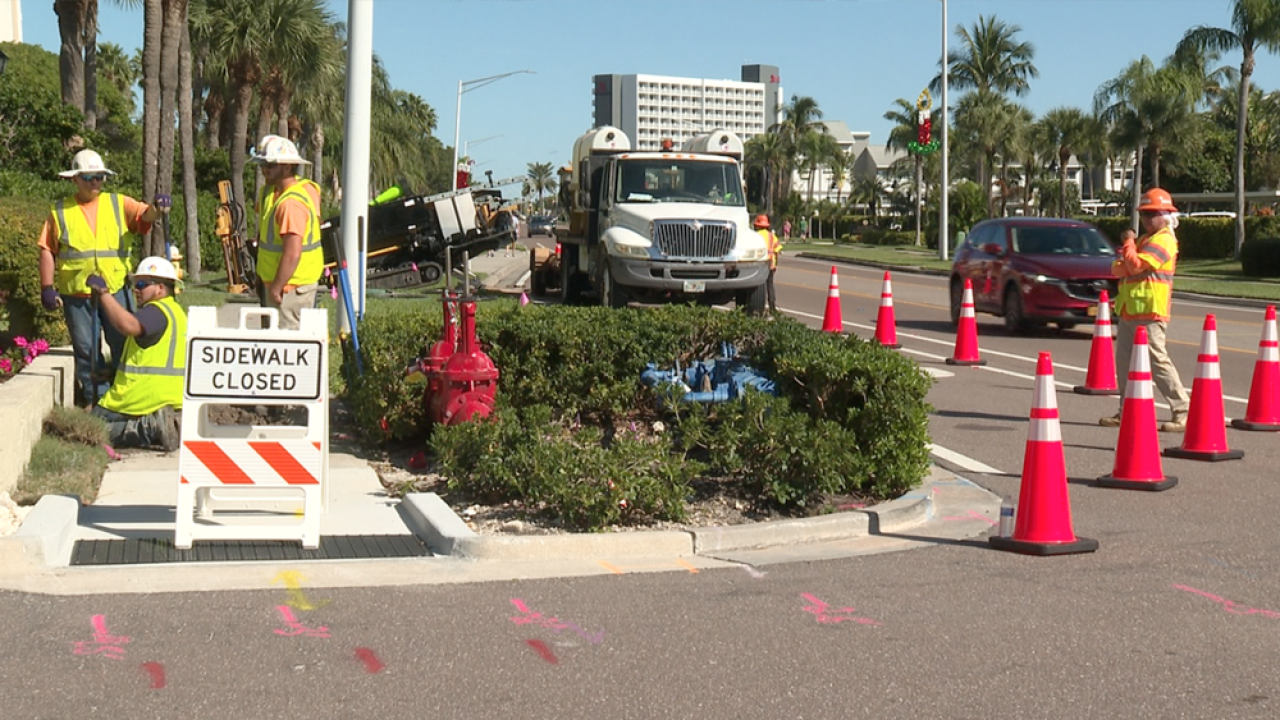 CLEARWATER BEACH, Fla. — A $1.98 million construction project started Tuesday in the Sand Key area of Clearwater Beach. Crews are working to replace 5,000 feet of sewer line from the Coast Guard Station to the Sand Key Bridge.

Daniel Penrod was nervous hearing that the construction would begin just as the peak season for tourism and seasonal residents begins in Pinellas County's beach communities.

“There's a lot of winter visitors and it tends to be more congested even without construction,” he explained.

Gulf Boulevard is the only way on and off the Sand Key area of Clearwater Beach. “At times, it can be frustrating. You feel you can’t go anywhere. There’s no shortcuts,” Penrod elaborated.

As part of our mission to Drive Tampa Bay Forward, ABC Action News went straight to city leaders to find out what they’re doing to minimize construction impacts during the busy tourism season.

What we found out, is good news.

“We’re going to have minimal impacts to traffic there may be lane shifts but there won’t be any lane closures," Joelle Castelli, a spokesperson for the City of Clearwater explained.

Castelli says because crews are using a method called directional drilling, they can keep traffic lanes and most residential and business entrances open. The directional drilling allows construction teams to use an underground drilling method, rather than digging up the entire area.

Christi Harrison, a server at Shorty’s On The Deck was happy to hear that business impacts won't be as severe as some imagined. “It’s very important because the busy months are how we survive and we need the locals and tourists to be able to get around,” Harrison said.

Clearwater leaders stress that the work must happen. They’re dealing with repeated problems with the sewer force main that moves wastewater from homes and businesses on the beach to the mainland and say replacing the entire sewer line is the best option.

John Peters, a seasonal resident on Sand Key, agrees. “Progress goes on and in the moment we don’t like it, but we have to admit, in the end a lot of it is better.”

Construction will wrap up around September, taking 8 months to complete.

If you have questions or concerns about the project, you can call the City of Clearwater’s engineering department at (727) 562-4750.